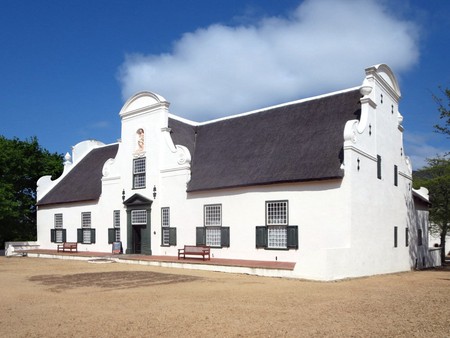 Groot Constantia is a national monument and South Africa’s oldest wine-producing estate, founded in 1685 by Simon van der Stel, the first governor of the Cape of Good Hope. The historic wine estate is characterized by rows of grapevines, green rolling hills, manicured gardens, and sweeping vistas of the Constantia Valley, offering visitors a delightful retreat from the city. 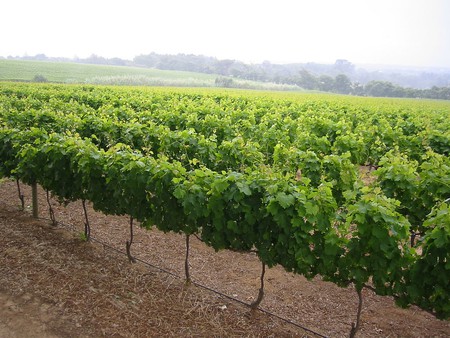 Steeped in history, the Groot Constantia Estate originally formed part of a much larger farm called Constantia, which stretched for miles around the valley but was later subdivided after van der Stel’s death in 1712.

Over a century, the estate was owned by several Dutch settlers who continued to produce wine on the farm. One of the most ambitious owners was Hendrik Cloete, who transformed the neglected farm into the picturesque estate it is today.

In the late 18th century, Cloete erected a wine cellar, the Jonkershuis complex, containing slave quarters and stables, and a historic swimming pool on the slopes of the estate, all of which can be observed today. The old cellar now houses an historical carriage and wagon collection, and the Jonkershuis building has been converted into a restaurant. 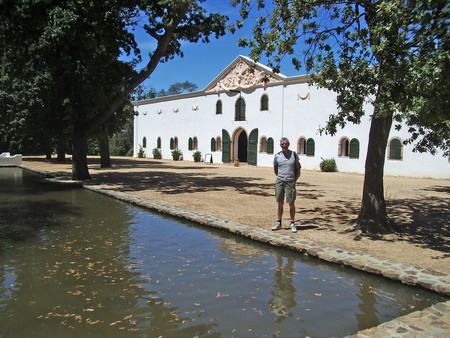 Cloete was ordered to sell the majority of his wine to the Dutch East India Company, and later to the British who had annexed the Cape in 1795.

During the 19th century, the sweet wines of Groot Constantia rose to fame for their superior quality and became known worldwide as ‘Constantia Wyn.’ The dessert wine fetched extremely high prices at well-attended auctions in Europe and was quaffed by emperors and kings, from Frederick the Great to King Louis Philippe of France.

So magnificent was Constantia Wyn that great authors such as Jane Austen and Charles Dickens lovingly referenced it in their works, and Napoleon Bonaparte had monthly supplies shipped to him on St. Helena Island to ease his exile.

Today, Groot Constantia continues to delight wine connoisseurs around the world. The estate has since recreated the famous 18th-century wine, which has been renamed Grand Constance — a title historically used by the wine estate, which is also the French translation for Groot Constantia. 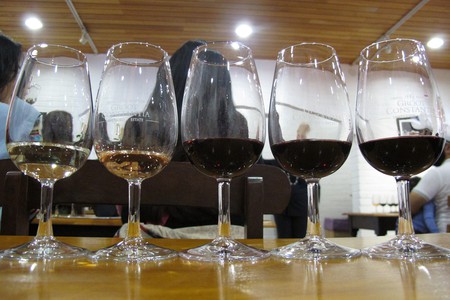 Grand Constance is a blend of red and white Muscat and has a beautiful liquid amber color. With notes of dried fruit, honey, caramel, and rose petals, the natural sweet wine is best enjoyed slightly chilled.

In 2012 and 2013, Grand Constance walked away with the top award from the Monde Selection International Wine Contest in Brussels. Adding to this success, the 2013 Grand Constance was selected as one of the Top 100 SA Wines in 2016 and named best in its class.

Aside from Grand Constance, the estate produces a number of award-winning varietals produced by an expert team of wine makers. These can all be enjoyed at the Jonkershuis Restaurant or Simon’s Restaurant situated on the estate. 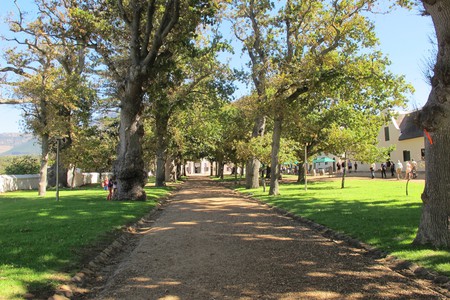 Under the cool shade of centuries-old oak trees, the two restaurants serve international fare such as burgers, meat, and seafood dishes. But for a truly Capetonian experience, try the delicious Cape Malay cuisine or tasting menu at Jonkershuis.

Daily wine tastings, wine and chocolate pairings, and tours of the modern cellar are available. Alternately, the expansive grounds are perfect for an afternoon stroll.

The Groot Constantia Manor, Simon van der Stel’s original Cape Dutch homestead, has been converted into a museum run by Iziko Museums, and it is decorated with historical furniture, paintings, ceramics, copperware, and brassware from the Iziko collections.

A tour of the museum is like traveling back in time and is a must-see when in Cape Town. Additionally, the Iziko Orientation Center provides unique insight into the history of the estate through a detailed display.

Groot Constantia is open seven days a week from 9am until 5:30pm, however the restaurants remain open until 9pm.