How Gorillas and Rwandan Locals Depend on Each Other

Rwanda’s beloved mountain gorillas are experiencing an exciting resurgence. Though their numbers once dwindled as a result of poaching, war, and habitat loss, Rwanda’s Volcanoes National Park has witnessed the gorilla population steadily rise, mostly because of Rwanda’s conservation efforts, just as the country’s tourism industry is buoyed by the mere existence of these creatures. Read on to find out why the relationship between Rwanda and its mountain gorillas is a unique form of interdependence.

Though there is a lot to see and do in Rwanda, the country’s famous mountain gorillas bring in most of the country’s tourists. Lodges such as the luxurious Bisate Lodge are built around the very concept of gorilla-related travel, sparking an entire tourism industry. From the growth of hotels around the country to the dozens of new tourism companies, restaurants, and boutiques that have sprung up, gorillas have undoubtedly contributed a lot to the international recognition of Rwanda.

There are approximately 880 mountain gorillas left in the world, with about half residing in the Virunga mountain range. This range is shared by Rwanda, the Democratic Republic of Congo, and Uganda. One of the biggest threats to mountain gorillas is the loss of habitat, and Rwanda has made every effort to maintain the size of the park and make sure the gorilla population is appropriately protected. Possibly as a result, over 60% of the gorillas in the Virunga mountain range reside in Rwanda. 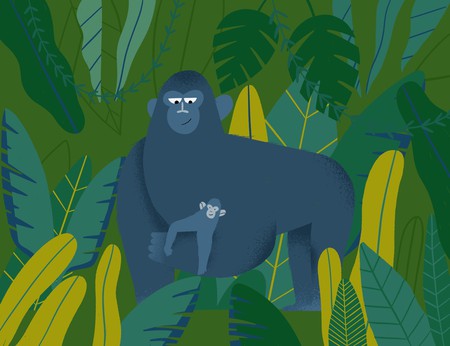 Unfortunately, just mere years after Dian Fossey’s gorilla conservation work, skirmishes in gorilla habitats deterred the population growth of these endangered primates. After Rwanda experienced the harrowing genocide of 1994, the country endeavored to rebuild. Alongside the revival of cities, towns, and communities, the gorilla population also started to make a comeback. Since 1994, Rwanda has experienced peace, political stability, and fewer human threats to the mountain gorillas.

Gorillas share 98% of their DNA with humans. As a result, gorillas have notoriously frail immune systems when it comes to interacting with humans, and Rwanda does everything it can to prevent the spreading of disease, airborne viruses, and bacteria. Tourists are not allowed to hike to the mountain gorillas if they have flu or a cold, and upon reaching the gorillas, cannot stand closer than 30 feet (10 meters). In fact, to keep the gorillas content, tourists are only allowed to observe the gorillas for one hour before returning down the mountain. Gorilla doctors are also on hand in case any of the gorillas fall ill. 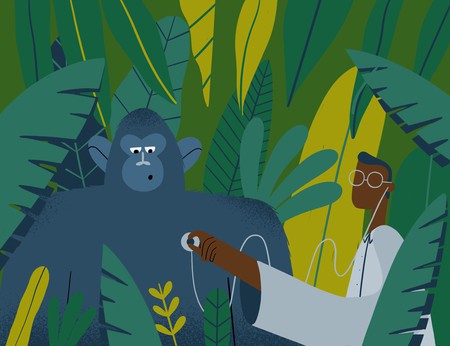 In 2017, Rwanda increased gorilla trekking permits from US$750 to US$1500. Although this decision was met with a lot of pushback, it was done to raise more funds for conservation efforts and surrounding communities. Previously, communities were given US$37 per gorilla-trekking tourist for schools, hospitals, clean water sources, and business development. With the price increase, Rwanda now gives surrounding communities US$150 per tourist.

Before these institutionalized funds, these communities were some of the gorilla’s biggest threats, as impoverished families would poach gorillas, take trees and food from their habitat, or accidentally kill them while in search of other animals. Now, with tourism dollars directly impacting these same communities, the incentive to preserve is greater, and reformed poachers are now found in a range of roles such as park rangers, gorilla trackers, porters, and conservationists.