Who Was William Onyeabor: Nigeria’s Funky and Mysterious ‘Fantastic Man’? 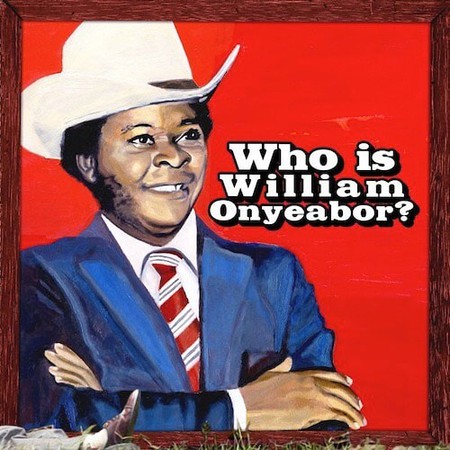 An unconventional, funky, and amazingly talented singer, William Onyeabor was an iconic man in the history of Nigerian pop music and its evolution, never to be forgotten. But who was the man behind the talent and why have so few been able to answer this question? Here we take a look at the life and legacy of Nigeria’s Afro-funk king.

William Onyeabor was considered the founding father of Nigerian electro Afro-funk. His biography has been shrouded in mystery, due to his refusal to discuss it, nor his music, since he claimed the Christian faith and turned born-again in the mid-80s. Onyeabor retired his professional singing career to pursue a career as a businessman running his flour mill company, which led to him being named West African Industrialist of the Year in 1987.

Onyeabor was born to poor parents in Lagos, Nigeria in 1946. His musical education began at an early age, when he started playing the piano and organ. He reportedly worked and saved himself some money to attend university in Russia in the early 70s, studying cinematography. Other biographies claim he studied record manufacturing—the contradictions about his life have never fully been resolved and people often made up things to fill in the blanks.

He returned to Lagos to start his own company, the music label Wilfilms. His music was widely heard in Nigeria in the late 70s and early 80s. During this time, Fela Kuti’s Afrobeat genre was dominating the music scene. There is no doubt that Onyeabor’s music was influenced by Kuti’s sound, although his music followed its own dynamic niche.

He had an inclination for synthesizers, drum machines, and D.I.Y. recording technology, which were all very rare in Nigeria at the time. His work produced compositions and recordings in a style of music never heard before—he melded together various Nigerian folk forms with American R&B, disco, and funk. His eight albums between 1977 and 1985 were all produced and released by his Wilfilms label.

Why Onyeabor was a ‘Mystery Man’

Onyeabor is often compared to Sixto Rodriguez, the mysterious and enigmatic 60s folk singer who puzzled his South African fans for over 25 years. Rodriguez faded into obscurity, prompting the disappearance of the master copies of his two albums in the process. However, Luaka Bop’s Eric Welles-Nyström and Nigerian-American journalist Uchenna Ikonne spent many years trying to answer the questions surrounding Onyeabor’s mystery. The enthusiasts went to his hometown in Enugu—where he was known as “the Chief”—but they recorded little success trying to find out about the singer. Onyeabor, however, implied that his oddly-secret life was a result of a period of suffering.

According to friends, Onyeabor was ordained as a pastor and privately recorded gospel music. He refused to play live and conduct interviews with the press. In an interview with the New York Times, Ikonne said that his earlier meeting with Onyeabor was “the toughest ordeal I had ever endured in my life.” Luaka Bop also had a first-time tense phone conversation with him, claiming he said, “I only want to speak about God. I don’t want to go back to that time.” After which he hung up.

Onyeabor died in his sleep at the age of 70 on January 16, 2017. He is survived by four children. The mystery identified with his life made him more popular than he had ever been alive—the singer’s life and music still remains one of music’s most insoluble puzzles.