Language and Lionheart: Why Nigeria's Oscar Choice Was Disqualified 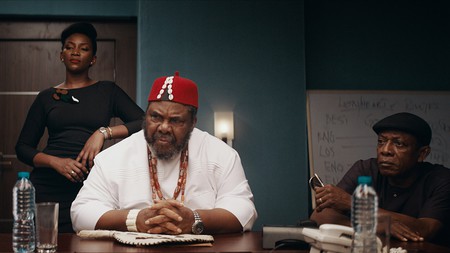 Nigeria’s first ever Oscars submission was disqualified from the 2020 awards after the Academy said actors in the film spoke mostly English. The decision caused widespread uproar in the film industry with many saying that colonialism was to blame, and not Nigeria’s filmmakers. Others defended the Academy, saying the rules on submissions for best international feature film are clear.

Though more than 500 indigenous languages are spoken across Nigeria, with English being the country’s official language, the most widely spoken languages are in fact Yoruba, Igbo, Hausa and Nigerian Pidgin. English itself is used as a second language by close to a third of the population.

Lionheart, the directorial debut of Nigerian actress, Genevieve Nnaji is a 95-minute long feature film which features only 11 minutes of Igbo, with the rest in English. In an interview with the BBC, Nnaji explained that the decision to use English in the film was based on the fact that it “represents the way we speak as Nigerians. This includes English which acts as a bridge between the 500+ languages spoken in our country.” 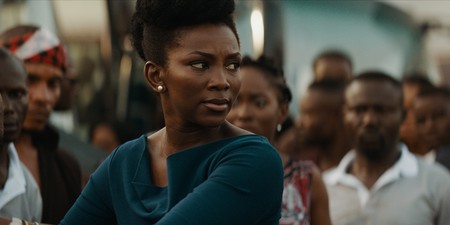 The film follows the story of Adaeze, a young woman who steps up to run the family business in the face of unbridled sexism. The film was well received locally and internationally after its official launch at the Toronto International Film Festival (TIFF) in 2020, and after a countrywide cinematic release at home. Netflix acquired distribution rights, making it the streaming service’s first original film produced in the country.

The decision by the Academy to disqualify Lionheart polarised Nollywood and international film industries and audiences, with the likes of filmmaker Ava DuVernay speaking out in support of the film. Not only was it a devastating blow for the country’s long-established film industry, but it called into question just how much power outsider perspectives on Nigerian culture still exists, “We did not choose who colonised us. As ever, this film and many like it, is proudly Nigerian,” Nnaji tweeted. 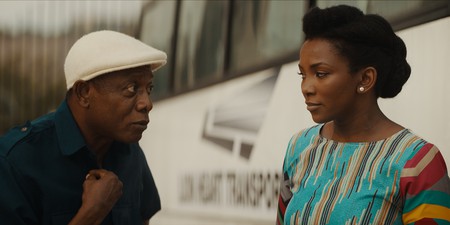 Atlanta-based Nigerian-American film blogger Taynement states: “The rules by the academy are antiquated. Beyond Lionheart‘s disqualification, they do not reflect the changes and progress in modern times.” She adds: “Lionheart was done predominantly in English but the culture depicted, the proverbs and mannerisms are clearly not english….The Academy should ask itself what makes a movie ‘best foreign feature’: language, or content?”

But Nigeria’s no-show at the Oscars has started an important conversation about the lack of representation of former British colonies in major international awards. It sheds light on how colonialism continues to strangle the growth of independent nations but also highlights the hypocrisy after South Korean film, Parasite, won Best Picture award – no matter how deserving. 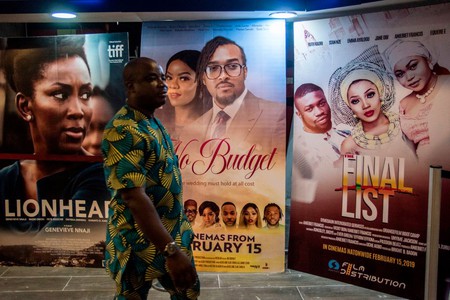 On a continent where European languages still dominate, the argument that the Academy is pushing a narrative that Nigeria is ‘less foreign’ because English is its official language is an interesting one, and not entirely unfounded. Based on the Academy’s rules for submissions of foreign films, those produced in other former British colonies would have to contend with major Western productions such as this year’s Joker, Once Upon a Time in Hollywood and The Irishman in order to be considered. This is not to say that that would be impossible, after all Nollywood is one of the largest film industries in the world based on the sheer quantity of films produced. However, a lack of funding and support poses the biggest challenge for film industries in developing nations.

The Academy Awards committee co-chair, Larry Karaszewski, called the situation “less of a controversy, and more of a misunderstanding”. He clarified the Academy’s rules, stating that despite the change in name from ‘Best Foreign Language Film’ to ‘Best International Feature Film’ earlier this year, the rules for the category remain the same: films must be predominantly in a language other than English.

Lagos-based film director and founder of production company, 37th State, Bolaji Kekere-Ekun says: “If we follow the ‘rules’ of the Academy, then yes, Lionheart doesn’t qualify – however rules hardly give room for nuance. If an exception was made for this feature, then it would have set the precedent for any film from any part of the world where English is the official language”. Following on from the release of his latest short, An African Mermaid Story: Call Me By My Name (2019) which was filmed entirely in Nigerian Pidgin, he adds: “While English might be the official language in Nigeria, Pidgin is more prevalent and used to communicate along ethnic and class lines.”

In contrast, actress Christina Oshuniyi – who currently stars in crime drama Brethren on Africa Magic Showcase – believes that the uproar and disappointment could have been avoided with proper research of submission criteria. Oshuniyi states that: “There are many languages in Nigeria and now is a time to reflect and celebrate the diversity in our films so that they can reach millions of Nigerians. This uproar, I feel, should give the country’s filmmakers and audiences the opportunity to create our criteria for film excellence rather than seeking validation from outside…We can reward the many talents here with our own continent-wide Oscars.”

The main takeaway from Lionheart‘s non-Oscar debut and the ensuing outcry is that the Nigerian film and television industry is being closely watched internationally, not just by the diaspora. Nollywood is huge both in productivity, output and reach. It is the second-largest global film industry and its beginnings in the 1970s stem from movies that were created – often with incredibly short turnaround times – in volatile and uncertain political times.