Where to Stay and Go in Casablanca: the Best Hotels and Neighbourhoods 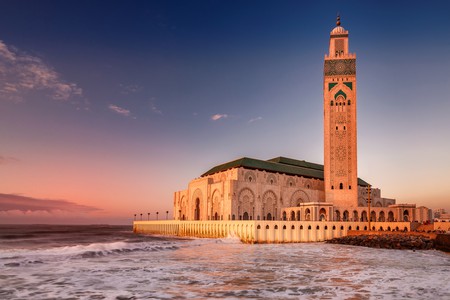 Its name is synonymous with wartime spies and a gin joint, but modern Casablanca is where you’ll find upmarket shopping precincts and beachfront restaurants alongside Art Deco buildings, 19th-century alleyways and traditional souks. Here are Culture Trip’s recommendations.

The largest city in Morocco, with a population of 3.36m, Casablanca is a diverse, eclectic city, recreated in a Hollywood studio for the 1942 classic Humphrey Bogart/Ingrid Bergman film. It is home to a vibrant community and diverse neighbourhoods, where 21st-century commerce sits next to narrow medieval streets and ancient markets. Casablanca is rich in culture and history; it’s romantic and picturesque, yet also active and adventurous. Deciding where to stay can be part of the fun, so let us help find the area that best suits you. 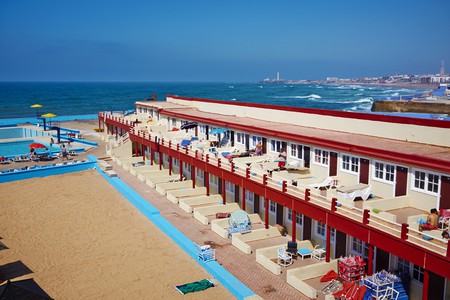 Ain Diab is a seaside area west of the city centre that stretches along the shores of the Moroccan Atlantic coast. Vibrant and affluent, it is known for its scenic beachside boardwalk, restaurants, shopping and hotels. Thanks to its sandy beaches, beautiful ocean views and romantic sunsets, the area is popular with families, couples, or luxury travellers. It is also home to Parc Sindibad, an amusement park and zoo, and the Morocco Mall, Africa’s largest shopping centre. A short taxi ride from the city centre, Ain Diab is also a popular surfing area, having previously hosted World Surf League competitions.

A range of family-friendly and affordable luxury accommodation can be found here, including the Club Val d’Anfa Hotel and Ocean Park Appart Hotel. 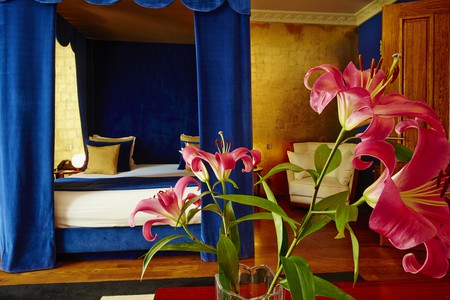 Casablanca’s city centre is ideal for short stays and from where you can explore the main landmarks. This bustling metropolitan area, Casablanca’s business hub, is dotted with restaurants, museums and many tourist attractions, all of which are within walking distance of each other. Visit Rick’s Cafe, Abderrahman Slaoui Museum, Ancienne Medina and Parc de la Ligue Arabe – an urban park that stretches more than 30 acres (12ha). From here you can take public transport to other parts of the city – with trams, buses, taxis and airport buses all widely available.

The city centre has some of the best luxury hotels including the Hotel Le Doge Relais & Chateaux, as well as budget-friendly accommodation such as Hotel Maamoura. 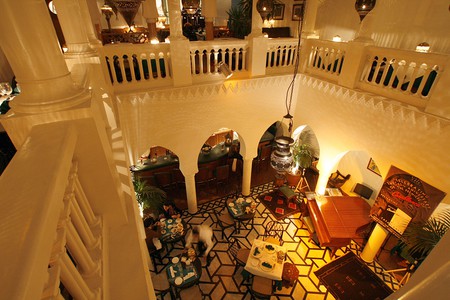 The Ancienne Medina is the authentic neighbourhood in the heart of the city, dating back to the late 19th century, and the perfect place to explore the city’s history through its narrow streets and old-world buildings. Known for its colourful street art, it’s also within close proximity to the largest mosque in Africa, Hassan II Mosque, as well as charming souks, traditional cafés and restaurants. Noteworthy recommendations are La Sqala, a popular garden restaurant in an old fort, and Rick’s Cafe, inspired by the famous bar featured in the film Casablanca.

There is ample choice of accommodation in Ancienne Medina. From backpacking hostels to affordable traditional riads like Ryad 91 to hotel chains like the Hyatt Regency. 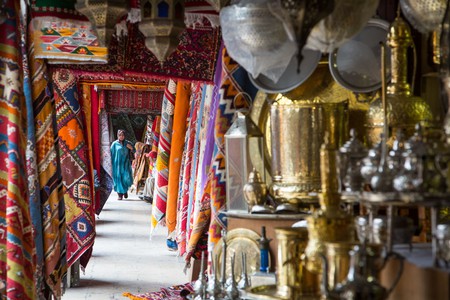 The Quartier Habous is a unique neighbourhood in Casablanca. It highlights the culture clash of Moroccan tradition with a modern French style. Also known as the New Medina, this neighbourhood was built by the French in the 1930s and features Moorish details as well as French-influenced architecture dating back to the early days of the protectorate.

The area is particularly of interest if you like ornate decorations and traditional design. Compared to other neighbourhoods in the city, this quartier has more of a local feel and you’ll find traditional cafes, authentic local markets, shops and restaurants. Other noteworthy attractions in Habous are Parc Murdoch, created in 1907, the Royal Palace and the Mahkama du Pacha, the city courthouse.

Accommodation options include a mix of mid-range offers such as the Seven Hotel or budget alternatives such as Hotel Casablanca. 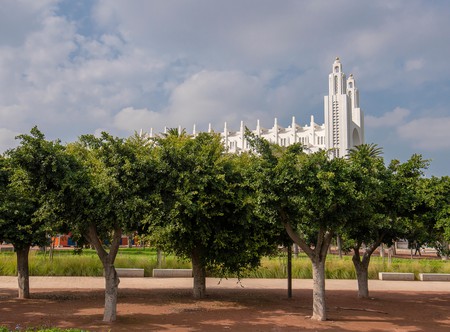 This energetic and vibrant neighbourhood is renowned for its nightlife, varied cuisine, vibrant art scene and up-scale shopping. There’s a wide selection of Irish pubs, wine bars and clubs; restaurants offer all sorts of international cuisine as well as vegan/vegetarian options. High-end shopping can be had in the Twin Centre; and at the Kenzo Tower Hotel you can enjoy panoramic views of the city from Sky 28 lounge and bar. There is an emerging art scene, with several art venues and galleries, including So Art Gallery, Thema, B & S Art Gallery and Espace D’art Actua. The Laredo Art Gallery, Galerie H features Moroccan art, and the 1930s Casablanca Cathedral is an unmissable attraction. The neighbourhood has good transport links, but it is also entirely walkable.

Mid-range to luxury accommodation options in Gauthier include the Art Palace Hotel & Spa and Hotel Gauthier. And while prices may be higher, you’ll have a vast selection to choose from.