Rabat on a Budget: A Student’s Guide to Morocco’s Seaside Capital 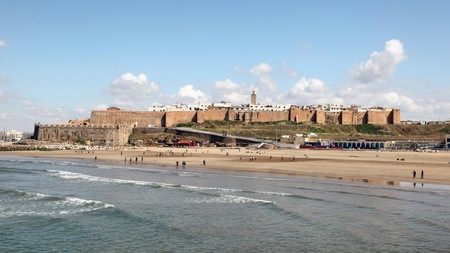 Rabat is Morocco’s political centre and cultural hub, home to several UNESCO World Heritage sites, gorgeous beaches and sprawling markets. And if you know where to go, it’s easy to enjoy city life without breaking the bank. Culture Trip spoke with Rabat’s local and international students, who shared their tips on how to experience this charming city on a budget.

Get the best shopping deals in Old Medina

If you’re looking for a bargain in Rabat, chances are you’ll find it in the Old Medina. Unlike the medinas in Marrakech and Fes, this particular one is smaller and less frequently visited by tourists. It’s where students and locals go shopping, says Mohamed Mahna, a recent graduate of Faculté des Sciences de l’Education in Rabat. “There is always something new and magical to discover,” he says.

The Old Medina’s back alleys sell pastries and sweets for a single Moroccan dirham each (£0.08), ear piercings for 25 dirhams (£2.11) and used books for under 30 dirhams (£2.54) – as well as clothes, fresh produce and many other trinkets. But be aware that the stalls clustered around the medina’s entrance by the Kasbah of the Udayas are geared toward tourists and tend to be pricey. To avoid this, head through the southern side of the medina (toward Avenue Hassan II), as this is where you’ll find the best deals. 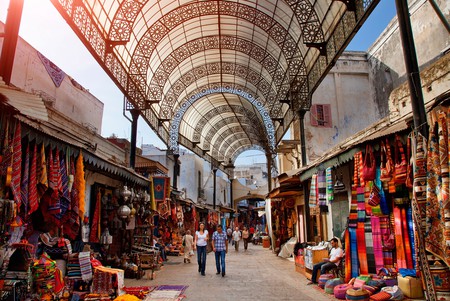 Enjoy surf lessons at the beach

Rabat’s main beach, Plage de Nations, is a great place to spend the day if you’re looking to save money while enjoying scenic views. And while Rabat might not be known for its surfing like cities in the south, the beach here offers surprisingly good waves. The lessons are cheap and so is renting a board.

For Brianna Gist, an American college student who spent a semester in Rabat last year, surfing at the beach was a highlight. “It was a great way to shake up the routine of the week,” she says. Each surf club offers different prices, but Gist recommends the ones right on the beach where prices are low. One lesson, including board and wetsuit rentals, costs around 100 dirhams (£8.45) for an hour or two, with discounted prices for groups. 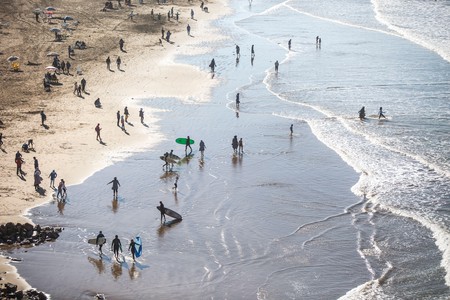 Surfers at the beach in Rabat | © catwalkphotos / Alamy Stock Photo

Immerse yourself in some stunning street art

Want to see some great art at no cost? Rabat holds a street-art festival every spring, bringing in Moroccan and international artists to paint gorgeous, large-scale murals across the city. Head to the Rabat Ville train station, walk down Avenue Moulay Ismail or wander through the alleys of the Old Medina to find these world-class works of art.

The Mohammed VI Museum of Modern and Contemporary Art is also worth exploring for its great collection and rotating exhibits. Entrance fares are cheap, at only 40 dirhams (£3.38), but anyone who lives in Morocco gets in for free on Fridays, including foreign students – just flash your student ID. 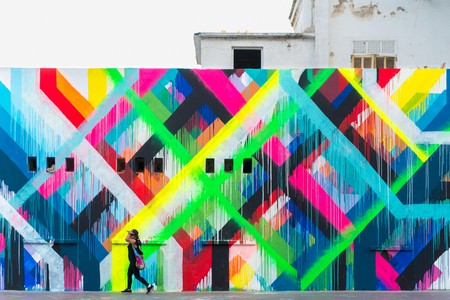 Be sure to haggle

If you’re buying anything without a listed price in Rabat, you’re often expected to haggle to try to get the price down. And while haggling can be overwhelming, you will get better at it and you’ll be able to save. So how do you haggle effectively? Before you buy anything, walk around and ask several different vendors to see what the typical asking prices are for your chosen good. It will give you a good idea of how much it should cost.

Artisans won’t appreciate it when you try to pay far less than the going price for their craft; but likewise, taxi drivers will try to convince you that paying double for a trip is the usual. “Make sure you know how much it should cost,” says Sydney McCourt, an American photographer and student who has lived in Rabat.

If any seller in the Old Medina prices something at more than 250 dirhams (£21), you should be initially skeptical, unless it is a luxury product (leather bags, for instance, or a traditional rug).

Watch out for those taxi fares

Rabat has decent public transport that might save you the stress of getting a taxi. There is a tram that runs on two tracks through the city, and a one-way ride will cost you just 6 dirhams (£0.50). But if you prefer taking a taxi, which is a cheap and convenient way to get around the city, make sure you avoid getting overcharged.

There are a few easy ways to make sure you’re getting a fair price. First, always make sure the driver’s meter is turned on at the beginning of the ride; the meter tracks the length and price of the trip. If the driver refuses, make sure you agree on the trip price before you get in the taxi; otherwise, it can get pricey. Any ride within Rabat’s city limits should never cost more than 40 dirhams (£3.38).

Many tourists tend to head to Rabat’s expensive hotel bars for nightlife, but there are plenty of ways to get out and meet people even if you can’t afford to spend a fortune on heavily taxed alcohol. Above Rabat’s lovely Renaissance Cinema, you’ll find Café Cinéma Renaissance, an Art Deco eatery with a balcony and a delicious crepe menu. On most weekday nights, the Renaissance hosts events like open mike nights, poetry readings and concerts – all for free or under 80 dirhams (£6.78). According to McCourt, “Renaissance is one of Rabat’s most vibrant places.”

Film enthusiasts should head over to Rabat’s Cervantes Institute for free film screenings and receptions, or the various language groups that meet across the city. And if you’re looking to pick up a few words in a new language, Rabat International Language Exchange and Rabat Intercultural Meeting is your best bet. The two Facebook groups host meetups where foreigners and locals come together to socialise in different languages like English, French, Spanish and Arabic. Free of charge, this is a great way to learn a new language and make friends at the same time. 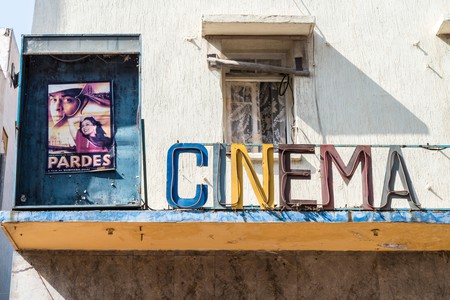 Street vendors are your friends

For a cheap bite to eat, you’ll get the best deals from street vendors. Find the best stands on Avenue Mohammed V, which runs through the Old Medina and then down through the heart of the city, or on the docks by the beach. Locals trust these vendors, Mahna says, even if the wealthiest might eat in “luxurious places like Agdal” (Rabat’s high-end neighbourhood). You can get hot shawarma, savoury flatbread (M’semen), sandwiches and even snails at these stands. Just make sure the stand looks sanitary and the food is still hot when you buy it to avoid any unwanted travel illness.

Rabat, like most major Moroccan cities, has a vibrant tourist scene and plenty of cheap hostels to go around. You should never pay more than 200 dirhams (£17) for a dorm bed in a hostel; private rooms will generally start at around 300 dirhams (£25.50) and go up from there. To find the best hostels, head to the Old Medina, which is centrally located in the city. McCourt recommends the Medina Surfing Association – which offers surfing lessons as well as beds. Set in a traditional house that is more than 100 years old, this unique lodgment combines old and new through its colourful interior. You can also find other hotels at decent prices along Avenue Mohammed V in the medina. Airbnb is another resource, though you should be careful to read reviews and vet the hosts.

Want to leave city limits? Take a boat across the river to Salé

If you’re itching to explore a new city but don’t want to pay much for transportation, a trip to Salé might be your best bet. Located just across the river, the city has a lot to offer. With far fewer visitors than Rabat, Salé has an authentic feel, as it is an area often overlooked, but it gives visitors the chance to experience a different side of Morocco. A boat ride to Salé costs just 2.5 dirhams (£0.21) each way. Once there, make sure you visit the Oulja Pottery Village for beautiful and unique ceramics that you can’t find in Rabat. “They had all types of pottery you could think of, and since the prices were so low, the purchases didn’t require much bartering,” Gist says. Prices for a pot range from 10 to 50 dirhams (£0.85 to £4.25).