The Top Safaris in Kenya You Have to Go on 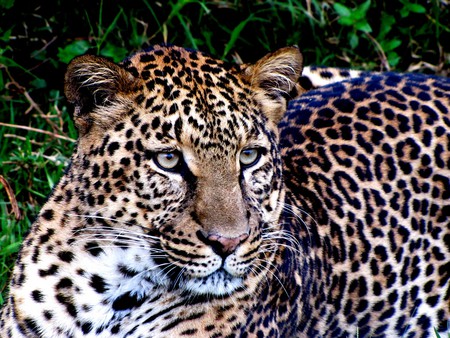 The ultimate safari trip to many is checking off the Big Five and other popular wildlife at a go. This is possible, but not an ideal way to go about it. A proper safari is all about the experience – go out in the wild and watch wildlife in their natural habitat. That said, here are the best places for a safari adventure in Kenya.

A safari here gives off a real countryside vibe. Located near Mt. Kenya, it is relatively cold and usually plagued by an early morning mist that quickly dissipates as the sun rises. It has two contrasting habitats; The Kinangop Plateau comprised of a moorland and the Salient comprised of dense lush rainforest and a series of hills dotted with waterfalls.

Due to its high altitude, it provides some of the best panoramic views, hiking and wildlife experiences. But you have to be on high alert as the thick vegetation forms a good hideout for the animals. Elephants, leopards, hyenas, buffaloes, black rhino and even the rare black leopard are some of the wildlife you will encounter.

Samburu National Reserve, on the other hand, is dry most of the year. It encompasses three adjacent parks: Samburu, Buffalo Springs and Shaba; which are all served by the Ewaso Nyiro river. The hilly landscape is accentuated by humongous termite mounds. The vegetation varies from shrubs and dry grassland to doum palm trees. That is not all – it lies on the Equator. As such, it is not only overrun with wildlife but animals native to both sides of the line can be found in the same place. They include Grevy’s zebras, gerenuks, reticulated giraffes, blue-legged Somali ostriches and beisa oryxes. 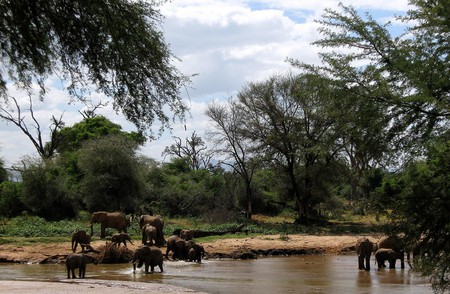 Amboseli National Park is elephant territory. The thundering movement of these majestic animals is a one-of-a-kind experience. To make it even better, tourists are treated to a jaw-dropping view of Tanzania’s magnificent Mt. Kilimanjaro. As the Kenya Wildlife Service explains, ‘nature lovers can explore five different habitats here ranging from the dried-up bed of Lake Amboseli, wetlands with sulphur springs, savannah and woodland’. 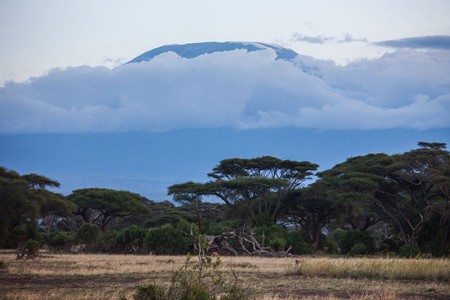 This is the most visited park in the whole country. Why? As the grass in Tanzania’s Serengeti National Park dries up, millions of herbivores, mostly wildebeest, begin their annual journey back to the Maasai Mara where by this time the grass is long and green following the long April rains. The excitement is around the migration alone, but the hurdles they face along the way. Lions, cheetahs, leopards, hyenas, wild dogs, and jackals prey on them over land and as they cross the Mara river, crocodiles lie in wait. There is plenty of action at every turn. 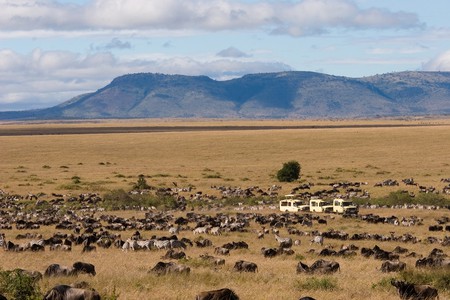 This is quite small, but the size hardly matters because it has just as much to offer as its larger counterparts, if not more. It is located in the southern coastal area and is frequented by tourists staying in Diani Beach. With one waterfall and a lush vegetation, it hosts a variety of beasts like elephants, buffaloes, sable antelopes, Masai giraffes, warthogs, baboons and 300 butterfly species. 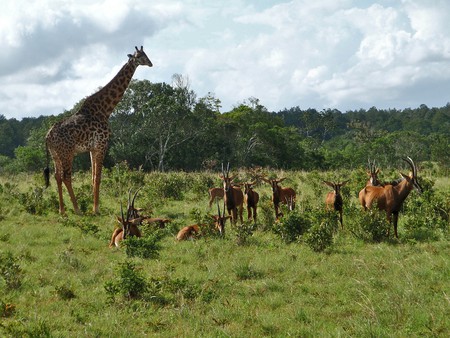 The least-known national park, but one with a lot to offer. The landscape is stunning – the dry grassland contrasts with the rolling hills and the riverine forests found along several streams. Indigenous baobab trees stand side by side with doum palms. The array of wildlife includes lions, cheetahs, elephants, rhinos and Grevy’s zebra among others. 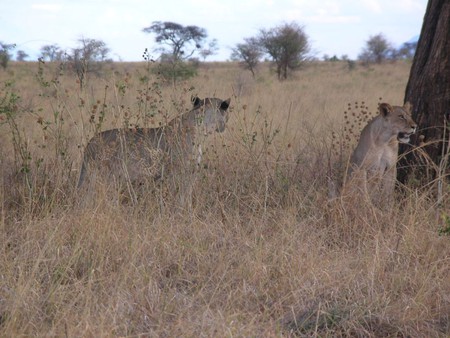 Once famous for its flamingo population, Lake Nakuru hasn’t lost its lustre. It is a couple of hours away from Nairobi, making it a perfect destination for a one-day safari trip. The Rift Valley escarpment, the expansive lake and the surrounding vegetation, with patchy grassland form the landscape here. Expect seasonal waterfalls depending on the time of year. The river around the lake, hosts hippos, waterbucks, both black and white rhino, elands, impalas and plenty of birds. The forested area, near the designated camp site, is where to find lions – up in the trees. 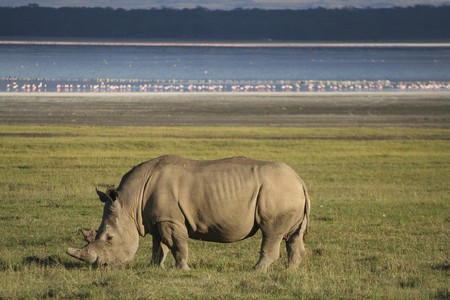 Nairobi National Park sits right next to the city centre, to the south. Despite its odd location, it is teeming with wildlife. You can spot lions and hyenas in the open grassland, but cheetahs and leopards seem to shy away. Other types of wildlife include buffaloes, giraffes, warthogs, gazelles, zebras and ostriches. There are also 400 bird species further down in the forested area near the river. The park offers two game viewing options: a drive around the park or a safari walk through a canopied bridge. 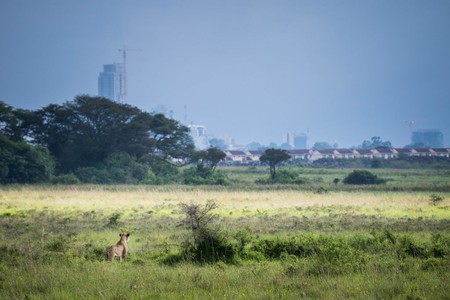 This is the epitome of wilderness. Its rocky hills, natural springs, swamps, dormant volcanic cones and a lava bed combine to form a dramatic vista. Hippos and crocodiles dominate the springs while gazelles, impalas, lesser kudus, rhinos, zebras, oryx, giraffes and elephants opt for the numerous waterholes. Where there is prey, predators are not far behind. Lions, cheetahs, leopards and hyenas lie in wait by the water. 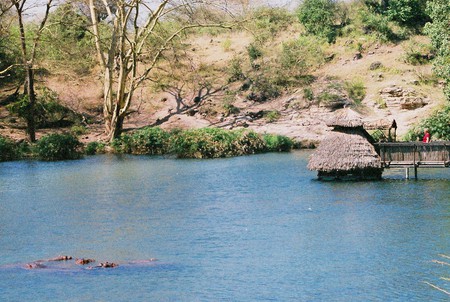 A view of mzima springs | © Alan Newman / Flickr
Give us feedback