How to Spend 24 Hours in Mombasa 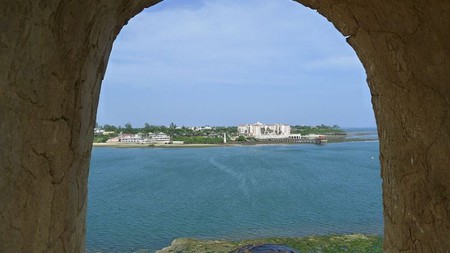 The town of Mombasa is also known as Pwani in Swahili, which directly translates to “people of the coast.” This port city also happens to be the second-largest city in Kenya and is steeped in culture and diversity because of its long history. Occupation of Mombasa across centuries oscillated between the Portuguese and Arabs from Oman, and the meshing of these cultures gives you so much to take in within 24 hours.

Coastal cuisine is colorful, aromatic and spicy from numerous herbs and spices influenced by the Arabs and Indians. This alone is reason enough for those who appreciate good food, a bit of history and the laid back natural beauty of a coastal city to want to visit this town. The Moorings Bar and Restaurant is one of Mombasa’s oldest restaurants and serves fresh, local breakfast fare with spectacular waterfront views. It is a floating restaurant balancing on the Mtwapa Creek, a vibrant bustling part of the city. 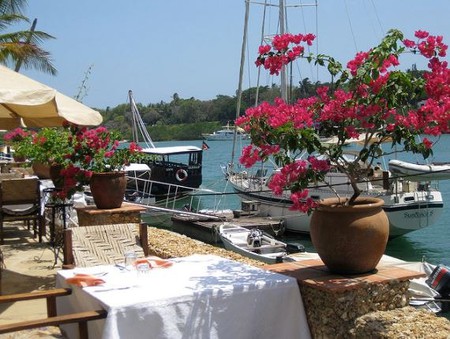 Mombasa‘s charm can clearly be seen in the old-style architecture of its buildings. There is a characteristic worn look, as well as the imprint of cultures that have inhabited the area over time. You will notice beautifully carved doors and huge balconies that are attached to old façades. The streets have women dressed in black hijabs and men in white kanduras, an unmistakable remnant of Arab influences. The men will take a break from their businesses at 10am for a cup of coffee brewed in brass kettles, known locally as kahawa chungu.

Pro tip: have a drink of the kahawa chungu for a culinary taste of how the Arab culture brews coffee.

Fort Jesus is a testament to how the Western powers of the time tried to control the Indian Ocean trade routes and wrest them away from Middle Eastern and Asian influences. It was built in the 16th century, between 1593 and 1596, and was designed by Giovanni Battista Cairati. The structure is a landmark celebrating the construction style of the Renaissance age.

Pro tip: enjoy a picnic at the museum and have a memorable time with family and friends. 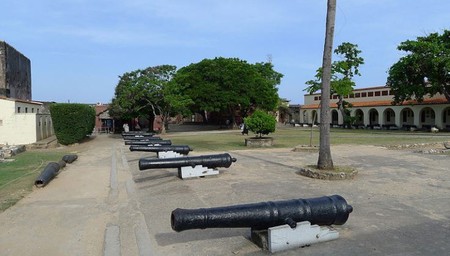 Go for a nature walk at Haller Park

Formerly known as Bamburi Nature Trails, this park allows you to enjoy nature in various forms. You have the option of a butterfly sanctuary, wildlife sanctuary, reptile park, or a bird-watching sanctuary. You can make an afternoon of it, with languid walks through the lush forest and serene lake for just KSh 200 (US$2).

As the evening begins to set in, the weather becomes cooler and you can enjoy the late afternoon on a speed boat provided by one of the many companies that offer jet skis, water skis, sail boats, speed boats, banana boats, peddle boats, kayaks, and canoes. This is a great way to wind down the adrenaline of the afternoon in anticipation of a relaxed evening.

Relax on a sunset dhow cruise

Watch the sun set on the Indian Ocean with a relaxing cruise on old-school, traditional Arabic dhows. The dhows usually have a guide, captain and assistant captain, and the deck is peppered with large, comfortable cushions and pillows. You can dip into the water ocean at selected spots as the sun sets on the horizon, or stay on board and enjoy some delicious, chilled coconut water or wine.

Pro tip: if you want, you can combine your cruise with dinner and enjoy a meal on the dhow as well. 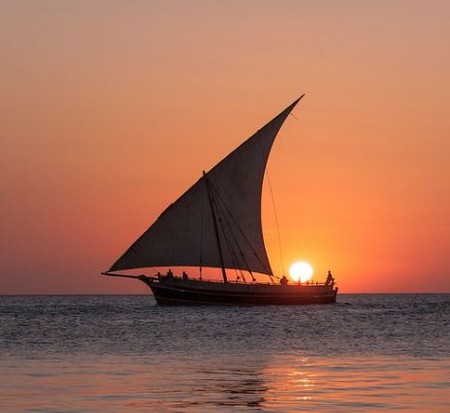 Feast on the freshest seafood

There is no better way to end your 24 hours in Mombasa than with a spectacular dinner. With fresh catches from the sea and fresh ingredients from neighboring communities prepared by excellent chefs, you will definitely be in for a marvelous meal. Mombasa is well known for its seafood offerings. Make sure you try some before leaving the city. 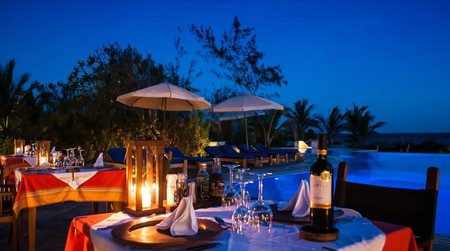 Mombasa is known as the city that’s always hosting a party, whether on the beach, at one of the many night clubs or hotel ballrooms, or by the pool. The weather is great for the club scene and the culture is very cosmopolitan despite being a predominantly Muslim city. Find your groove with one of the many offerings and dance the night away.

Pro tip: ask the hotel concierge for the most fun places to party.