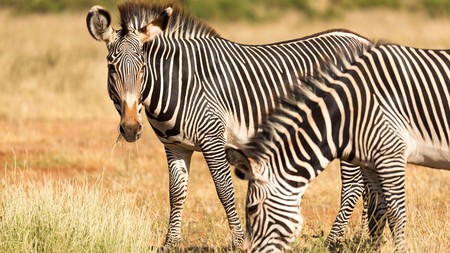 Picturesque Kenya has everything a traveller could wish for – beaches, mountains and the wild savanna and its wildlife. In fact, it is the only country with a national park a stone’s throw away from a major city centre. With wildlife roaming free wherever you go, here are some of the common Kenyan animals you may encounter.

If you’re wondering what animals live in Kenya and want to experience them yourself, book a spot on Culture Trip’s seven-day Kenyan adventure, where you’ll venture into national parks on game drives, stay overnight in wildlife lodges and marvel at the vast flamingo population of Lake Nakuru.

Long ago when game hunting was at its peak, hunters expressed their dismay at the difficulty of hunting five specific animals – the lion, leopard, Cape buffalo, African bush elephant and rhinoceros. Consequently, they named them the Big Five. These days, tourism bodies still use the term to describe these elusive animals – make them top of your Kenya safari animal checklist.

The king of the jungle dominates the savanna, so much so that they are the national animal of Kenya. Lions are ruthless; they kill both prey and competitors alike, including the cubs of a disgraced or deceased lion. They live in a pride, with lionesses doing the hunting but the lions eating first. 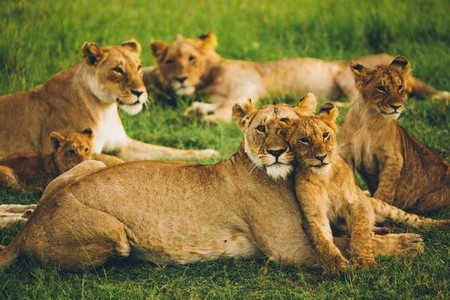 Leopards are a farouche and elusive animal. However, do not mistake this timidity for weakness. Leopards are stealth killers. They follow their prey surreptitiously from up a tree, pouncing on them unexpectedly. 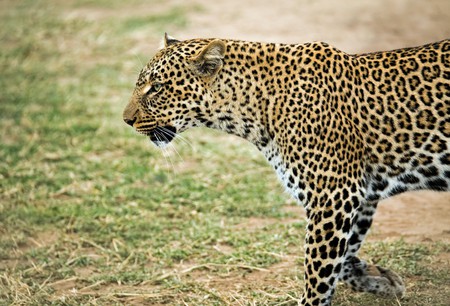 These gentle giants are very social, with matriarchal structures. Elephants are known to exhibit human-like emotions such as mourning, are very playful and possess a high level of intelligence. Unfortunately, their tusks are in great demand, which has led to their endangered status as hunters continue to attack them for their ivory. 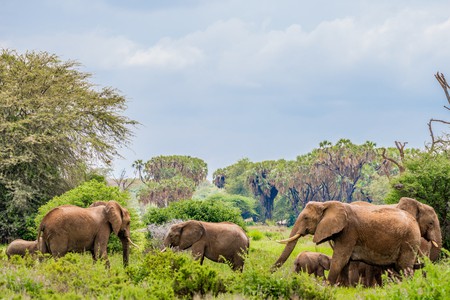 You will find Cape buffaloes in riverine areas. These social animals live in herds comprising between 50 and 500 members, although this number jumps to more than 1,000 during rainy seasons. They are considered among the most dangerous animals in Africa thanks to their unpredictable temperament and characteristic horns. 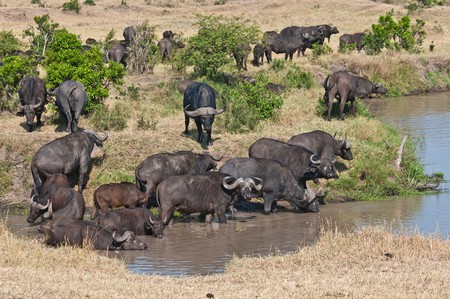 How can you differentiate between a white and black rhino? Believe it or not, it comes down to their mouths, although there are other subtle differences like their height. Black rhinos, which are highly endangered, have a narrow mouth while white rhinos have a wide mouth. This also differentiates their feeding behaviours – white rhino are grazers; black rhinos are browsers. 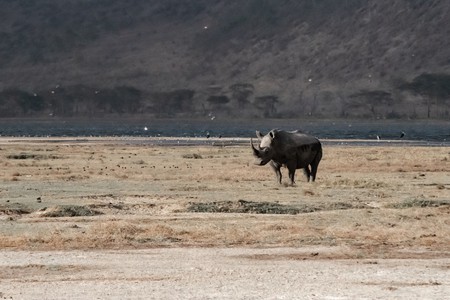 Can you spot the difference between cheetahs and leopards? Cheetahs have a much smaller stature. But the most distinctive differentiation is their tear marks that run from the corner of their eyes down the side of their nose. Needless to say, they are the fastest land animals – they can accelerate faster than a sports car. 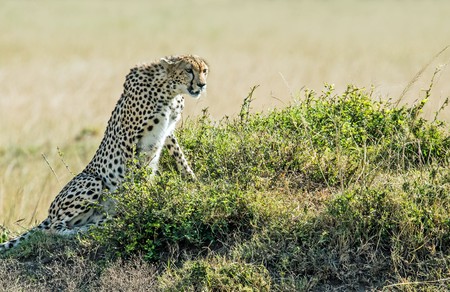 These are big cats’ worst enemies. They have a matriarchal social structure and hunt in large groups. In the case of food shortages, they purloin a big cat’s catch, particularly those belonging to cheetahs. 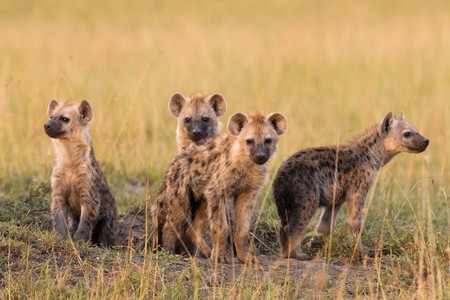 These endangered, highly social animals live and hunt in small groups of six to 20. They are also known as African painted dogs due to their distinctive coats. Its natural enemies are the lion and the hyena, and typically they hunt small- and medium-size prey like impalas and gazelles. 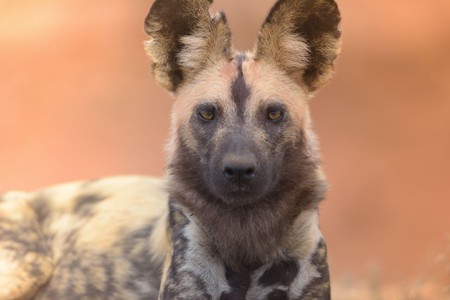 These are plentiful – and there are three types in Kenya. The Maasai giraffe is the tallest terrestrial animal and the most common type of giraffe. The reticulated giraffes are very rare, only found in the northern part of the country. Rothschild’s giraffes are endangered, and almost extinct in the wild. However, the latter are a spectacle at the Giraffe Manor in Nairobi where they dine with the guests. 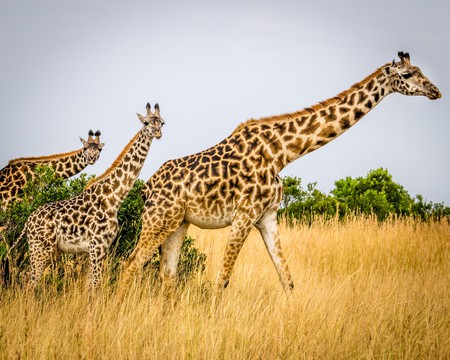 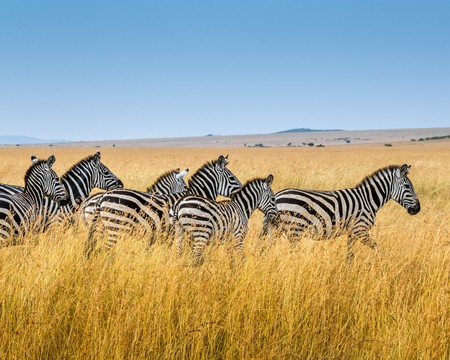 The types of antelope in Kenya is vast: wildebeest, gazelles, impala, reedbuck, kudu, hartebeest, oryxes, duikers, bushbucks, waterbucks, topi, gnu and sitatunga can all be found here. The Great Migration, a natural event where more than a million wildebeest, zebra and antelope migrate to Maasai Mara National Reserve in Kenya from Serengeti National Park in Tanzania, is a spectacle to behold. 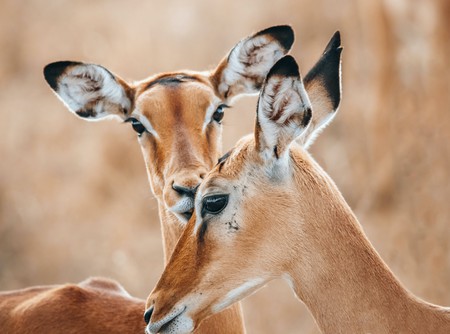 You may see these semiaquatic mammals lazing around on the shorelines of rivers and lakes, or submerged in water for up to 16 hours a day. If threatened on land, hippos can match the speed of humans, reaching up to 30kmph (19mph) over short distances. 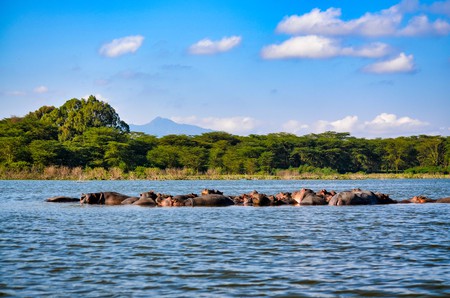 This monogamous, fox-like animal is an ancient species, native to eastern and southern Africa. The black-backed jackal is highly territorial, living in small, monogamous social structures where older pups help raise younger ones. Strategic hunters, these jackals rely on a diet of invertebrates, such as beetles, spiders and termites, as well as small mammals. African wild dogs and leopards are its natural predator. 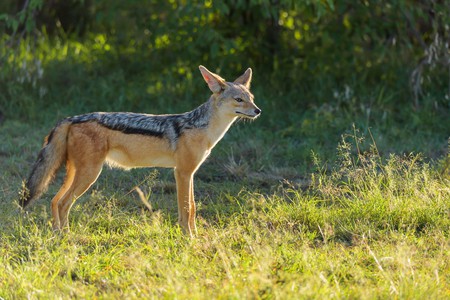