10 Fashion Designers You Need To Know In Kenya 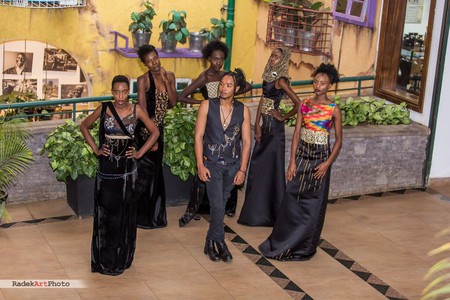 The fashion industry in Kenya has come a long way. In a country where bespoke outfits are offered by tailors, designers have always had stiff competition, not to mention the difficult task of differentiating themselves from the former. Today, the fashion industry enjoys contributions from first-rate designers, from contemporary to African designs, ready-to-wear to couture lines. The future of Kenya’s fashion industry is looking good.

Sally is one of the pioneers in this industry. Her brand, Mcensal Fashion House, was founded in 1992 and inspired by contemporary Africa. She was the first to incorporate the Maasai blanket and Kikoi fabric into her designs in a collection she dubbed ‘Made in Kenya by a Kenyan’. She founded the Mcensal Fashion School to teach fashion design in 2009, and in 2014 she added another brand under her belt; SK Collection, a ready-to-wear line for all ages. She has won many accolades in the fashion industry, including the Smirnoff Awards Kenya in 1993 and the Mnet Face of Africa competition in 1996. She currently chairs the Association of Fashion Designers Kenya which coordinates the annual Safari Fashion Week as well as a televised competition known as Safari Fashion Runway. She has participated in catwalk shows all over the world including the Africa Fashion Week in New York. 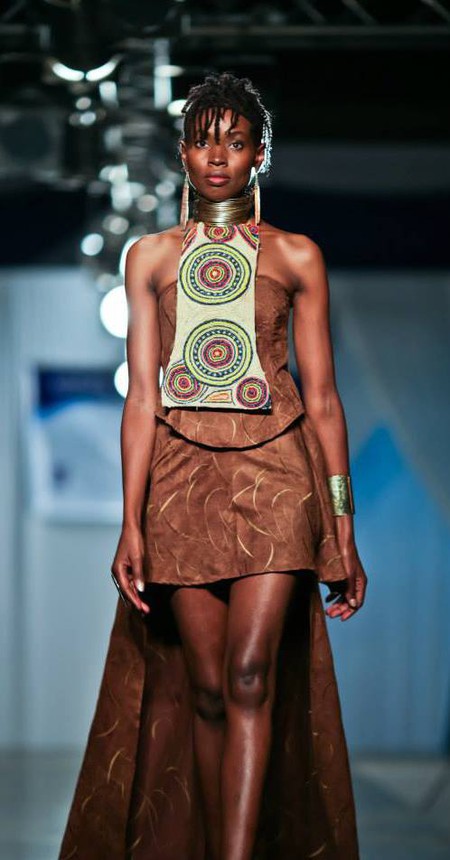 Another fashion design veteran, who founded her brand, KikoRomeo, which means ‘Adam’s Apple’ in Swahili. It was inspired by the Kenyan culture, a concept that is woven into all her designs. Using prints and patterns, Ann designs for both men and women. In 2008 she founded (and chairs) the Festival of African Fashion & Arts (FAFA), which is geared towards peace-building through fashion, and which bears the tagline “Fashion for Peace”. She is also the current Kenya Coordinator for Fashion Revolution Day. She was recently named among “Top 100 Women Influencing Africa” by Arise Magazine. 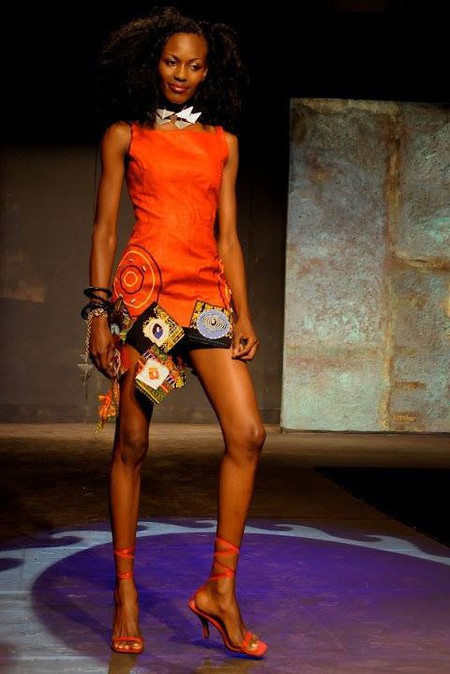 Patricia Mbela is a household name in the Kenyan fashion scene. Her brand, Poisa, produces both men and women’s collections, including a knitwear line and jewellery. Her ‘Wearable Art’, as she likes to call it, has been showcased all over the world. Perhaps her most notable work is the Kenya Airways Millennium uniform design, selected from hundreds of others in a competition. Among many other awards, she was awarded the 2014 Top Kenyan Fashion and Jewellery Designer at the Kenyan Fashion Week. 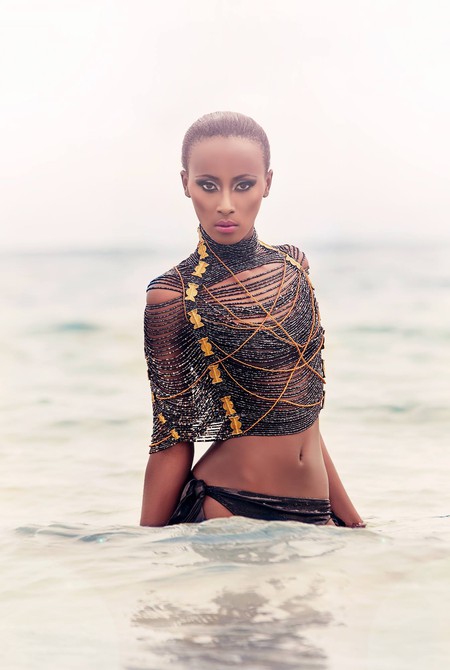 John Kaveke originally started designing for men, but has since included women’s designs into his collections. His designs are a delicate fusion of both African and Western cultures, exhibited by his choice of materials (leather, cotton, tie and dye, knitwear, linen silk, denim suede) as well as beadwork. His work has been presented on local and international platforms including The International Smirnoff Fashion Awards, Hub of Africa in Ethiopia, The Big Brother Africa House in South Africa, Sarajevo Fashion Week in Bosnia, Swahili Fashion Week in Tanzania, Catwalk Kenya and M-Net Face of Africa in Nigeria. He is set to grace the New York Fashion Week runway in 2017. 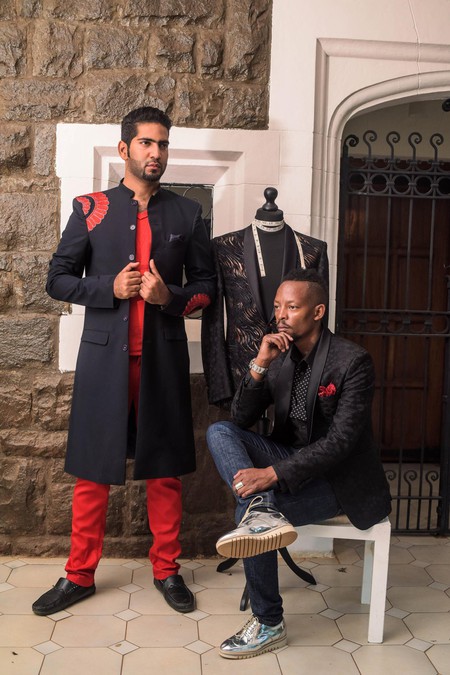 The founder of Vaishali Creations brings a rare combination of the African and Indian cultures to create an exquisite contemporary line. She derives inspiration from both cultures, as well as nature to create jewellery designs and clothing lines for both men and women. Having won many awards, her designs have gained international recognition and praise from the media. Locally, she scooped the 2016 Designer of the Year (Women’s Wear) at the Jumia Glamour Awards.

Jamil is one of the new designers, but he has the recognition of a seasoned designer. His fashion label, JW Couture, creates sophisticated designs that garner admiration from top fashion critics. He has embraced the couture culture with each line being so different from the next. He has been in the Kenyan fashion arena since 2011 but has already won a couple of awards; the FAFA Insight 2012 (a competition for emerging designers) and the 2013 Kenya Fashion Awards Designer of the Year. He has exhibited his designs all over Africa, including very recently in Rwanda during the Kigali Fashion Week held in 2016. 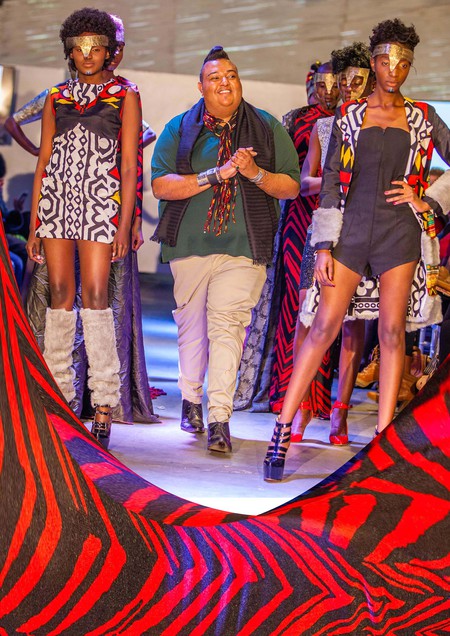 Deepa Dosaja is one of the top designers in Kenya. She draws inspiration from nature in all its aspects – patterns, colours and even materials. Due to her love for nature, her label, which has been around since the 1990s, is fully eco-friendly. She only works with fabrics made from natural materials such as silk, wool, linen and cotton. Her exquisite designs have been paraded on runways all over Africa and once in Europe too. In 1997, she participated (and organised) a fashion event in collaboration with the German Embassy in Kenya to raise funds for street children rehabilitation projects. In 2013 she won the award for the ‘Most Influential Woman (MIW) Kenya’ in the in the Industries Sector. In 2015, the Oscar Award Winner Lupita Nyong’o wore a Deepa Dosaja outfit on one of her visits to Kenya that received worldwide acclamation. 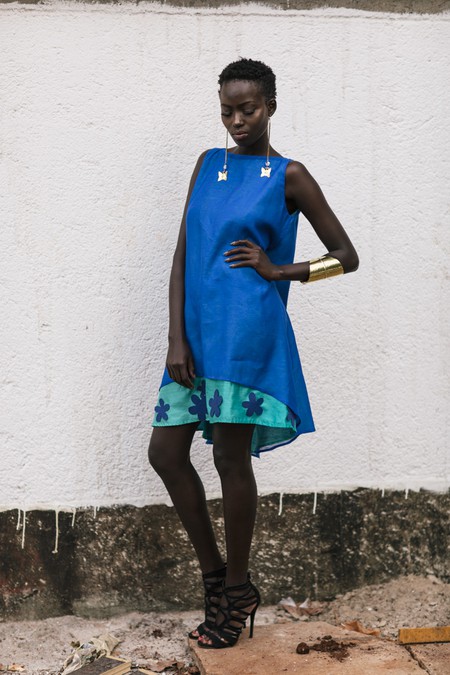 Though self-taught, Wambui Mukenyi has gone on to receive national recognition. She founded the WM Label in 2009, starting out with custom-made outfits then branching out to African bridal wear. Today, the label is focused on ready-to-wear outfits and bridal wear, using luxurious fabrics with a hint of African inspiration. 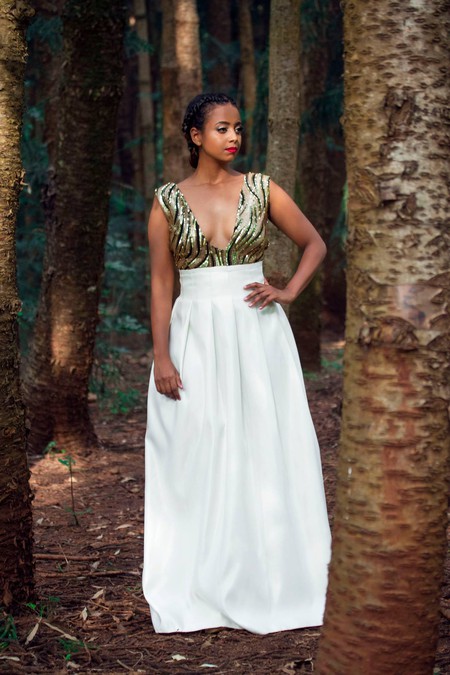 Faith Migwi of Manciny Designs is another self-taught designer with a great reputation in the Kenyan fashion industry. She started her journey in 2012 founding 4 different brands; Eqo-chic, an eco-friendly brand that used recycled materials to make bags, Manciny, a men’s wear brand, Nyadhi, a women’s wear brand followed by The Urban Gentleman that provides styling (and design) services for men. She has currently niched down to concentrate on the male segment, which is inspired by contemporary Africa. 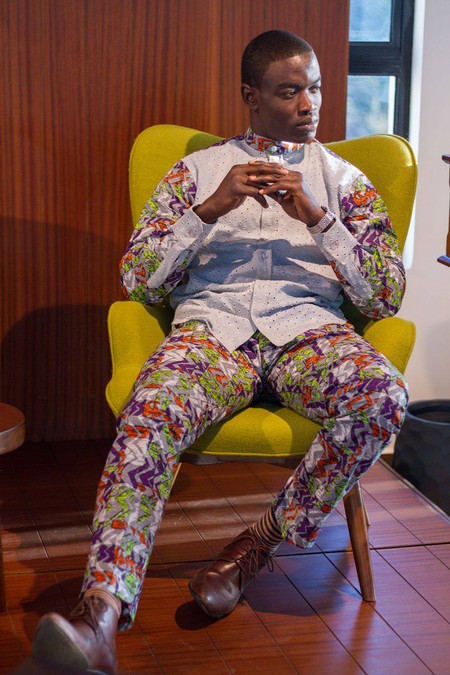 The eponymous founder of Vivienne Taa label is a very new but great addition to the Kenyan fashion industry. She took up fashion as a hobby while working for Kenya Airways. When she was let go in 2016, fashion was not just a fall back plan, it was her passion, so she took to it with gusto. Within a few months, her label was showcasing her designs on major runways in Kenya including The Nairobi Fashion Week. The label exudes elegance, heavily incorporating the African culture. 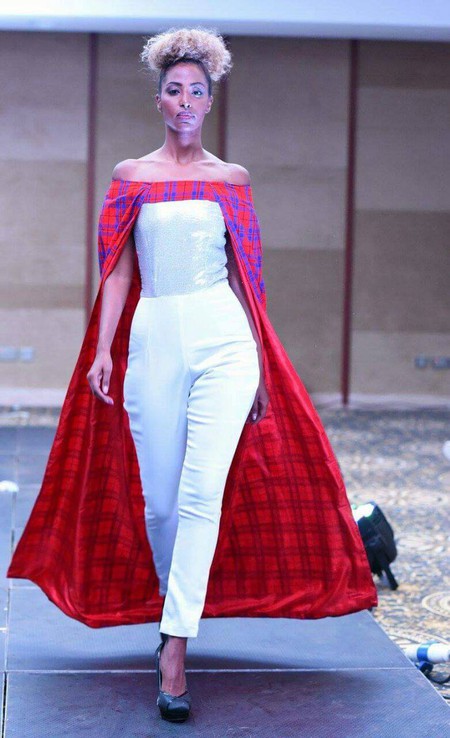