10 Afrofuturistic Artists to Know From Kenya 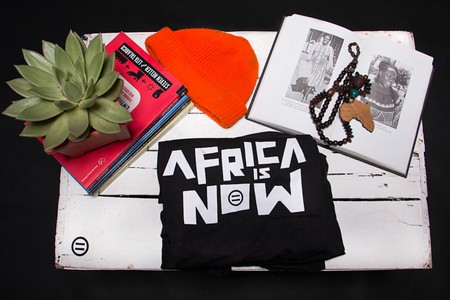 Afrofuturism is the language of rebellion, black affirmation and imagination. It has experienced a resurgence in recent years as the world yearns for fresh perspectives on African stories. Charting a fascinating kind of narrative for their continent through sci-fi and technology, here are 10 Afrofuturist artists to know from Kenya.

Self-taught artist Jebet Naava effortlessly creates candid, thought-provoking and transcendent art. She is inspired by Nairobi’s vibrant creative scene and by elements of the human condition. Naava is determined to push Africa forward and claim her narrative. As a mother who has battled depression, her work tenderly centres on mental health, self-love, the celebration of the woman and the resilience of humanity. 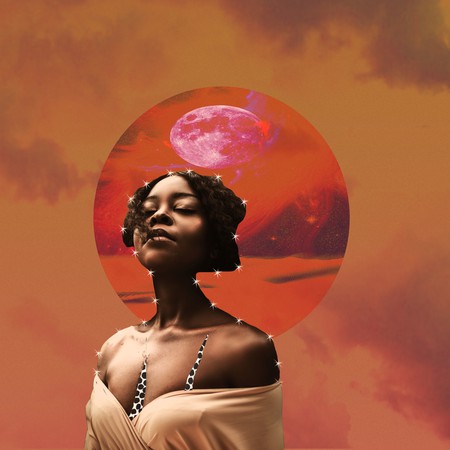 Osborne Macharia’s vivid work is unique, eccentric and imaginative and appropriately captures the Afrofuturism movement. Macharia uses his imaginative eye to combine unrelated elements, scenarios and human interactions to create new, unthought-of narratives. Whether working alone or in collaboration with other artists, he finds innovative ways to tell stories, real and imagined, that spark a different kind of thinking about Africa. Over the years he has developed an impeccable style, bringing Kenya’s colonial history alive. 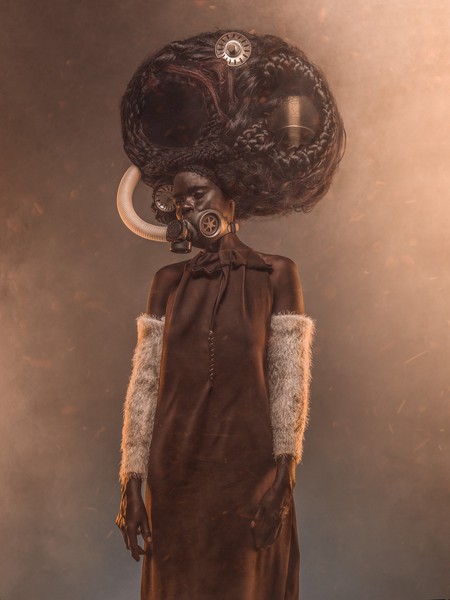 Jacque Njeri wowed the Afrofuturist scene in 2017 with her first showcase, a digital-art series reimagining scenes from African stamps. Her more recent work, MaaSci, is a surreal ode to the Maasai tribe, whose culture has somehow managed to retain its authenticity in a rapidly changing world. The tribe exists in Tatooine city, where women are cyborgs with colourful beads around their necks and elders clutch their sticks on board a spaceship. 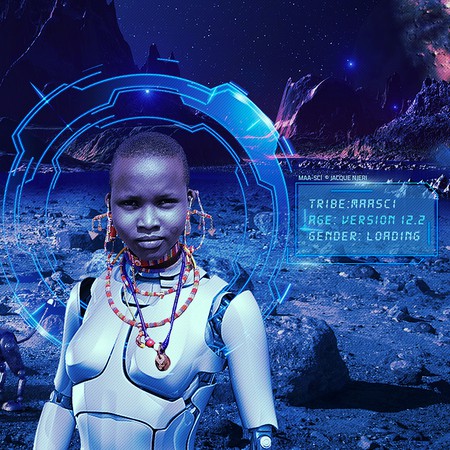 Cyrus Kabiru’s art imagines a future that defies the concept of modernisation. His complex sculptural pieces challenge genres across the board, from conventional craftsmanship to design, sculpture, fashion and photography. In his paintings he offers an often humorous interpretation of contemporary life in Kenya. His art strongly reflects his Kenyan roots and the various international countries and cities that he has visited. 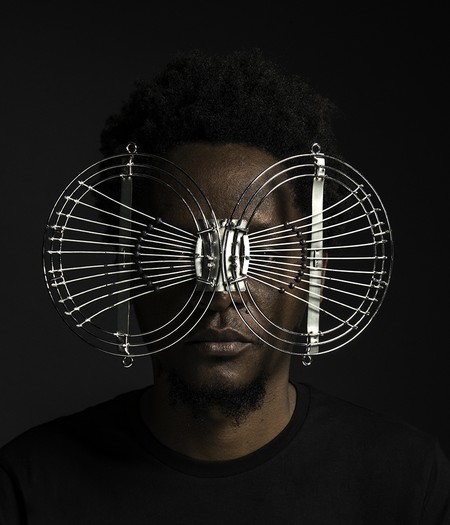 Jim Chuchu is a talented artist with the ability to create art using varied mediums. He experiments with photography, video and music and has made his mark both at home and beyond. He shot and directed To Catch a Dream, a project that merged Kenyan fashion with film. Chuchu is open about his fascination with Afrofuturism. He always finds ways to explore it within his different projects. In his photography, he is brilliant in composition and even more so at capturing emotion. 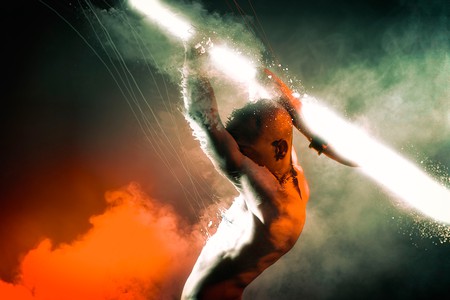 Garnering over 84 million views on YouTube, this Kenyan game developer and animator continues to break records, putting his country on the global virtual reality map. A hard-core gamer, Kaggia uses his passion for gaming and his self-taught animation skills to create local content set in locations and themes that Kenyans – his original market – relate to. He is the brains behind Nairobi X, Kenya’s first locally developed first-person shooter game, based on a futuristic setting where the player is tasked with saving Kenya from aliens. He is looking into leveraging African mythology and legends for future content. 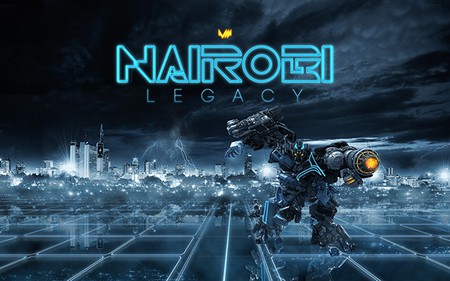 Born in Nairobi, Kahiu is part of the new generation of African storytellers. Most recently she has been in the spotlight for her film Rafiki, the first Kenyan feature film to be invited to Cannes Film Festival – yet it was banned in Kenya because of the underlying theme of homosexuality. Kahiu recognises Afrofuturism as undertaking a postcolonial reclamation of its own timelines, narratives and spaces; her manifestation of this is seen in her film Pumzi. The film is a celebration of an Afrocentric future and challenges Afro-pessimism, which is the perception of sub-Saharan Africa as a region too riddled with problems for good governance and economic development.

Ojin Ngode dabbles with light installations and video to create his avant garde art. He is inspired by the cultural realm of Africa and has a passion to show the world the possibility of having different norms. Understanding the power of perception from a young age, Ngode stays true to his vision to create out-of-the-box aesthetics using conceptual and contemporary art. 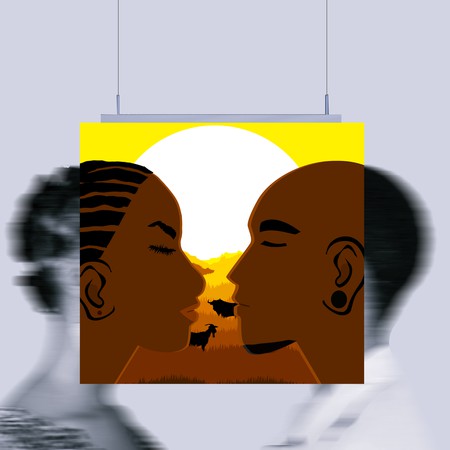 Just a Band is a Kenyan band exploring house, hip-hop, jazz, electronica, funk, disco and everything musically beautiful, and their DIY aesthetic lends its contribution to the Kenyan Afrofuturist movement. They play with elements from virtual bands such as Gorillaz, incorporating animation and photography in their visual campaigns. Their 2010 video for their second single from the album Ha-He was a spoof of blaxploitation films, featuring a protagonist named Makmende. It has been described as Kenya’s first viral internet meme.

Inspired by Nairobi, Musa Omusi co-founded the Made With Love studio, with the motto ‘Change the world by creating it’. Using simple silhouettes as a canvas for bold graphics, they created Bongosawa, a streetwear label, in collaboration with other artists. Using creative art merged with graphic design, they try to elevate everyday clothing. Bongosawa’s latest collection, titled ‘Nairobi Renaissance’, looks back at Nairobi’s history and explores themes of identity, how the current generation can shape its future and what the world sees and hears about Nairobi. 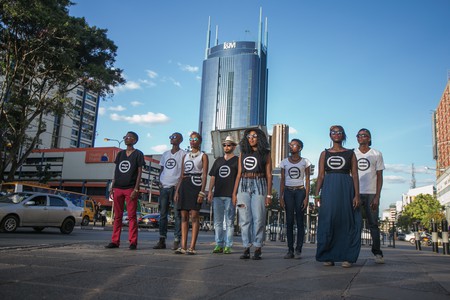 Streetwear from BongoSawa | © Phocus Photography
Give us feedback