Mussolini, Modernism, And The Architecture Of Asmara

Asmara in Eritrea is a city of contrasts. Containing one of the highest concentrations of intact Modernist architecture across the globe, it remains largely unchanged since its Italian colonizers left in 1941. Yet this incongruous architectural marvel owes its appearance to the rampant invasion of the Italian powers, and Mussolini’s ambition to create the ‘Second Roman Empire.’ 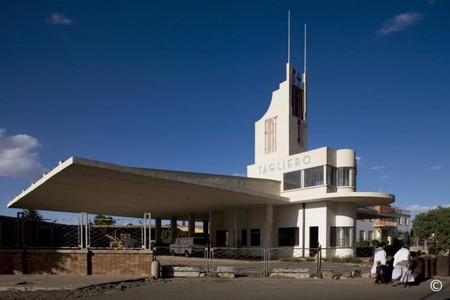 The beauty of Asmara belies its dark origins. A city that is collectively a Modernist masterpiece, its incongruous architecture is testament to the forcible subjugation of indigenous culture to the colonial powers that had settled there. For in 1890, Eritrea became the first territory to fall under Italian Rule during the infamous Scramble for Africa. Eritrea was formed from a number of separate provinces and kingdoms and was not declared a unified or centralized country until the Italians imposed their rule on the region. 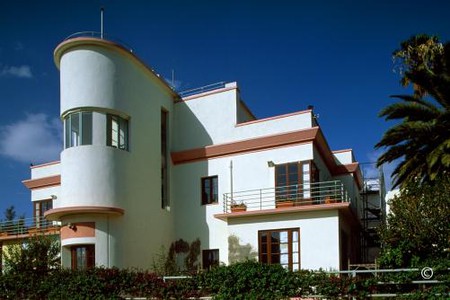 Landing in 1869, the Rubattino Shipping Company purchased a plot of land near Assab (in the province of Denkalia), under the pretext of functioning as a trading post for the governors of the region. But after 13 years, Assab was established as an official Italian colony. There was widespread opposition and conflict between the inhabitants of Denkalia and their Italian colonizers; yet Italy was not dismayed, and continued its expansion, going on to occupy a number of cities and provinces including Keren, Seraye and Akeluguzai. In 1885, Massawa became the main administrative capital of the Italian colony from which to expand inland, and five years on, Italy declared their newly acquired territory to be Eritrea. The famous 1896 Battle of Adua saw the Italians losing to the Ethiopians; forcing them to acknowledge Ethiopia as a separate state. The invaders were humiliated by the defeat, but did not lose their hold on Eritrea, and a year later, Asmara was reassigned as its capital. 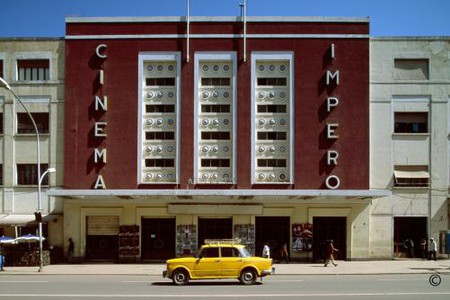 In 1922, when Mussolini rose to power, he planned a ‘Second Roman Empire’. Asmara was fêted as the seat of Italian power in Africa, and the ideal location to site Italy’s continued invasion of the continent. What at the turn of the century had been but a small highland village would come to be home to over 53,000 Italians in 1939, and was known as Piccolo Roma (Little Rome). The development of the city coincided with the complete revolution in Western aesthetics that was Modernism, and the impact on the city is the result of the singular vision and ambitious drive of Western designers at the time.

As a Western artistic movement that was inspired by the industrial revolution, Modernism propounded originality and innovation at its core. In an era buoyed up by possibility, there was hardly room for nostalgia; at times, this extended to a complete disregard for the past, and a scorn for preservation. In Italy, this was compounded by the political climate and the rise of Fascism. Futurism was just one of the many strands that fell under the umbrella term Modernism in Italy, and the notoriously polemic Futurist Manifesto, written by the poet F. T. Marinetti, sang the praises of technology, labour and war, and supported the oppression of women, among other things. It was a diatribe of relentless forward momentum, that went on to ask the question ‘Do you want to waste the best part of your strength in a useless admiration of the past, from which you will emerge exhausted, diminished, trampled on?’ 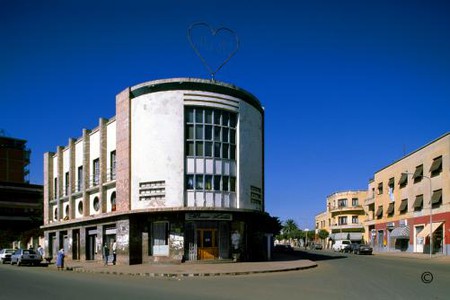 Certainly the architecture of Asmara had precious little sympathy for the vernacular of the native country or its heritage. Instead, Asmara became a blank canvas on which to construct the ideal Modernist city, and the site of architectural innovation. In the 1930s, Asmara was developed into an incredibly futuristic city, where architects could experiment with new technologies and new modes of construction, and also try out new lines and aesthetics. The Fiat Tagliero Service Station, for example, was inspired by the form of an airplane; the Cinema Capitol has a retractable roof; the façade of Bar Zili is redolent of a radio. Today, the architecture of the city contains some of finest examples of Italian Rationalism across the globe. 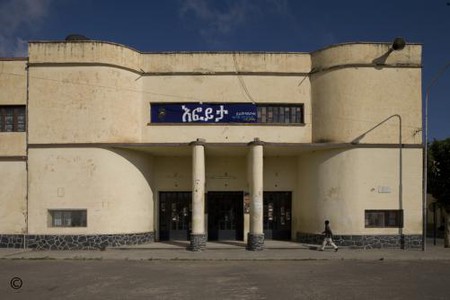 The Italian powers may have created a beautiful city in Eritrea, but it was not for the native Eritreans to enjoy. The segregation laws that had begun before Mussolini were only intensified in order to discourage relationships between Eritreans and Italians, and locals were occluded from numerous bars, restaurants and public buildings. Eritreans could only be employed in the lowest jobs; commercial agricultural models were headed by Italian colonists; the ‘racial superiority’ of the colonial powers was expounded throughout. The utopian Modernist city of Asmara contained structural and institutional separation throughout. 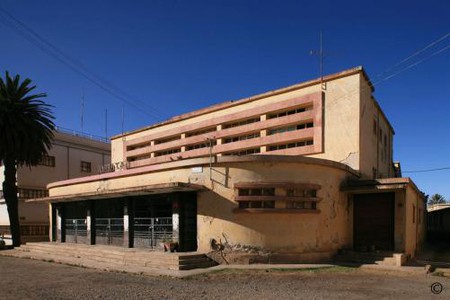 The Italians believed their new Empire would last forever, yet in 1941 during World War II, Eritrea was seized by the British. After subsequent subjugation under Ethiopian power, Eritrea gained independence as late as 1991, and there is still ongoing tensions between the two countries. The lack of stability in the region ensured that little development could take place; as such, Asmara remains largely as it was after the Italians left, though many places have fallen into disrepair.

Rising incongruously from the Eritrean landscape, Asmara is a somewhat ambiguous monument to its history. Whilst it owes its appearance to the imposition of an oppressive and didactic regime, there is no questioning the superlative beauty and historic importance held in the buildings of the city. When architectural historian and photographer Edward Denison travelled to Asmara, it was with the intention of documenting the architectural marvels of the city, yet also how they sit within a historical context. The resultant images, showing a city of exemplary construction that has become weary and time-worn, evoke both the majesty of the past and its subsequent decline. 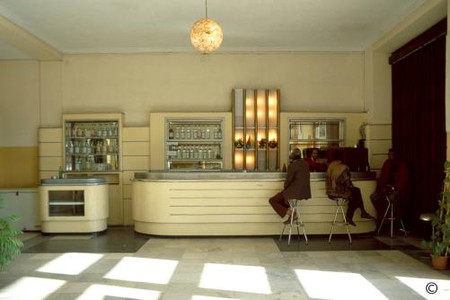 Today, Asmara is on the Tentative List to become a UNESCO world heritage site; according to the organization, the city ‘represents perhaps the most concentrated and intact assemblage of Modernist architecture anywhere in the world’. Regeneration programs are being supported to restore many of the buildings, and the city is starting to become a hot tourist destination.

Throughout the city, other Italian imports – fiats, espresso, gelato – are now an intrinsic part of the city’s culture. Much as it is impossible to say how Britain would look had we not been succeeded by the first Roman Empire, this territorial invasion of Eritrea has left an indelible mark on the country. Mercifully, Asmara is today nowhere near how Mussolini would have anticipated, yet the legacy of Italian invasion has unquestionably left an architectural gem in the desert; albeit with a shady past. 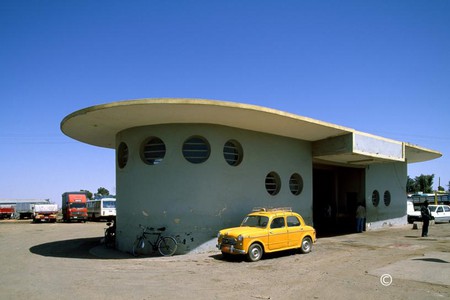 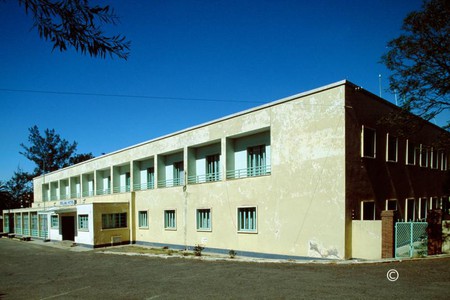 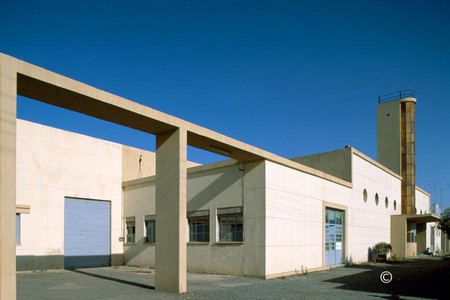 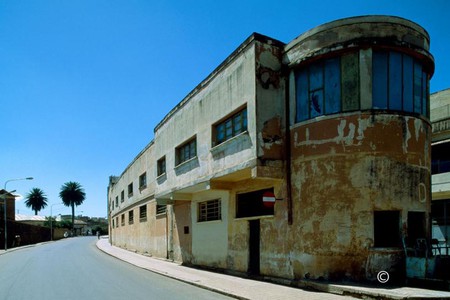 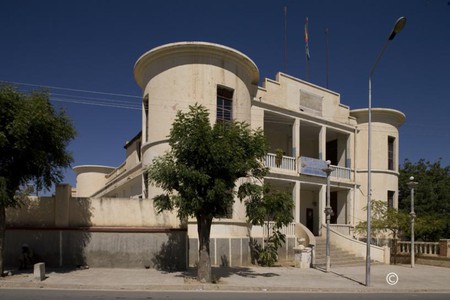 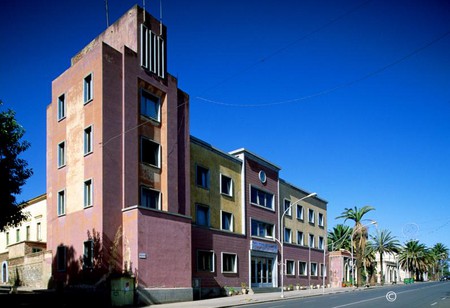 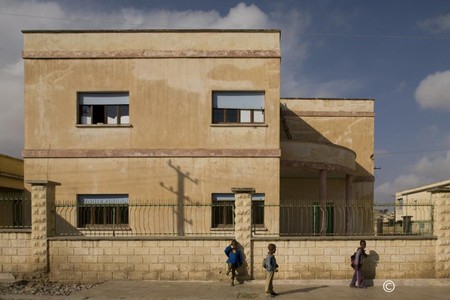 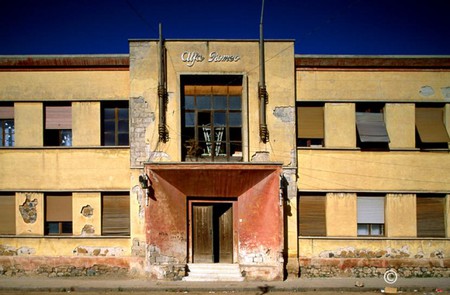 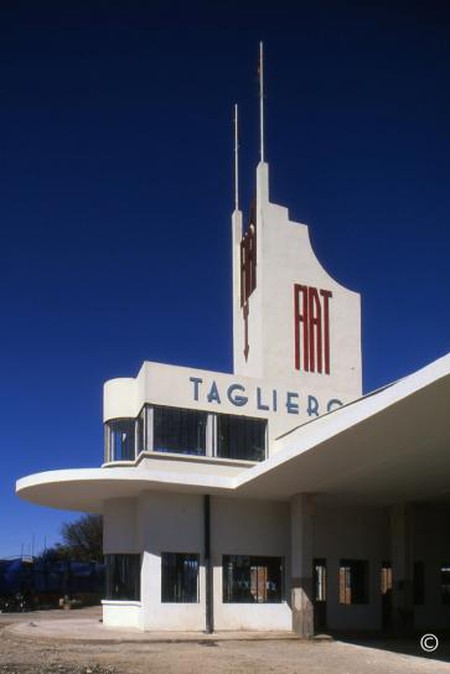