Musical Fusion In Eritrea: The Asmara All Stars

The Asmara All Stars, musicians of Eritrea, defy the stereotypical identity that is usually thrust upon East Africa and, through music, replace it with a positive message which also engages with their country’s rich cultural heritage. 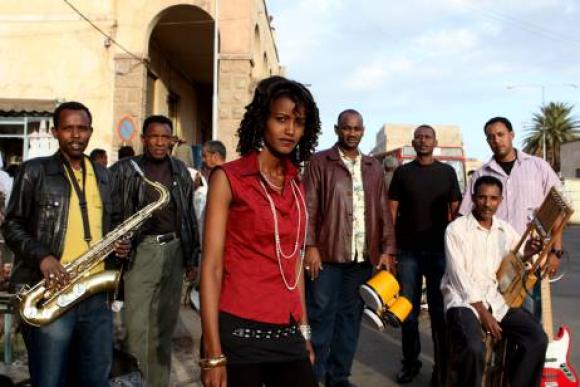 Emerging from a recent history of military conflict, Eritrea faces the huge task of rebuilding its shattered infrastructure. The former Italian colony is often defined by the numerous hardships it has faced, as well as by its fractious relationship with its neighbour Ethiopia. However, Eritrea is also seen as one of Africa’s hidden gems, its environment alone producing a kind of desolate magnetism which is reflected in  strength of its indigenous culture.

A colourful subsection of this cultural idyll, in amongst so much struggle, is found in Eritrean bands such as the Asmara All Stars. Their album Eritrea’s Got Soul stands above the turmoil associated with Eritrea, as it attempts to escape the violence of the past and contend with an uncertain future. Despite the reality of artists receiving very small state salaries, their music manages to move away from politics. Most commonly known for their contemporary take on the Ethiopian soul-funk sound, the Asmara All Stars music also, quite uniquely, introduce Jamaican reggae and dub elements into the equation.

Their French producer Bruno Blum, who has also worked with other iconic musicians such as The Wailers and Serge Gainsbourg, has played a significant role in the band’s hybrid style. Blum’s vision started to attract more musicians to his Asmara studio, where ideas were allowed to flow freely. Being somewhat hidden in comparison to Ethiopia, Eritrea has finally started to gain cultural recognition because of this budding music scene. The Asmara All Stars continue to play loud with their ri-jazz, soul and roots reggae style, evoking the profound depths of Eritrean culture and redressing the negative depiction of their country, which they proudly represent.

Watch the clip below to see Bruno Blum perform ‘Get Up Stand Up’ with the Asmara All Stars.