The Most Beautiful Towns in Egypt 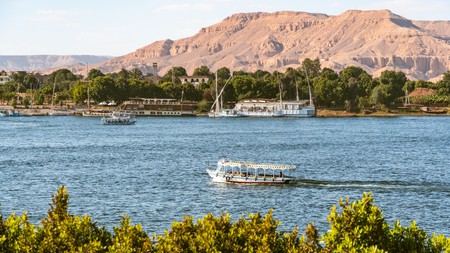 Egypt is famed for sites like the Pyramids and the Egyptian Museum in Cairo. However, the historic towns and cityscapes of the country are often overlooked. Here’s a guide to ten of the most impressive towns, including desert oases that have remained unspoiled for centuries, Red Sea resorts and ancient Christian sites.

Experience ancient culture, mystical landscapes and the country’s warm people (and weather) as you explore these eight attractions on your next small group holiday.

The old quarters of Cairo are too stunning not to include, with mosques, ancient souks, Coptic churches and synagogues, and a fortified citadel. The extraordinary Islamic buildings begin with the Mosque of Amr ibn al-As built in the year 641 CE. Historic Cairo is a Unesco World Heritage Site and includes the amazing Mosques of Ibn Tulun and al-Hakim, the ancient madrassahs and mausoleums, and the bustling alleys and markets. Make sure you also head to the Citadel of Saladin, built in the 12th century with the Mosque of Mohammed Ali on the summit, from where you will find the best views over the old town of Cairo. You can explore Cairo’s Old Town with a local insider on Culture Trip’s epic 10-day Egypt adventure, which also includes a visit to the Sphinx and Giza Pyramids. 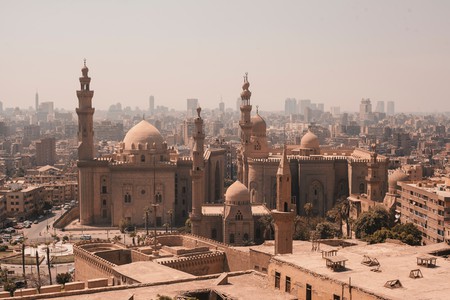 Photo by Omar Elsharawy on Unsplash

Siwa is a desert oasis close to the Libyan border: a mirage-like place of palm trees and olive groves that emerge out of the sands. The mud-brick houses are home to around 20,000 Berber inhabitants, with their own distinctive culture as a result of their isolation. Historically, homosexuality has been especially common here with same-sex marriage permitted, and the people have their own language, Siwi. The recorded history of Siwa dates to the 10th century BCE, when the Temple of Amun (which was later visited by Alexander the Great) was established here. Today, you can see the picturesque remains of the Temple, and the 13th-century Fortress of Shali with labyrinthine alleys, old mosque and minarets at the centre of Siwa. 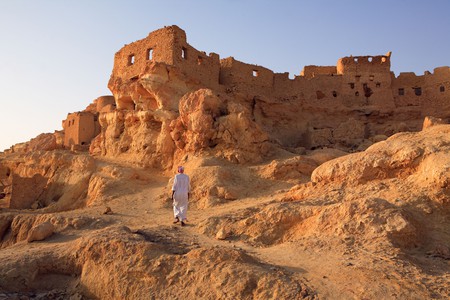 Once the ancient town of Swenett, Aswan was historically the southern outpost of the Egyptian lands. It sits on the Nile, the river that has been the lifeblood of Egypt for thousands of years, and is the final stop of Culture Trip’s exclusive 10-day Egypt tour. At Aswan, you will still find traditional dhows and feluccas sailing. Along the riverbanks are stone cliffs and quarries that provided the Pharaohs with materials for their great monuments. Sites to see in Aswan include the old souk and Kitchener’s Garden, an island in the Nile gifted to Lord Kitchener after the Sudan campaign of 1898 that is now home to the Aswan Botanical Gardens. By felucca and camel, you can reach the beautiful, abandoned monastery of St. Simeon and the brightly coloured villages of the Nubians that surround Aswan. 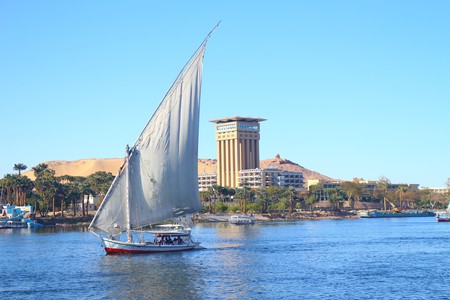 Photo by Abdullah Helwa on Unsplash

Al-Qasr is a medieval town built by the Ottomans deep in the Western Desert that forms part of the Dakhla Oasis. It’s believed to stretch back to hunter-gathering societies hundreds of thousands of years ago, though the first European to set foot here was Sir Archibald Edmondstone in 1819. The Dakhla Oasis is made up of a series of small towns and more than 500 hot springs, but Al-Qasr is the most impressive of the towns. Hence, it was the medieval capital of the oasis, largely built in the 12th century by the Ottomans on the ruins of a Roman town. The handsome mud-brick houses there, some of which are more than a thousand years old, have inscriptions on their doors taken from the Qur’an. Among the maze of alleys, you can find many traditional craft shops including a blacksmith shop, an olive press, and working mills. 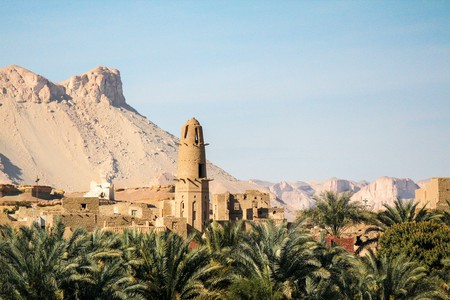 Faiyum has been inhabited since Pharaonic times. The town is full of traditional souks and sites including the Hanging Mosque and the Qaitbay Mosque; curious rarities in Egypt and the Islamic world, they were built without minarets. One of the main treats of Faiyum is the area that surrounds the town itself, the Valley of Whales at Wadi al-Hitan. This World Heritage Site boasts spectacular scenery; it’s also the site of the discovery of hundreds of fossils belonging to early forms of whale, sharks and crocodiles. Whole whale skeletons can be seen in the sands around Faiyum. 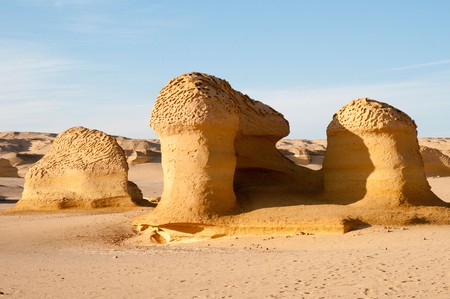 Dahab sits on the coast of the Sinai Peninsula looking onto the clear waters of the Red Sea. Originally it was a Bedouin fishing village. Although there’s little that’s architecturally or archaeologically important, it’s the setting that makes this place special. On one side of the town are the mighty Sinai mountains; on the other, the azure waters of the Gulf of Aqaba. Unlike resorts like Sharm el-Sheikh further down the coast, Dahab has remained fairly unspoiled. It was occupied by Israel after the Six-Day War; today, it sees lots of visitors looking to enjoy deep-sea diving. 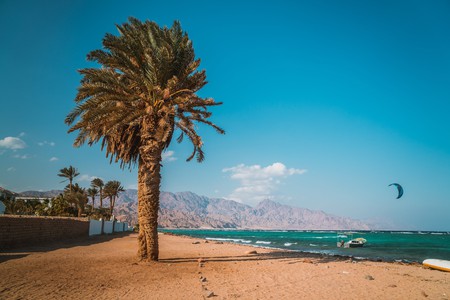 Photo by Peggy Anke on Unsplash

Wadi El-Natrun is far from a typical town; it has a collection of ancient Coptic Christian monastic sites gathered together in the desert between Cairo and Alexandria. In the fourth century, many Christians came to this desolate desert region to escape the corruption they saw in the cities of Egypt. They became hermits or grouped together in monasteries to dedicate themselves to the worship of God. St. Macarius was the leader of thousands who came here. Over time, they had to build towers, walls and defences to protect the churches and monasteries from Berber raiders. Once, there were more than fifty monasteries here, but now there are just four. However, each is a hugely impressive site that forms part of a Unesco World Heritage location. 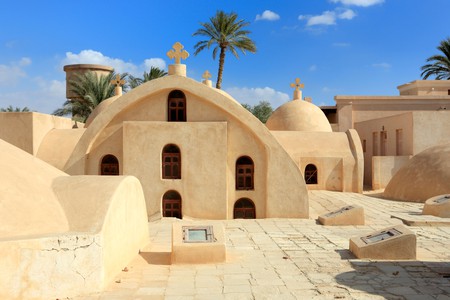 Luxor, the city dominated by the incredible ruins of the Pharaonic Age, shouldn’t be neglected. On the banks of the Nile in southern Egypt, it was once the ancient city of Thebes, the capital of Upper Egypt during the Age of the Pharaohs. Today it’s known as the finest open-air museum in the world, home to the most breathtaking scenery and sites. You can explore locations like the Karnak and Luxor Temple complexes, the temples of the great Pharaohs Ramesses II and III, and – on the other side of the Nile – the Valley of the Kings. There are also many Islamic sites, like the Abu Haggag Mosque built on top of the Luxor Temple, the picturesque corniche, and the souk and street markets. 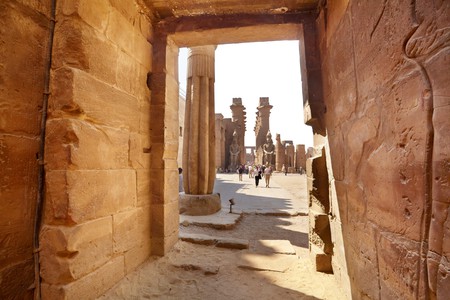 Another traditional mud-brick town, Qasr al-Farafra is surrounded by picturesque palm groves and dominated by an ancient hilltop fortress. The town, home to 5,000 people, still relies on traditional industries like wool-spinning and teahouses, and it has seen little modern development. In the Farafra depression in the Western Desert, the town is also next to the White Desert, with magnificent chalk formations and pale rocks mixing with the sands. Many head to the oasis town of Bahariya in order to explore, but Qasr al-Farafra is much more unspoiled. 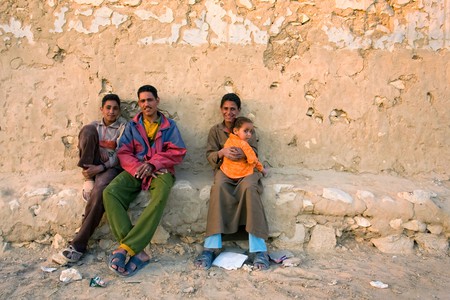 The second city of Egypt, Alexandria, sits on the Mediterranean coast. Founded by Alexandria the Great in 331 BCE, it was a centre of Greek civilisation and home to the Pharos Lighthouse, one of the wonders of the ancient world. For centuries there has been a strong Greek community in the city. Modern developments sit side-by-side with traditional Islamic buildings. On the shores of the Mediterranean, you’ll find the spectacular Qaitbay Citadel and the pristine Maamoura Beach, frequented by the rich and powerful. Then there are the Shallalat Gardens, the Montaza and Ras el-Tin palaces, the Palais d’Antoniadis and the modern Bibliotheca Alexandria – all must-visit attractions. 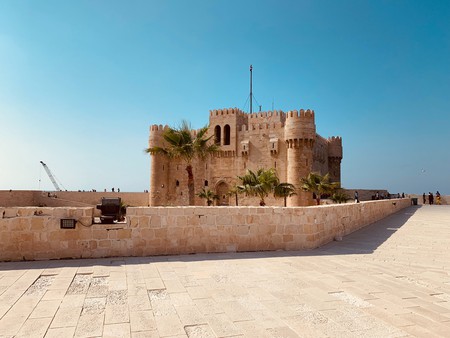 Photo by Farah Samy on Unsplash
Give us feedback