If you are in Cairo, you’ve got to try the street food at least once. This is the food that is eaten by locals in Cairo every day, so you are guaranteed high-quality ingredients and a truly authentic taste of the city. Street food in Cairo is also great for those travelling on a budget and vegetarians can also enjoy their fair share of Egyptian street food, as many of the delicacies are traditionally vegetarian. Here’s a list of delicacies you should try whilst you’re in town.

If there is any dish that could be considered Egypt’s national dish, it’s fuul. Fuul is made of cooked fava beans, combined with a lot of different Egyptian spices and traditionally served in a pitta bread. You can also have an egg added to it for more richness. Locals typically eat fuul for breakfast, as it is a hearty dish that is protein-rich and can fill you up for the whole day. Egyptians traditionally eat fuul in combination with taameya, an Egyptian kind of falafel with fava beans, so you can find those two at nearly every street vendor in Cairo. Felfela, in Cairo’s Sharia Hoda Shaarawi Street, for example, does a delicious fuul for only a few Egyptian pounds. If you are willing to enjoy this slightly heavy breakfast option, you will be sure to have a truly authentic dining experience.

Koshary is a uniquely Egyptian dish that is made of a mixture of rice, macaroni or spaghetti, lentils and chickpeas, covered with a spicy tomato sauce. Some places also let you add some vinegar sauce to your koshary for additional flavor. It’s sometimes considered the poor man’s meal because it’s very filling but also inexpensive at the same time, making koshary extremely popular with all Egyptians today. There are a number of famous koshary shops that usually come with the same name; however, Sayed Hanafi in downtown Cairo serves one of the most delicious koshary all over the city. As one of Egypt’s most traditional street foods, koshary is an authentic dish that every visitor should at least try once. 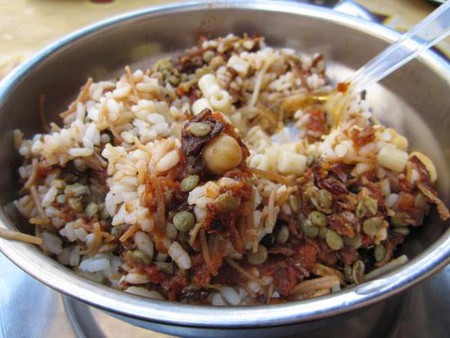 Taameya, which is an Egyptian falafel made with fava beans instead of chickpeas, is a common breakfast food all over Egypt; however, you can find it served at all times of the day. The dish, which is quite filling, is said to have been invented by the Copts as an alternative food to eat during Ramadan. Nowadays, the falafel or taameya is enjoyed all over the Middle East, but Egypt is the actual birthplace of those delicious fried treats. 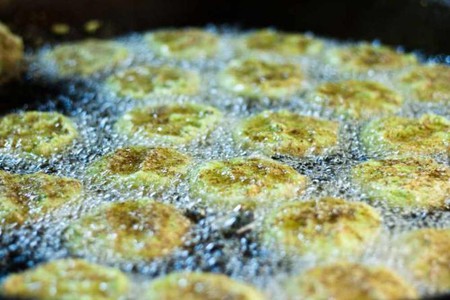 Kofta kebabs is the street food version of Egyptian kofta, which are either lamb or goat meatballs. The kofta can be found on their own in most of the cafes and restaurants in Cairo. Kofta kebabs, which is also either minced lamb or minced goat mixed with onion and spices, are put on metal skewers before being grilled. This makes it an absolutely perfect street food snack as the skewers can be picked up from one of the numerous street vendors and eaten straight away. 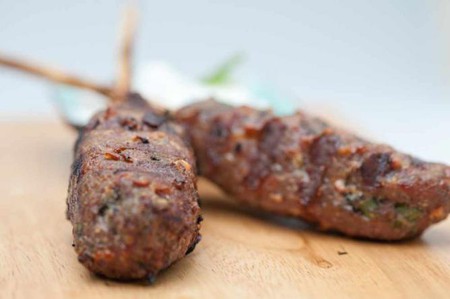 Fiteer, also called Egyptian pancakes, are made of many layers of thin, phyllo-like dough, so it is actually more of a pastry than a pancake. Fiteer can be filled with either sweet or savory fillings and some may even be layered with icing sugar to achieve a uniquely sweet taste. The savory versions have toppings like a pizza and are then put on a grill. Fiteer is usually served in one piece, however, it is still a very convenient and tasty type of street food. The best fiteer in the whole of Cairo can be found at Tawfiqiyya Souq – the fruit and vegetable market of downtown Cairo that is usually open from the very early hours of the morning until past midnight.

Hawawshi is an Egyptian dish that is similar to the Turkish lahmacun pizza. Hawawshi is made of cooked minced meat, onions and chillies, which are then put between two layers of Arabic bread dough. The sandwich is then roasted in a wooden oven and sliced into crusty slices to facilitate eating when being served as street food. Hawawshi may also be served in sit-down Egyptian restaurants, where it is then served as a whole.