Why Egyptians Are so Dominant at Squash 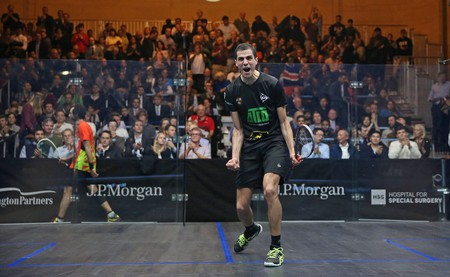 Picture being 13 years old and learning the ins and outs of a sport like basketball. Now, imagine honing your craft against some of the country’s best: LeBron James, Steph Curry, Kevin Durant.

That’s what it’s like for squash players in Egypt. While the sport’s popularity pales in comparison to soccer in the nation, there is a tight-knit network of players, particularly in Cairo and Alexandria playing against the best of the best.

Being able to learn from and compete against the country’s top players has certainly translated to success on the international stage. Egyptian players dominate both the men’s and women’s rankings of the Professional Squash Association World Tour. Four of the top five men are Egyptian and eight of the top-20 hail from the nation. On the women’s side, the top three players are Egyptian and four of the top-10 are from the country.

“We had a lot of champions growing up so there was always someone to look up to and aspire to emulate,” said Ali Farag, men’s world No. 3. “Those players were always generous to give us advice or step on the court with us. We’re all concentrated in Cairo or Alexandria so we can play against each other unlike in the United States, for example, if people are in different states and not concentrated in one or two cities.

“We’re quite lucky and we hope to keep the momentum going.”

After squash was invented at Harrow School outside of London in the 1830s, it spread throughout the British empire, including Egypt. Squash clubs were built for British colonial officers stationed in Cairo, the capital, and Alexandria. Egyptian ball boys and service staff were able to take to the courts in off-hours.

“I want to say it’s a magic water, but it’s not,” said American Olivia Blatchford, ranked No. 13. “There is a hunger there that starts so young. They learn to win and they have this desire to win so badly and prove themselves. When you have people who want something so bad it keeps growing and growing and now they’re mass producing phenomenal squash players.” 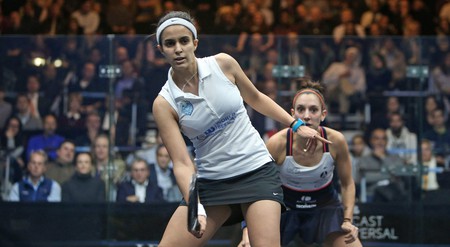 These players aren’t only utilizing squash as a vehicle to drive their athletic endeavors, but the sport is also creating a pathway to higher education. Along with outstanding academics, Farag, for example, used squash as a means to attend Harvard University.

“It’s also becoming a passport to the U.S.,” he said. “I was obviously doing well academically, but squash gave me a huge boost to get accepted. A lot of people are trying to do the same thing.”

At the recent 2018 Tournament of Champions in New York City, Momen edged Farag in an all-Egyptian semifinal. German Simon Rösner defeated Momen in the final. On the women’s side, El Sherbini topped El Tayeb in an all-Egyptian final.

“When I saw Egyptian legends of the game and added it to my love of the game, I thought, ‘I could be one of the best players at something,’ ” El Tayeb said. “And to have women I look up to as well made it easier to chose to play squash.

“Pakistan was dominating the game 20 years ago and now it’s Egypt. I hope we can continue the domination for as long as I’m playing at least. For now I’m very happy about it.”