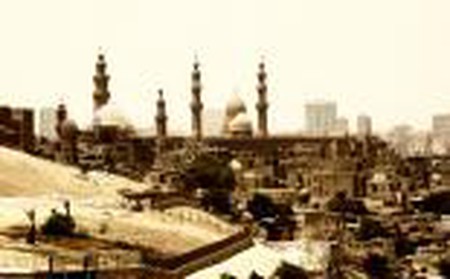 Cairo’s House of Wisdom, an ancient library and university, was founded as a centre of learning in the Fatimid Caliphate in Egypt. Built by one of the most colourful and cruel figures of the time, the House quickly became an important centre for diverse branches of Wisdom, rivaling the great libraries in Baghdad and Constantinople. We explore the House of Wisdom’s central role in fostering education in the Islamic world. 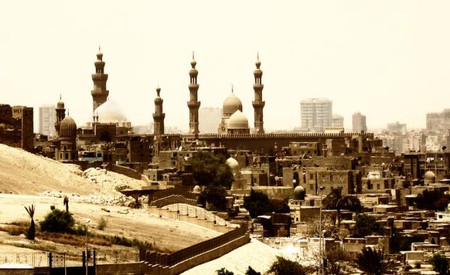 The House of Wisdom, also known as the Dar al-Ilm, or Dar al-Hikmah, was founded in 1005 AD under the sixth Caliph of the Fatimid dynasty, Al-Hakim bi-Amr Allah, whose notorious brutality and eccentricity earned him the title of the ‘Mad Caliph.’ The ruling Fatimids traced their descent back to the Prophet Muhammad through his daughter Fatimah, and belonged to the Ismaili branch of Shi’ism. At this time the Fatimid Caliphate stretched over large areas of North Africa, into the Levant and even as far as Sicily. After conquering Egypt under the leadership of General Gawhar al-Siqilli in 969 AD, the Fatimids established the city of Cairo, or al-Qahira in Arabic, as the capital of their kingdom.

Cairo, although populated for millennia, only became the city we recognize today during the 11th century. It was built primarily as a royal and military city full of palaces, gardens, mosques and barracks, and regime’s swift economic success meant the city was also able to develop into a cultural and intellectual centre. It was under the leadership of Caliph al-Hakim from 996-1021AD that Cairo truly began to blossom, with more mosques, including the Masjid al-Hakim, parts of which still stand today, palaces, pavilions, fountains and squares being built, with the intention of rivaling the age’s other great cities of cultural pre-eminence. Trade with Asia, Europe and North Africa made Cairo the hub of a booming economy. 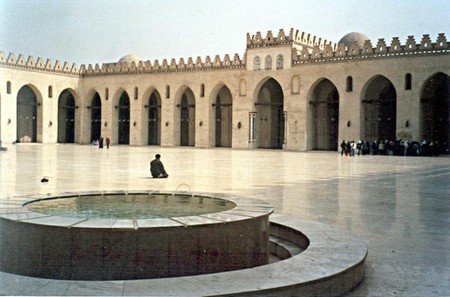 A central feature of al-Hakim’s project for moulding Cairo into a heartland of cultural and intellectual thought was the building of his magnificent library and university, the renowned House of Wisdom. Here many subjects, including astronomy, medicine, geometry, theology and grammar were taught by paid scholars, where the reading rooms were open to all those who wished to visit. Books were collected from all over the world on these diverse subjects. It is said that at its height the library held over 100,000 volumes within its halls, including 18,000 manuscripts on early civilizations. Mediaeval Historian Ibn Abi Tayyi called the House a ‘Wonder of the World.’

A first-hand account of the library’s inauguration has survived, written by al-Musabbihi, the court chronicler and friend of al-Hakim, quoted by Egyptian historian al-Maqrizi. It describes how ‘lectures were held there by the Qur’an readers, astronomers, grammarians and philologists, as well as physicians.’ ‘Into this house they brought all the books that [the caliph] ordered to be brought there, that is, all the manuscripts in all the domains of science and culture […] He allowed access to all this to people of all walks of life […] he granted substantial salaries to all those who were appointed by him.’ Some fabrication permitting, Al-Musabbihi’s record testifies to a concerted effort by al-Hakim to push back Cairo’s frontiers of Wisdom and secure its place as an intellectual and educational capital. 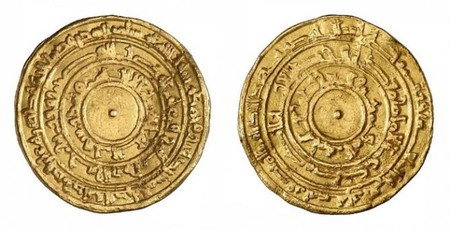 Under the Caliph’s patronage, and with the intention of outshining all other great libraries of the age, the House of Wisdom became an important centre for promoting education in all branches of knowledge. Among its contributions to the thought of the time is its creation of an astronomical chart which was able to compare data about stars and planets. The access to education which it offered the public lay among its principal achievements, and it was in this institution that many Fatimid da’is, or missionaries, received their training in the Ismaili mission. The education of the Ismailis and the Fatimid dai’as became a priority for al-Hakim, and he established a program of study meetings, or majalis at his palace in Cairo to further this, as well as granting funding for such projects. Such secret ‘wisdom sessions’ taught esoteric and elite beliefs and doctrines to their select participants, who later came to found the Druze religion.

However, while al-Hakim’s reign was a great time for intellectual progress in Egypt, it was also a highly dangerous, turbulent time politically, and Al-Hakim is still a highly controversial figure. He has gained a reputation for erratic cruelty and violence which strongly suggests an unsound mind. This ‘Mad Caliph’ systematically attempted to destroy all Christian churches and monasteries, as well as Jewish synagogues in the Middle East, which resulted in the destruction of the Church of the Holy Sepulchre in Jerusalem. Non-Muslims were forced to wear special clothing and badges to identify them from Muslims, and were put under enormous pressure to renounce their religion and adopt Islam. Sudden and radical shifts in al-Hakim’s policies and behavior, the aggression of his dealings with important members of his government, his paranoia at any sign of opposition, obsession with signs of immorality, and his ruthlessness towards other religions and minorities, meant his reign was characterized by instability and intrigue.

As the historian Paul Walker writes of the Caliph, ‘ultimately, both views of him, the mad and despotic tyrant irrationally given to killing those around him on a whim, and the ideal supreme ruler, divinely ordained and chosen, whose every action was just and righteous, were to persist, the one among his enemies and those who rebelled against him, and the other in the hearts of true believers, who, while perhaps perplexed by events, nonetheless remained avidly loyal to him to the end.’ However, mysterious circumstances cloud accounts of his death. One night in 1021 al-Hakim, who had inclined increasingly towards asceticism, left on his regular journey into the hills surrounding Cairo, but never returned. All that could be discovered was his mutilated donkey and bloodstained clothes. His death has remained a mystery ever since.

The Fatimid dynasty did not last much longer than the 11th century, and was greatly weakened by a succession crisis in 1094. As Cairo descended into political chaos the House of Wisdom began to suffer, being robbed in 1068 of thousands of its most valuable volumes of science and Qur’an manuscripts. A contemporary account of the library’s destruction describes how slaves and maids of the Sunni Berbers ‘used the covers to make sandals for their feet; as for the leaves, they burnt them because they came from the palace […] The ashes formed great hills in the province of Ibyar, which are even today called the ‘Hills of Books.’ Many books were thrown into the river or were otherwise destroyed, but many of them reached the great metropolises.’ The dynasty took its final dying breath in 1171 when the famous Salah al-Din ibn Ayyub, or Saladin as many know him today, took power. Fatimid Cairo and its renowned House of Wisdom were no more, but they did leave us an enduring memory of inspiring cultural and intellectual heights.