A Solo Traveller's Guide to Egypt 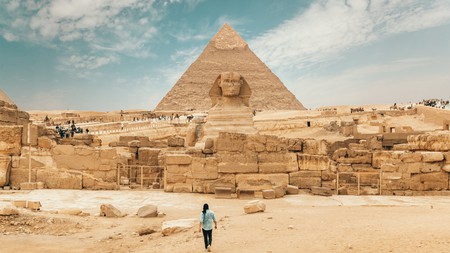 Ancient wonders await when you go it alone in Egypt | © Unsplash

It’s hard to believe that the Fourth Dynasty pharaohs, who ruled in the great pyramid-building era, lived around 4,500 years ago. Hard-to-grasp realities such as this are what make Egypt such a jaw-dropping experience. From those icons of Cairo to the intricately chiselled temples of the Nile, it’s obvious why Egypt is up among the major bucket-list journeys in the world. Fancy starting the ball rolling with your own adventure? We’re here to help.

Nobody would call the humongous capital, Cairo, anything other than frenetic, its streets teeming with horses, carts, horn-blaring buses and smoke-belching jalopies. But chaos is what makes the place so irresistible once you’ve acclimatised. And that’s to be contrasted with the regal serenity of the Nile, seen through a hotel window at hazy dawn, or after dark when the neon lights blaze, reflected in ship ripples. In markets and restaurants, you’ll find the welcome almost urgently friendly – yes, people want you here. So go with the flow.

It’s a big old land – from the oasis towns of the Western Desert (including, most famously for travellers, Siwa) to the crumbling colonial city of Alexandria, gazing out over the Med (it works best paired with Cairo). Then there are the dive sites of the Red Sea (Hurghada, Sharm-el-Sheikh) and the Egyptian capital. Towering over everything are the pharaonic temples of the Nile, which easily merit a journey alone. In all likelihood, you won’t cover these all in one trip. So factor in a week for Cairo and the Nile, ditto for a Red Sea holiday. 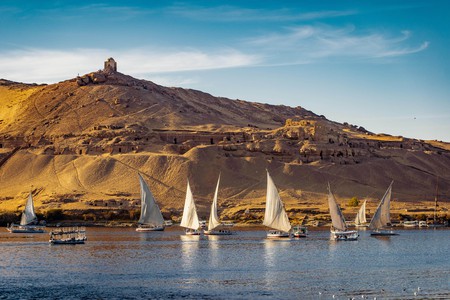 Where to stay in Egypt as a solo traveller

For visitors from Europe, the US or Australia, Egypt presents excellent value – even if you shell out for a stay in a Red Sea all-inclusive you’re going to be quids in. Likewise rooms in the high-rise international five-stars that line the Nile in Cairo – check with an online travel agency and you’ll easily find super-swish doubles with all mod cons for around £150 a night (worth it if only for a splurge at the beginning or end of your holiday). Nationwide, inns and guesthouses cater to the budget-minded solo traveller. And Nile cruises go all out to lure lone adventurers, as the briefest web trawl will reveal.

For more help see our expert round-ups, among them the best hotels in Cairo andthe top luxury hotels in Egypt.

What to do in Egypt as a solo traveller

Temple discoveries, museum wonders, serenity and starry skies – whatever you do in Egypt you’re going to return a richer person for the experience. Below we’ve sidestepped some of the major-league attractions to bring you atmosphere-laced alternatives.

So far south it’s on the cusp of Nubia, the Nile town of Aswan is exceptional. Cruises tend to begin or end here (with Luxor, 200km/125mi or so north, the start or finish point, depending on the direction of your voyage). As night descends it’s exhilarating to wander the streets of emporia and stalls, some aromatic with snack food (lamb meatballs, or kofta), others practically running over with sacks of spices you can buy for a song. In Aswan, make a date for sunset cocktails al fresco at the Old Cataract Hotel, overlooking a bend in the Nile. It’s dreamlike, as willow-masted felucca boats drift by in the breeze and slowly stars appear above.

Experience Aswan on land and water as part of TRIPS by Culture Trip’s 10-day itinerary Pyramids, Temples and the Nile: the Ultimate Egypt Experience. 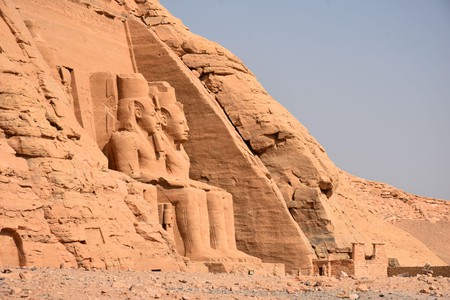 Founded by Alexander the Great in the fourth century BCE, this dilapidated Mediterranean city is laced with atmosphere and memory. As you’ll know, it was home to one of the seven wonders of the world, the Lighthouse of Alexandria, destroyed by an earthquake around 1375CE. And the famous ancient library? Also gone – but an architecturally sensational example was constructed in 2002, capable of storing up to 11m books. Alexandria isn’t big on monuments – you come to wander the Corniche, past faded art deco hotels (namely the Metropole and the Cecil), have a fish dinner or coffee in an old cafe, and dream of the heyday, when Greek, Armenian and Jewish traders kept the city glamorously alive and wealthy.

You can’t miss this one, as it’s a dead-cert stop on any Nile cruise. It’s uniquely beautiful and eerie – a double (mirror-image) temple to Sobek, the ancient crocodile-headed god (a mirror-image represents good and evil – the Egyptians saw crocodiles as smilingly benign one minute, savage killers the next). Gods were believed to disguise themselves in animal form to see off danger – in Sobek’s case, the Nile’s annual inundation. Wander in silence, observing the engraved walls. And shiver in the basement exhibition room, home to semi-mummified crocs still grinning after millennia. 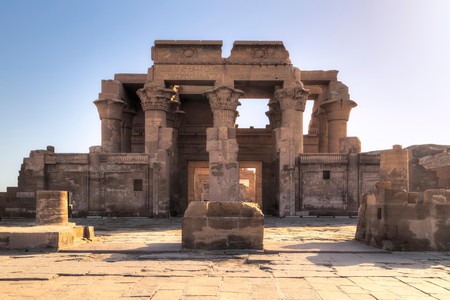 Eating and drinking in Egypt

If you’ve been to the Middle East you will know what to expect here – albeit with occasional twists. On the street, in dining haunts – perhaps even if invited to someone’s home – the usual delicious suspects are everywhere. Falafel (balls of mashed, fried fava bean) always hit the spot, be it for breakfast or later. The beany stew ful medames is ubiquitous and moreish, flavoured with cumin, lemon juice, garlic, onion and olive oil. Think of both as Egyptian fast food. On the meat front, kebda is grilled liver (but can be other produce) served in sandwiches or as a starter. Fish is popular particularly by the coast – ask for denise and you’ll get glistening sea bream.

And drinking? Beer and wine have been around since the days of the pharaohs. Look out for Egyptian Stella, plus red, white and rosé local wines, in restaurants and hotel bars.

Hungry for more? Feast on Culture Trip’s guides on what to eat and drink in Egypt. 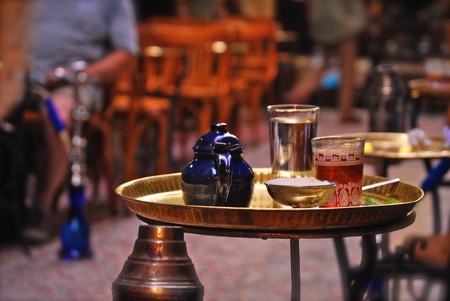 As the British Foreign Office website assures travellers, the crime rate in Egypt is relatively low. The main hassles are, as you might expect, pickpocketing and overbearing trinket and ticket touts. As you would in any unfamiliar major city, keep your wits about you when using taxis and heading around at night.

Getting around Egypt solo

Buses operate pretty efficiently nationwide, while in cities taxis are plentiful – ask your hotel to flag down a driver for you if you’re unsure, they can establish the fare and explain where you want to go. A good tip is to have your hotel name written in Arabic on a piece of paper – it makes for easier trips home after days and evenings out. For longer jaunts, consider a flight with Egyptair, which has a decent network. Like trains? Explore the rail-travel options with Egyptian National Railways.

Best of all, join an organised tour, such as TRIPS by Culture Trip’s 10-day itinerary Pyramids, Temples and the Nile: the Ultimate Egypt Experience. 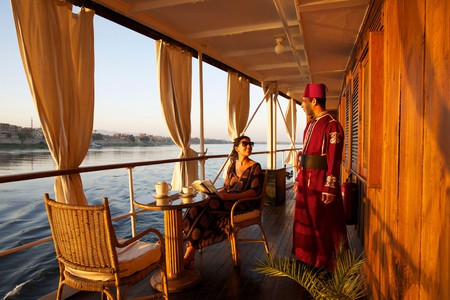 As you might expect, Egypt being a Muslim country, respectable clothing – particularly when entering formal establishments – is recommended. Don’t dress as if you’re heading for the beach unless you actually are on the beach. Always treat monuments with care and consideration – don’t go clambering at will, and don’t touch just because there are no signs forbidding it. You’re in ancient, venerable territory, after all.

Want to explore Egypt as part of a small group of like-minded travellers? Sign up for TRIPS by Culture Trip’s 10-day itineraryPyramids, Temples and the Nile: the Ultimate Egypt Experience. Highlights include visiting the Great Pyramid and the Sphinx of Giza, a luxury Nile cruise and kayaking at Aswan.