A Portrait of Egypt in Flux: Naguib Mahfouz’s Palace Walk 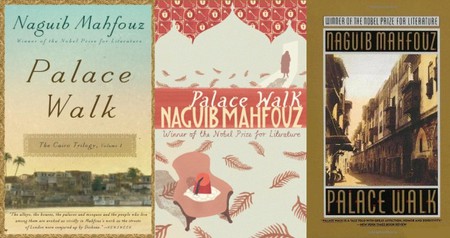 Naguib Mahfouz remains the most highly acclaimed Egyptian writer of the 20th century and a key figure in the literature of the Arab world. Sarah Zakzouk of the Arab Review appraises Mahfouz’s Palace Walk, the first part of his ‘Cairo Trilogy‘, which portrays a tumultuous period in Egypt’s history, not too dissimilar from the present day.

‘An Englishman – in other words, the kind of man he imagined to embody all the perfections of the human race’ -Palace Walk

A novel which lends itself beautifully to the complex history of Egypt, this is a masterpiece by writer and Nobel Prize-winner Naguib Mahfouz. Set amongst the chaos of the Egyptian revolution of 1919, the story chronicles the British occupation of Egypt and Sudan in the wake of the British-ordered exile of revolutionary leader Saad Zaghlul, and numerous other members of the Wafd Party. Mahfouz himself witnessed this revolution, the major events of which took place on the very street in which he resided. He is the first – and to date, only – Arab writer to win the Nobel Prize in Literature. This man’s very influence saw the rise of national fiction, at a time in which novels were unknown in Arabic literature, having been shunned to the ranks of popular culture. 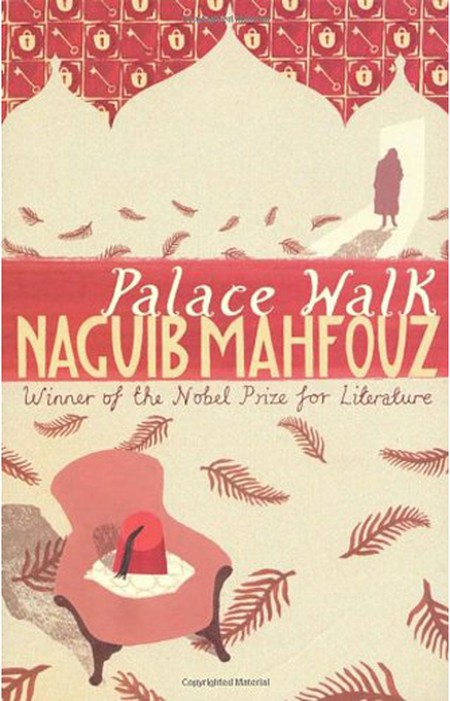 Mahfouz completed the ‘Cairo Trilogy’ in 1952, publishing the first part, Palace Walk, in 1956, followed by the publication of the final two parts, Palace of Desire and Sugar Street, in 1957, for which he obtained a prestigious State Literary Prize. Mahfouz gained his literary education through the popular story-telling of the bard in the coffee-house next to his family home. This is a reminder of the very nature of the coffee-house at this period in time; it was a culture of its own: a place to exchange great ideas, to debate, to confront, and most importantly, to learn. Great minds would come together to inform and educate, to rebel and reflect. Mahfouz was a liberal Wafdist – the Wafd party holding the majority at the time, and working to end the British occupation in the country.

Palace Walk (Bayn al Qasrayn) begins its story in 1917 during WWI, ending with the outbreak of the 1919 nationalist revolution. The year 1912 saw Egypt become a British protectorate. WWI saw a shift in mentalities: where political agitation had previously rested almost entirely with the educated elite, this tumultuous period saw nationalist fever spread to the masses as a result of Egypt’s increasing involvement in the war. By the end of the war, Egypt was demanding the return of its independence. Led by Saad Zaglul of the Wafd Party, a mass movement for the full independence of Egypt and Sudan was underway.

Fearing social unrest, the British took action and removed Zaghlul and the main Wafd leaders from the action, exiling them to Malta. Massive demonstrations ensued, bringing together men and women, Muslims and Christians, and people from all walks of life together under one banner, with the aim of creating an independent Egypt. Hundreds of Egyptians were killed in the uprisings, but not in vain, as this resulted finally in the declaration of independence for Egypt in 1922. A story that is remarkably current; this is a reflection of the strength of national identity streaming through Egypt at this very moment in time. The Arab Spring has laid witness to the coming together of the Egyptian peoples as a nation to overcome their oppression under the dictatorship of Hosni Mubarak. This is a nation with a complex history and as of yet, a problematic present; but this is a country with promise and a great deal to offer. 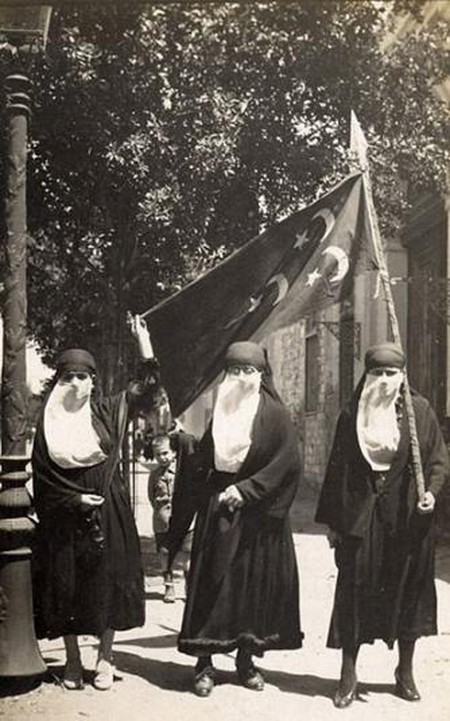 This cleverly-written novel is about the structure of the family unit, the role of the patriarch and matriarch, and the political repercussions that ensue as barriers are broken and roles become reversed over time. This is a political allegory, adopting the Jawad family structure to mirror the political ramifications and urban culture of a life in twentieth century Egypt. Ahmad Abd al-Jawad is the epitome of the Egyptian patriarch, a nostalgic and somewhat inspirational character, allegedly based on Mahfouz’s own father figure.

We are constantly at odds with the gender balance in this story; the seeds for the downfall of the patriarch are planted early on, with Abd al Jawad’s own son Yasin catching him in his lewd, sexualised environment of alcohol, music and women. This subversion of patriarchal dominance continues with his second son, Fahmy who refuses to sever his links with the patriotic movement, leading ultimately to his untimely and tragic death at the end of the first Part. The youngest of the sons, Kamal, continues in this disobedience to his father’s wishes when he opts to follow the path of an academic, a leader in education and enlightenment, whilst his father insists on him following the path of a lawyer, a reputable career path for his son. Contrastingly, the role of the mother, Amina, grows in strength as the narrative develops. The loyalty held by the children for their mother is made unmistakably clear from the outset of the novel, in their plot to demand the return of Amina after she is banned from the household, for visiting the shrine of al-Husayn, a formidable act of disobedience to her husband.

Every member of the Jawad family plays an integral role in forming the subtle layers that make up and support the patriarchal narrative. This allegorical quality uses the novel to bring Egyptian traditions to the forefront of the subject matter, whilst alluding to an undertone of the national reality and the rise of national identity, in a tone that circumvents political authoritarian control, posing a challenge to the prevailing political establishment. Palace Walk, and The Cairo Trilogy as a whole is a book for anyone who wishes to learn about the richness of this country’s past and its potential for prosperity and wealth in the future.

Originally Published in The Arab Review