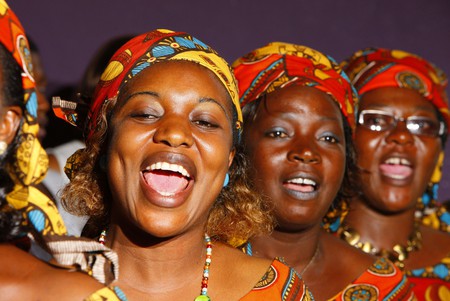 It can take up to four big events to complete a wedding in Cameroon. The traditional, civil and church ceremonies are preceded by a ‘knock door’, which is a visit to the family of the bride to ask for permission to marry their daughter. Here are some of the fun things to look out for while attending a Cameroonian wedding.

In the traditional setting, weddings are seen as a coming together of families, which leaves most of the responsibility with the heads of the two clans. Usually the parents of the bride and groom will play a secondary role, while the recognised family heads engage in the bride-price negotiations.

Paying a bride price is still standard practice in Cameroon. Today it is seen as acknowledgment of the good work the bride’s family has done in raising a woman fit for marriage. The price is often negotiated between the two families, but the groom and his team also shower aunts and uncles with gifts to ease the process. The bride’s family has to be careful not to demand too much, as custom insists on goodwill and care between both families throughout the marriage. 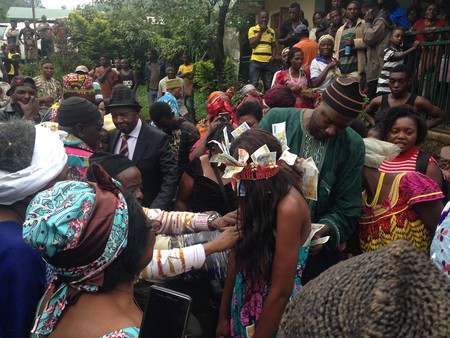 After a bride price has been agreed at the traditional wedding, several women are brought in with their heads covered. The groom pays a fine every time he picks the wrong woman, until he finds his wife. This cheerful exchange can go on for a while, but erupts into wild celebrations once the right woman is revealed. 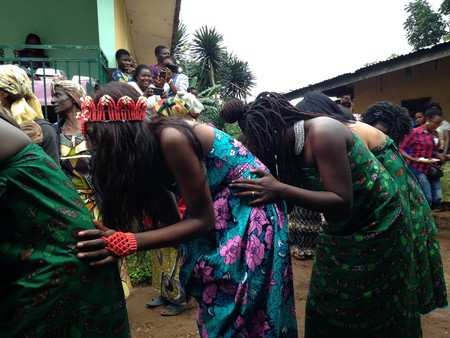 Every colour on the wedding cake symbolises some good fortune

Before the couples both cut into their wedding cake, there’s an introduction by the baker, who goes into great detail about what each colour represents. Colours might signify happiness, fertility, royalty, purity or whatever good fortune they choose. After feeding each other, the couple take turns feeding each other’s family to show they’ll love and take care of them. 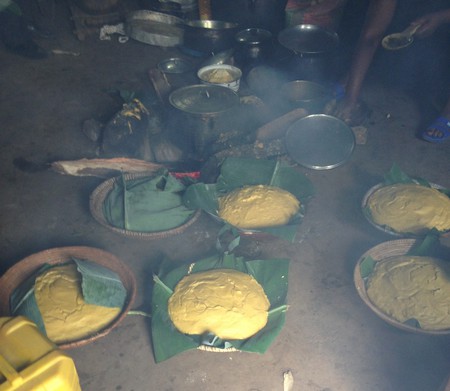 Entertainment is not left to chance

The best part about traditional weddings is the engagement between the families and friends of the bride and groom. There is fun in the form of bargains, entertainment and money-spraying, all designed to keep the place noisy. A gwedeng, or clown, is present at every traditional wedding organised by the Kom people. He leads the occasion with jokes, rites and clever stunts. 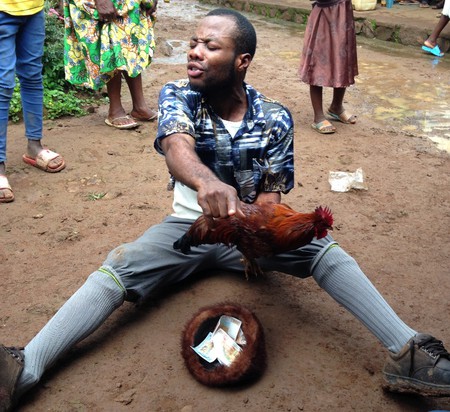 Some couples change as many as five times at their traditional wedding. Colour is the name of the game. In the West of Cameroon, the atoghu, a traditional dress in the Grasslands, is the main outfit. Another staple at some ceremonies is camwood, a brown powder made from the African sandalwood tree that is used by the bride and her team. In some cultures the bride is completely covered in it at her wedding.

Handing over the bride

The bride is usually escorted to the family home of her husband by her aunts and cousins after the traditional wedding. There they are welcomed by the women of her husband’s family in another round of wild celebrations. 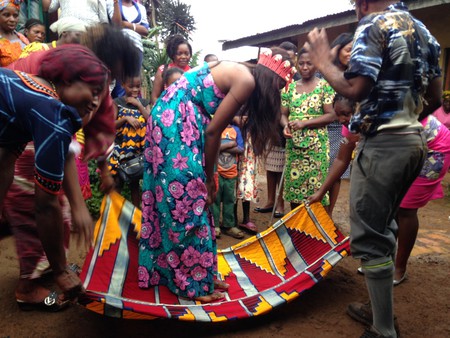 Family members celebrate the bride | © Tony Vinyoh
Give us feedback