Why the Women of Burundi Are Banned from Playing the Drums 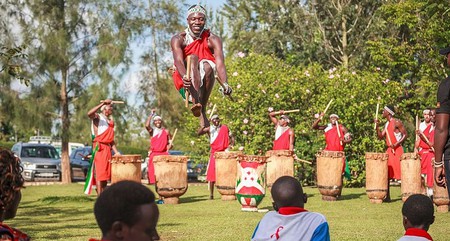 In Burundi, a Central African, landlocked country, women have been banned from beating the Royal Drums since October 2017. Some see this decision as a way of limiting the freedoms of women in society, but many have chosen to back the decision. Here we explain why women in Burundi are not allowed to be Royal Drummers.

Burundi’s Royal Drum performances are arguably one of Burundi’s biggest tourist attractions and one of the most entertaining events in the world. Even in local events, attendance is generally higher where the drummers are present and lower for events without the drummers. The Royal Drum performances were successfully registered by UNESCO on its Representative List of the Intangible Cultural Heritage of Humanity in 2014. Women are, however, allowed to perform dances to accompany the drums.

According to Patrice Ntafatiro, a researcher of Burundian culture, during the 15th century during the first years of the monarchy in Burundi, women were allowed to be drummers. The practice of beating the drum was initially reserved for the clan called “Abanyagisaka,” located in Gitenga, Central Burundi. According to Ntafatiro, at that time women were beating drums because it was a tradition belonging to an entire clan and some of its families. The first Burundian monarch, Ntare Rushatsi Cambarantama then asked that these drums be played only at the court and only for the king. This is how they became ‘Royal Drums’.

Coming to a consensus

Once the king had announced his decision, men and women from the Abanyagisaka clan sat together to discuss how to deal with the new legislation. The drummers and drums themselves were regulated and only played once a year in a royal festival called ‘Umuganuro’ (the festival of seeds). Before this holiday, which took place around November of each year, the members of this drumming family would spend months preparing. They would go into the bush looking for the trees from which they would make the drums. This endeavor could take longer than four months. Because of this, and because of reports of incidents of incest between the clans people, the elders came to the agreement that only men will play the drums. The drums in turn became representative of the female and designed in a way that would reflect this symbolism. 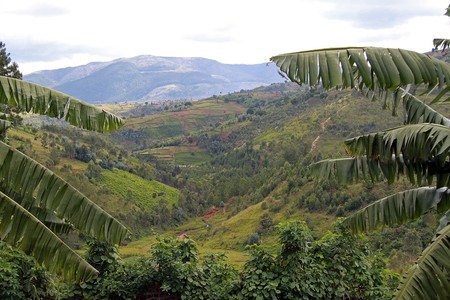 An example of the Burundi's rugged terrain | © Christine Vaufrey / Flickr

To further expand this family of drummers, two other clans were added to this noble mission. The Abasongore, who were known for their handiwork as well as Abaragane, who were blacksmiths who provided the iron equipment to make drums from tree trunks. The three families are the originators of this Burundian drumbeat.

Over time, more and more people took part in drum making and drum playing. After a long wait, women took advantage of the women’s emancipation movement and found a place in the drumming game once more. However, a presidential decree in October 2017 once again restricted women from playing the Royal Drums. It is widely believed that this law was passed in an attempt to protect and continue in the practice of its sacred traditions. 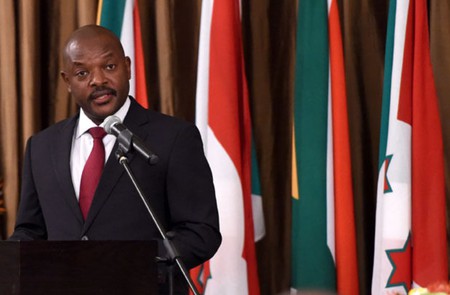 The representation of the woman in a Royal Drum

The design of a Burundi Royal Drum is said to personify the body of a woman. In this way, women are made part of the drumming performance without they themselves having to perform. The female body parts represented on a typical Royal Drum are said to be: the breasts, the navel, the stomach, and the genitals. The breasts are signified by small wooden blocks around which ropes are tied and attached to cowhide which covers the opening of the drum. The ‘navel’ of the drum is a small indentation at the bottom of the drum. It is a sign of beauty in Burundian belief to have a navel which is hollow, or curves inward. The belly of the drum is the opening, which is covered by cowhide. When one beats on this skin above the belly, the noise becomes intense. And as the belly in the woman carries the child, as does the drum carry the music to its strong interior. The genitals of the drum are called ‘Ubwami’ (a euphemism in Burundian culture which symbolises the female intimate parts and translates as ‘kingdom’). It is on this part that the drummers beat with sticks to produce a musical rhythm that is coordinated in a spectacular way. 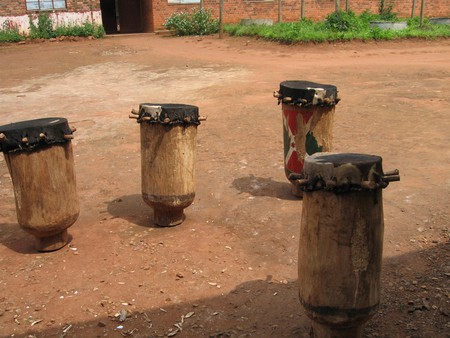 Examples of some Burundian drums | © Tequendamia / WikiCommons
Give us feedback