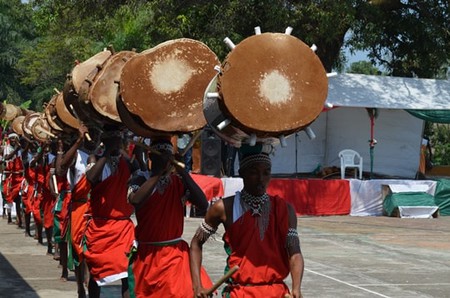 A procession of the royal drummers of Burundi | © Desire Nimubona

Burundi is a small country located on the shores of Lake Tanganyika. It lies between Tanzania in the east and south, Democratic Republic of the Congo in the west, and Rwanda in the north. With its warm climate, equally warm hospitality and interesting places to visit, Burundi is a country where it’s great to be a tourist. Here are eight reasons why everyone should visit Burundi at least once in their lifetime.

Burundi is home to several tourist destinations that are mostly linked to the country’s history of exploration. When one travels 12km (7.45 miles) south of Bujumbura, the capital, they’ll find the Livingston and Stanley stone, a memorial to commemorate the journey of the two British explorers. Burundi is also home to a Burton and Speke Memorial which is located in Nyanza Lac, near the borders of Tanganyika. Historians say Burton and Speke, also British explorers, spent some time there before they continued on their journey in the late 1800s. Burundi is also home to Germans’ Gorge located in southern Burundi not far from the Tanzania-Burundi border. This place is believed to be where Burundi’s first king came from before he travelled to central Burundi where he proclaimed himself king.

Another important place to visit in Burundi is the southern source of the Nile, which is located in Rutovu district, in southern Burundi and around 120km (74.5 miles) from Bujumbura. A pyramid has been built there and attracts many visitors. It is located in a place with lower temperatures and it is amazing to watch how the long Nile flows from a well-built pyramid and makes its way towards the Mediterranean Sea. 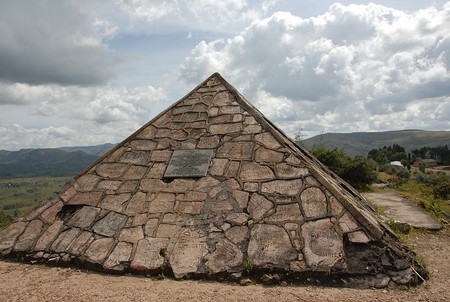 You can admire Lake Tanganyika’s beauty on extraordinary beaches

This lake has many beaches on its shores stretching from the capital city Bujumbura all the way to Nyanza Lac in southern Burundi, closer to Tanzania. Lake Tanganyika beaches such as La Costa Beach, Yucca Beach and the like are the most visited places. You can also see hippopotamuses come out of the water and rest on the beaches with people. Most of the time they are not aggressive at all and sometimes, they march onto the streets especially during karaoke time when they come close and stay there without any harm.

The thermal water is therapy: come and see for yourself

Burundi is the home of more than 10 thermal water sites around the country although not all of the sites are operational. Considered therapy, thermal water sites are visited by many people who claim to be suffering from rheumatism. For tourists, it is therapy as well as a great place to swim. Feel the warmth of this hot water that comes directly from the centre of the Earth.

Burundian food and drinks are unique

Lake Tanganyika hosts a variety of fish that don’t exist elsewhere. Tanganyika hosts Sangala (known as captain), Mukeke and Ndagala that are not available in any other place in the world except in Burundi. Burundi is also the land of some traditional food and traditional beer that can be bought in Bujumbura’s Musé Vivant shops. It is a place not far from the National Radio and Television Centre where tourists can observe animals and drink local beer. At Musé Vivant in Bujumbura you can taste sorghum beer, honey liquor and banana wine. All of them are made in a traditional way and served in traditional calabashes.

Drums are beaten to celebrate life in this landlocked east African country. Drummers wear white, red and green, the colours of the Burundian flag, and their performances can be seen in some parts of the country, especially in Bujumbura. Here visitors can watch them during rehearsals or during official events. You can also visit Gishora Drum Site in Gitega Province (Central Burundi) which is a traditional place for the drummers where old and new drums are kept in traditional huts. 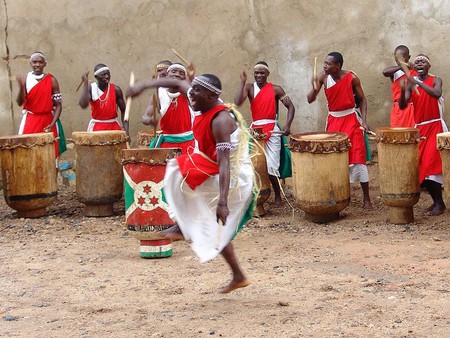 The royal drummers of Burundi during an energetic performance | © Adreas31 / WikimediaCommons

Your tea and coffee probably comes from here

Burundi is home to many coffee and tea farmers. Most people know the coffee that comes in Nestlé cans or the bags of tea. But before the final stage, coffee and tea crops are what Burundi mountain dwellers work with several times before their harvest. Having and managing a coffee plantation has become the culture in some places. Come and visit the farmers in their homes and see their crops and how coffee and tea are treated before they are exported. 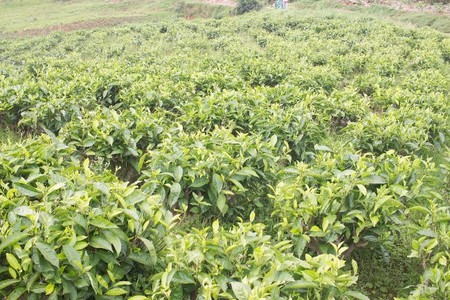 Burundi’s citizens are known to be highly hospitable. A visitor, or “Umushitsi”, in Kirundi, is respected and protected. It is customary for a local to attempt to speak the visitor’s language and offer help rather than expecting the foreigner to attempt to speak the local language. This love towards visitors is an historical heritage, as even before the colonization by Germany and Belgium, hospitality was one of the foundational stones of Burundian society.