The Top West African Diaspora Authors You Must Read 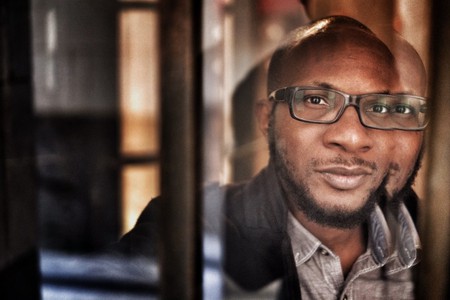 Contemporary African literature continues to grow in leaps and bounds with every year ushering in a new brilliant voice. Gone are the days when Chinua Achebe and Wole Soyinka were the only names that came to mind when one thought about literature from the continent.

Today’s writers are as bold, unique, and captivating in their various styles, broaching topics from queerness to gender identity, and West African mythology to postcolonial migration among other things. These are a new wave of literary voices emerging from diasporans originating from West Africa. You’ve probably heard of Chimamanda Ngozi Adichie and Taiye Selasi. It’s about time you also read from the evocative voices of the authors below.

Born in the US in 1975 to Nigerian parents, Teju Cole is a writer, art historian, and photographer. Although soon after he was born his family moved back to Nigeria, he later returned to the US at the age of 17 to study at Western Michigan University. He currently resides in Brooklyn and is the author of four books. His novella, Every Day is For The Thief, was named a book of the year by the New York Times, while his novel, Open City, won the PEN/Hemingway Award, the New York City Book Award for Fiction, the Rosenthal Award of the American Academy of Arts and Letters, and the Internationaler Literaturpreis.

Cole also went on to write an essay collection, Known and Strange Things, and his most recent work, Blind Spot (published in 2017), is a photobook named as one of the best books of the year by Time magazine. 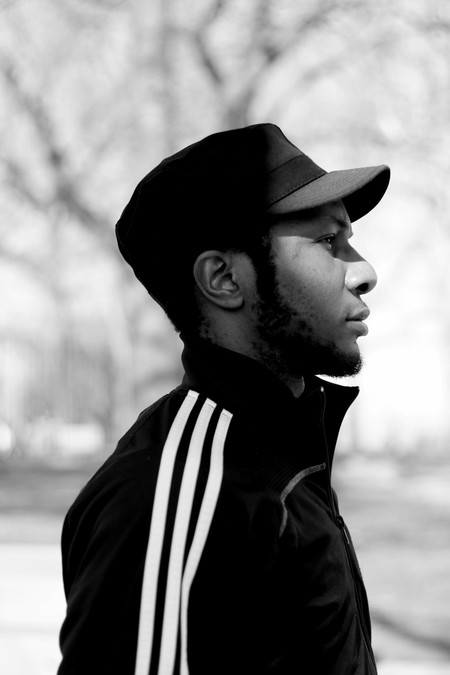 A newcomer on the African literary scene, Chinelo Okparanta was born and raised in Port Harcourt, Nigeria, before moving to the US with her family at the age of 10. She has a BSc degree from Pennsylvania State University, MA from Rutgers University, and an MFA from the Iowa Writers’ Workshop.

Her debut book was a collection of short stories, Happiness Like Water, which was listed on The Guardian’s Best African Fiction of 2013 and was also nominated for the Nigerian Writers Award. Her second book, Under The Udala Tree, published in 2015, is a riveting tale about a young lesbian woman’s coming of age during Nigeria’s civil war. 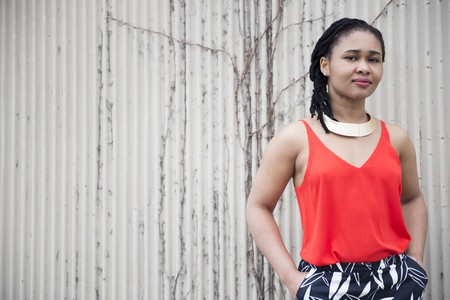 Chika Unigwe is the sixth of seven children born in Enugu, Nigeria, where she obtained her BA in English at the University of Nigeria, Nsukka. Following her marriage to a Belgian engineer in 1995, she moved to Turnhout, Belgium, where she resided until 2013 when she emigrated to the US. While in Europe, she earned an MA in English from the Catholic University of Leuven (KUL), and then a PhD from the University of Leiden, the Netherlands. She has written four books, two children’s books published by Macmillan, and many other short stories and essays.

Unigwe’s first novel, De Feniks, was published in Dutch in September 2005 and is the first book of fiction written by a Flemish author of African origin. Her second novel, On Black Sisters’ Street, was first published in Dutch as Fata Morgana, and won the 2012 Nigeria Prize for Literature valued at $100,000.

She is creative director of the Awele Creative Trust, and was a judge for the Man Booker International Prize in 2016. 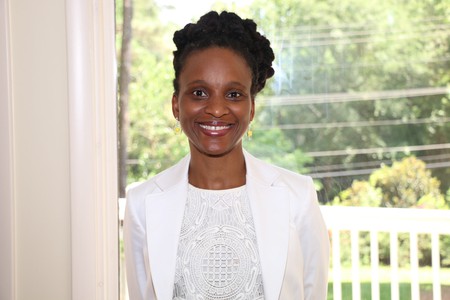 Imbolo Mbue, a native of Limbe, Cameroon, moved to the US at the age of 17 and became a citizen in 2014. She holds a BSc from Rutgers University and an MA from Columbia University. Her debut novel, Behold The Dreamers (published in 2016), was inspired on a leisurely commute when she sighted chauffeurs waiting for executives in front of the Time Warner building. She had recently lost her job at the time, and it served as a catalyst for her to explore the lives of these two different men and how their class position affects their experiences and family life. The book won the PEN/Faulkner Award for Fiction, the Blue Metropolis Words to Change Award, and was an Oprah’s Book Club selection in 2017. The novel has also been translated into 10 languages, adapted into an opera, and optioned for a movie. Mbue currently lives in New York City. 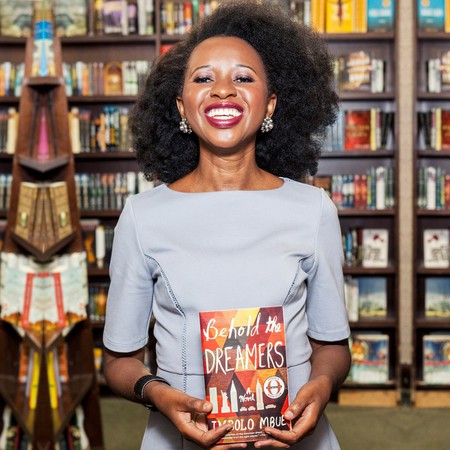 Chigozie Obioma is a professor of English and creative writing at the University of Nebraska-Lincoln. He was born and raised in Nigeria in a family of 12 children (seven brothers and four sisters). His first novel, The Fisherman, was published in 2015 and is being translated into 26 languages. He started writing the debut while studying at Cyprus International University after being inspired by reflections of his father’s joy on the growing bond between his two eldest brothers who were rivals in their childhood. The book was named a best book of the year for 2015 by the UK Observer, The Economist, The Financial Times, the Wall Street Journal, and was shortlisted for the Man Booker Prize. His second novel, An Orchestra of Minorities, will be published in January 2019. 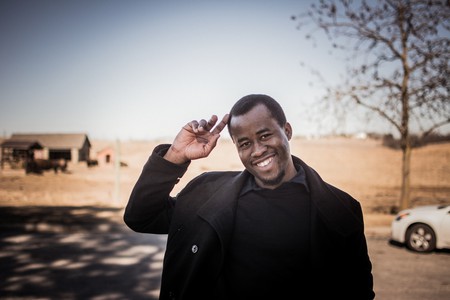 Chibundu Onuzo is a Nigerian novelist currently studying for a PhD at King’s College London. She moved to England at the age of 14 to study for her GCSEs, and by 17 started writing her first novel, The Spider King’s Daughter, which was later signed on by Faber and Faber and published when she was 21. She was the youngest female writer ever taken on by the publisher. The Spider King’s Daughter won a Betty Trask Award, and was shortlisted for both the Dylan Thomas Prize and the Commonwealth Book Prize. Her second novel, Welcome To Lagos, was published in 2016. 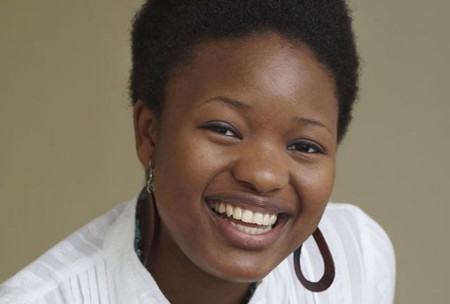 Another newcomer on the African literary scene, Tomi Adeyemi is a Nigerian-American writer and creative writing coach based in San Diego, California. She graduated with an honours degree in English literature from Harvard University, and went on to study West African mythology and culture in Salvador, Brazil. 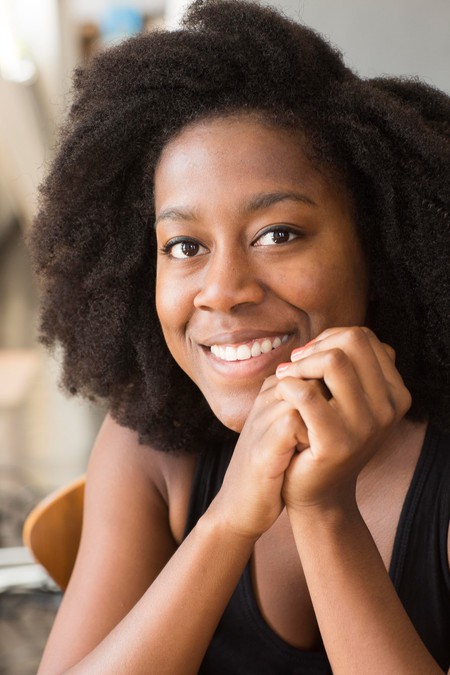 Also a newcomer on the African literature block, Akwaeke Emezi is an Igbo and Tamil writer and video artist who identifies as a non-binary transgender. Born and raised in Nigeria they moved to America with their family as a teenager. They hold two degrees, including an MPA from New York University.

Emezi’s debut autobiographical novel, Freshwater, was published by Grove Atlantic in February 2018 and has been reviewed by the New York Times, the Wall Street Journal, the New Yorker, and the LA Times, among others. Their second book, a young adult novel PET, will be published in 2019 by Make Me a World, Christopher Myers’ imprint in partnership with Alfred A. Knopf Books for Young Readers.

In 2015, Emezi received a Morland Writing Scholarship to write their second novel, and their short story, Who is Like God, won the 2017 Commonwealth Short Story Prize for Africa. 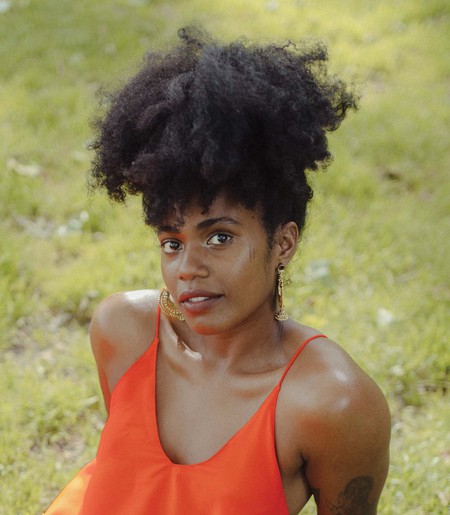 Yaa Gyasi is a Ghanaian-American novelist born in Mampong, Ghana. She received a BA in English at Stanford, and a MFA from the Iowa Writers’ Workshop. Her debut novel, Homegoing, was published in 2016 and earned her the National Book Critics Circle’s John Leonard Award for best first book, the PEN/Hemingway Award for a first book of fiction, the National Book Foundation’s ‘5 under 35’ honours for 2016, and the American Book Award.

Homegoing was inspired by a trip she took to Ghana in 2009, the first since leaving the country as a child. She cites Song of Solomon by Toni Morrison as one of her biggest inspirations. 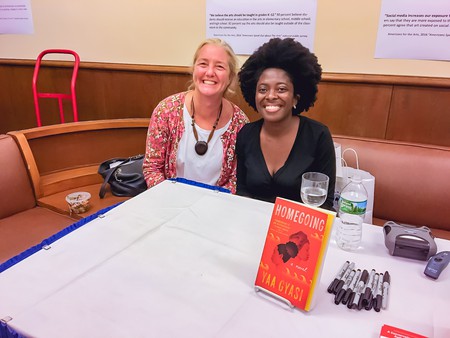