An Introduction to the Somali People 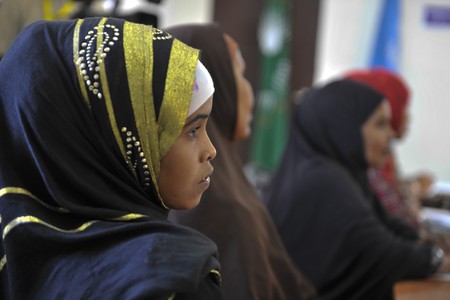 Scattered across several African countries, the Somali people are just one ethnic group out of the many that make up the cultural diversity of the Horn of Africa.

Around 1200 A.D., Somali people appeared in southern Ethiopia and then migrated into northern Kenya 150 years later. They then gradually moved north and occupied the Horn of Africa.

For centuries, parts of the Horn of Africa were under Egyptian rule. By the 10th century, most Somalis had already converted to Islam. Arabs shifted their interest towards the coasts of Somalia and across the Indian Ocean. By the 13th century, Mogadishu was the epicentre of flourishing trade routes on the East African coast. By the 18th century, Somalis were the dominant ethnic group on the Horn of Africa. From this point onwards, the Somali people were under the rule of France until 1973. 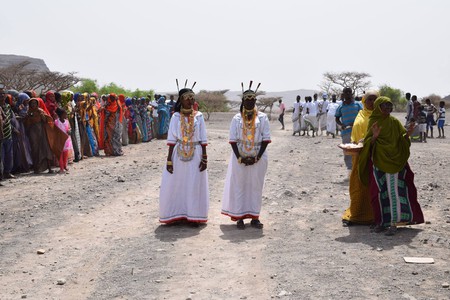 Somali people occupy all of Somalia and Somaliland, and the northern part of Djibouti. In Djibouti, they are concentrated in the capital city and the south-eastern region, and are said to constitute around 60 per cent of Djibouti’s population. They are also present in north-western Kenya and the Ogaden region of Ethiopia. 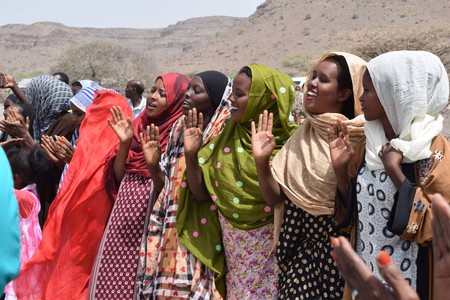 Most Somalis belong to the Issa or Gadabuursi clans. They recognise each other by referring to one’s clan or family, but it is not required of them to carry a family name or surname. However, they all share one common faith: Islam of the Sunni sect.

Although Djibouti, Somaliland and Somalia all have coastlines, Somalis are inherently herdsmen and nomadic people, who are constantly on the move in search of resources. The nomads live in portable huts that they can transport on camels when needed. The majority of Somali people agree that the camel – which has for centuries embodied the most important source of income, meat and milk to nomadic Somalis – is the emblem of the ethnic group. Bringing wealth, salt and gold trade to the different clans, even Somali social status used to be determined according to one’s herd of camels. In rural areas this is still an important aspect of Somali culture today.

The arid climate, scarce resources and sparse vegetation across the Horn of Africa have forced Somalis to become competitive and have been the cause of wars and clashes with neighbouring groups such as the Afar. Nowadays, while nomadic shepherds are struggling to find appropriate grazing spaces inland for their cattle, urban youth suffer from growing unemployment levels and a lack of opportunities.

Somali people are the only homogenous ethnic group in all of Africa that speak one common language. The Somali language is an Eastern Cushitic dialect from the Afro-Asiatic family of languages, also previously called Hamito-Semitic.

There are several variants to the Somali language: coastal and central Somali is different from Somali spoken inland. A written form of Somali was only developed in 1973.

For ceremonial occasions like weddings, religious holidays, births and others, Somali people gather together with their families to make coffee and tea, bake bread, slaughter sheep and goats, and follow Islamic precepts in celebrations: distributing food to the less fortunate and inviting neighbours to join in the festivities.