If you’re looking for pristine white sand beaches, crystal clear waters, unique wildlife, deep histories, warm oceans, and friendly locals this is where you’ll find it. Together with a varied range of activities to engage in Africa’s stunning islands have plenty to offer. The continent is home to some of the most stunning beaches and best island breaks in the world. Here’s our guide to the best African island getaways. 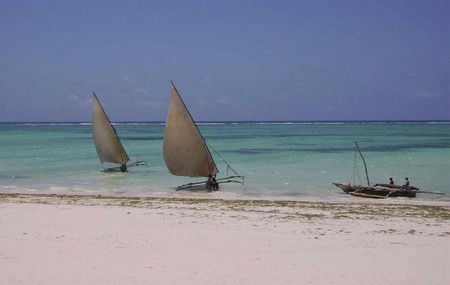 Zanzibar is an island rich in history and culture but also one which boasts some of the most beautiful beaches to be found in Africa. It is home to a UNESCO World Heritage Site, namely Stone Town. Visitors can explore its beautiful winding alleys and marvel at the impressive Arab houses and intricate doors. They can also learn why Zanzibar is often referred to as the Spice Island by tasting delicious fruits, spices and even rare plants. Of course, they can also relax on stunning white sand beaches all year long. 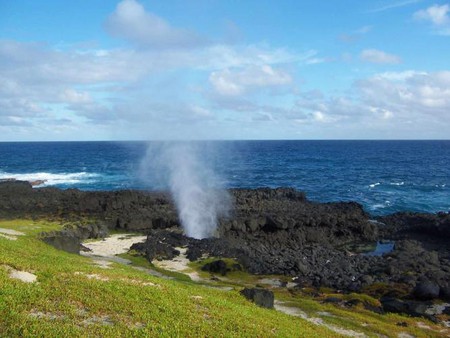 São Tomé is the largest island of the beautiful Portuguese-speaking country which sits on the Equator, São Tomé and Príncipe. As it receives little tourism, visitors here can enjoy snorkeling and diving experiences in uncharted waters. They can also wander around sleepy fishing villages peacefully. Other attractions include an impressive chocolate factory and indulging in delicious coffee considered to be some of the best in the world. In the early 20th century, São Tomé was one of the biggest cocoa producers in the world. 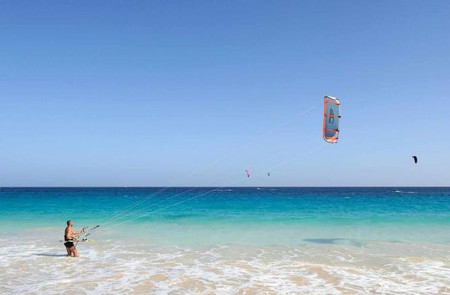 Cape Verde is by far one of the most popular countries for African island getaways, and Sal is its most visited island. As one of the archipelago’s 10 most beautiful islands Sal, literally meaning salt in Portuguese, has become more popular than the rest for its easy accessibility and beautiful sandy beaches. Santa Maria, with its beautiful pastel colored houses, is the main town of this stunning island, and is where visitors can find a range of bars, restaurants, live music shows and nightlife. 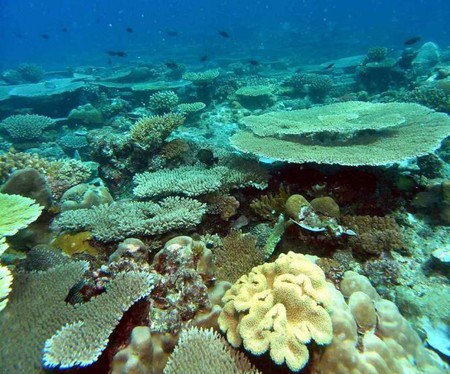 Sometimes referred to as Mwali, Mohéli is the smallest island of Comoros; a small but beautiful nation made up of three stunning islands. It is still undeveloped, with few inhabitants and not much in terms of modern facilities but it is exactly that wildness that makes the beauty of the island. Comoros’ only national park, the beautiful Mohéli Marine Park, is also there to the delight of snorkelers who are able to admire stunning, colorful coral reefs. Sea turtles, whales, and dolphins also inhabit the park, and they are all protected. 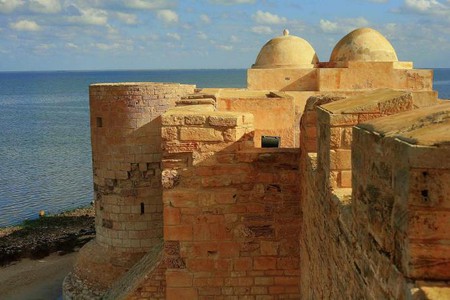 Right off the coast of Southern Tunisia, Djerba is the most important North African island in size. Very popular among tourists, this island offers beautiful sandy beaches, a range of water sport activities, and good dining options. However, a short distance away from the animated beach resorts, visitors can also find a silent and more peaceful countryside. Djerba’s residents have also kept their culture and traditions and it is one of the only places in the country where people still speak the Berber language. 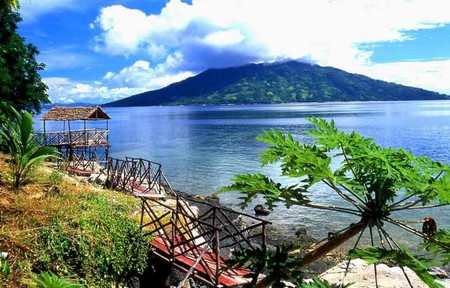 Nosy Be is one of Madagascar’s premier tourist destinations. Indeed, this small island attracts thousands of visitors from around the world, and that, all year long. Even though the island does not offer the most photogenic beaches when compared to others in the Indian Ocean, it is very appreciated among visitors for its tranquility, crystal clear turquoise waters, and mouth-watering restaurants which serve seafood on the sand. 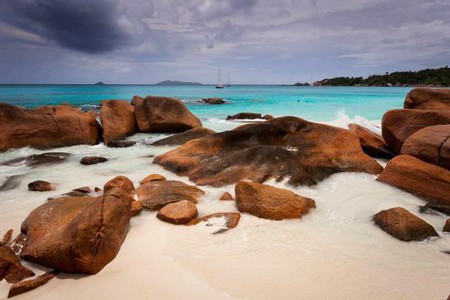 With about 6500 inhabitants, the beautiful island of Praslin is the second largest in the Seychelles. Back in the day, the island served as the perfect hideaway spot for Arab merchants and pirates. Today, it has become a popular destination for tourists from across the globe who come and stay in the beautiful hotels and resorts. Some of the world’s most beautiful beaches are also there, including the stunning white sand Anse Lazio beach, and Anse Georgette. Visitors can also engage in bird watching in the island’s beautiful tropical forests, and visit the Vallée de Mai Nature Preserve where vanilla orchids can be found. 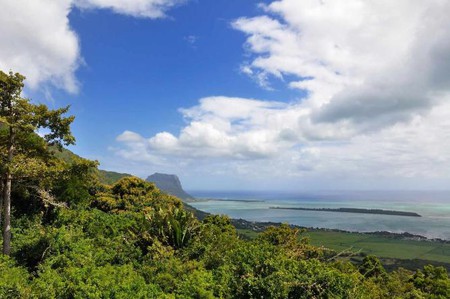 Mauritius, a multicultural island located in the Indian Ocean, is a small and stunning island that remained inhabited until the Dutch’s arrival in 1598. In 1715, five years after the Dutch had left, the French arrived, followed by the British who remained until Mauritius gained its independence. The country is famous worldwide for having been the only natural habitat we know of so far of the now extinct dodo. As this beautiful, and intriguing bird was heavy and unable to fly, it was an easy prey for European settlers. 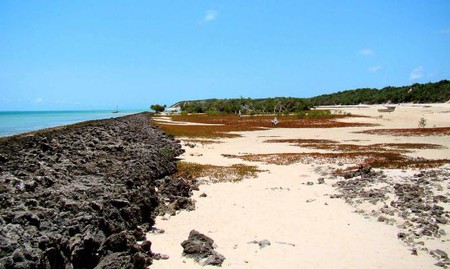 Off the coast of Southern Mozambique, the Bazaruto Archipelago is paradise for divers. Most of it is a protected national park, and divers can still marvel at pristine coral reefs. The underwater world is also home to many species of colorful fish, whale sharks, dolphins, manta rays, mackerels, and more. If divers are lucky enough, they might even spot the elusive, and intriguing dugong. Bazaruto is also the ideal place to relax and feast on prawn platters. 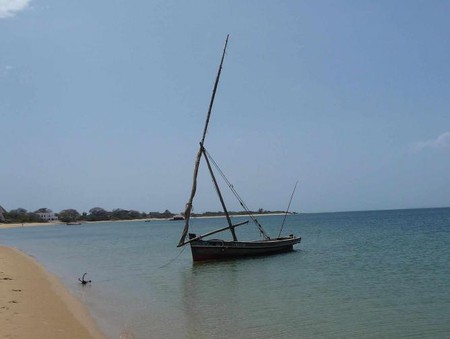 Culture vultures will be amazed at the wonderful things Lamu Island’s old town has to offer. It is considered to be one of the best preserved and oldest Swahili settlements in the region. Visitors feel transported back to the 8th century as they stroll down the winding alleys, hear the Muslim call to prayer, pass by impressive merchant houses, donkey carts and a beautiful old port. This beautiful UNESCO Heritage Site is home to Shela in the North and Lamu’s old town in the south. The former is a peaceful seaside village. To travel between both, visitors can take a boat ride or walk (approximately 45 minutes).

Chief’s Island is one of the biggest Okavango Delta islands. It is the perfect spot for safari lovers as its fertile plains offer impressive game viewing occasions. Visitors can view the beautiful zebra, elephant herds, wildebeest, impala, and red lechwe which congregate on the island. They will also have the chance to come across hippos and crocodiles in the waters of the delta. As Chief’s Island is higher than other islands of the delta it does not flood. Instead, when the waters rise, it becomes a wildlife haven.

When it comes to romance, nothing beats Mumbo Island. This small island of only one kilometer in diameter remains unpopulated. Every night, a maximum of 14 guests can be accommodated at the Mumbo Island Camp in private tents. To reach it, visitors have to cross a wooden bridge from Mumbo’s central beach. It is the ideal place to unwind by spending days swimming in the crystal clear waters of Lake Malawi, snorkeling, diving, kayaking around hidden coves, and even lying down in comfortable hammocks.