10 Things You Need to Know About Kenya's Iconic Elephants

Elephants are majestic and intelligent animals. There are two types of elephants: Asian and African elephants. Some of the Asian elephants are located in India, Thailand, and Sri Lanka. African elephants are the largest land mammals. In Kenya, the elephant species is the African Elephant, which includes the forest and savannah elephant, known as tembo or ndovu by Kenyan locals. Here are some interesting facts about elephants that you need to know.

The Largest and Oldest Elephant, “Giant Tusker,” Was Killed By Poachers

The gut-wrenching news of Satao’s death shook the globe because there are less than 30 African big Tuskers left. With global warming on the rise, these big elephants are becoming extinct because they cannot find water and they are also in danger because of the imminent threat of poachers. Although conservationists and authorities are doing everything they can, the death of Satao in 2014 and Satao II in March 2017 proves that there are still many poachers on the loose. Although Satao died from a poisoned arrow as BBC reported, his tusks were still attached and he was saved before poachers could try to make away with them. This came after Kenya burned the biggest stockpile of ivory in May 2016 as a bid to discourage poachers.

Elephants eat plants, fruits, and seeds. They then travel for long distances and excrete in different places. Their dung contains different seeds which germinate when it rains. Elephants help different species of plants to grow from one place to another and they aid in seed dispersal. This practice ensures that Kenyan forests have many plant species. Plant species also attract different types of insects, birds, and animals, which creates a diverse ecosystem and ensures continuity of forests. 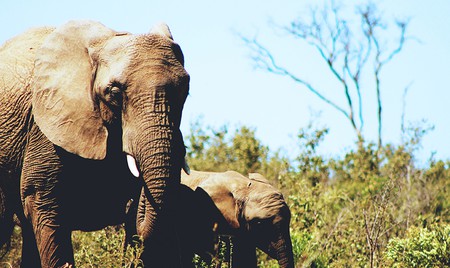 Just Like Humans, African Elephants Grow Small Tusks That Fall Off and Permanent Ones Replace Them

The African elephant has permanent and stronger tusks that grow after the first set of tusks fall off. Both male and female elephants have tusks, which are long teeth-like structures protruding from the mouth. Elephant tusks continue growing throughout the life of the elephant. Elephants use these tusks for digging, fighting, and looking for food.

You Can Adopt an Elephant in Kenya

The David Sheldrick Wildlife Trust takes care of orphaned elephants due to poaching. A calf will suckle for two years and without its mother, it needs protection. Daphne Sheldrick has been perfecting the milk formula and skills needed to take care of the calves. They have managed to save over 150 calves. 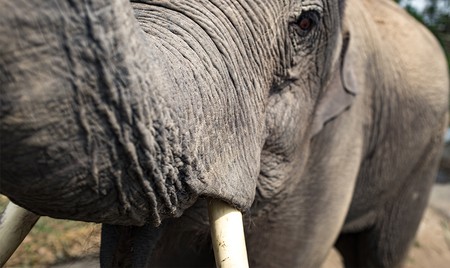 The African Elephant Portrays its Feelings With its Ears

When African elephants are happy, angry, or aggravated, they flap their ears. Elephants have very large fleshy ears that also help to keep the cool. Because of the large surface area, they can get rid of excess body heat from the savannah sun. An elephant has an impressive ability to hear other elephants even if they are a couple of kilometers away.

Elephants often organize themselves into different herds. The family herd is led by an older female and consists of mothers, calves, and teenage female elephants. The male elephants form other bachelor groups and leave at will to search for mates. 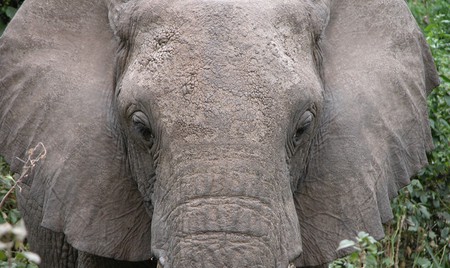 Elephants rarely forget their path and they can detect water sources. They often point their trunks in their air and this helps them smell water particles, and they dig holes in the ground to reveal new springs. This helps the other smaller animals get water. They drink about 18 to 50 gallons every day, but they also like to play in the water and mud.

Elephants Have Sensitive Skin Despite its Toughness

As tough as elephant skin looks, it is very sensitive. Some pests attack it and they have to keep rolling in the mud and soil to prevent the pests from breaking skin. 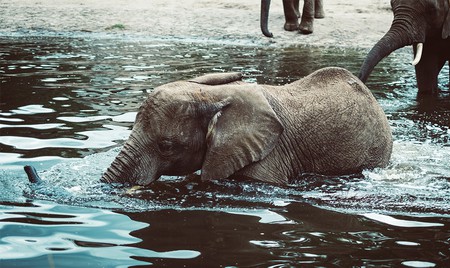 Tuskers are large male elephants. Kenya Breweries (now EABL) was the first brewing company and the founder of the company, George Hurst, created a lager in 1929. He loved hunting and during one of his expeditions in the jungle, he was trampled to death by an elephant. His brother named the beer Tusker, and it has grown to be one of the most consumed beers in the country.

When elephants meet a long lost friend, they dance, flap their ears, and make noise. When one of them falls sick, the rest of the herd brings food. When a member of the head dies, they dig graves and cover the carcass with twigs and branches.