The Best And Wackiest Foods To Try In Venezuela

The diversity of flavors in Venezuela is a direct reflection of the country itself – the Afro-Caribbean north, the mountainous, Andean west, the caballeros of the central plains and the Amazon in the south. We check out the greatest and strangest dishes to try. 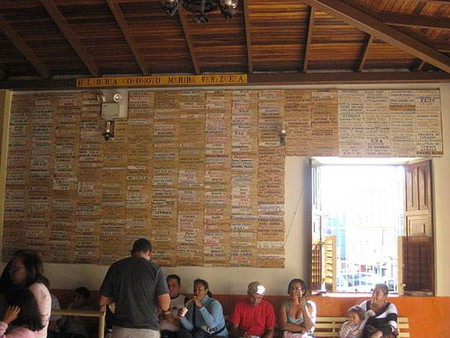 The western Venezuela city of Merida is the country’s adventure capital. Tucked into a northern range of the Andes Mountains, it’s a haven for climbers, hikers and students from the country’s largest university. The drink that keeps them going requires a pension for exploration and a young recklessness given it’s 26, stomach-curdling ingredients. At Merida’s Mercado Principal, a woman named Maria Luisa Rangel whips up the energy and aphrodisiac smoothie called Levantón Andino. She uses ingredients like red wine, milk powder, rum, quail eggs in-shell, an ox’s eyeball and fish eggs. Each ingredient came from a member of her family and Maria claims every component has a special power, be it improving vision (the eyeball) or increasing fertility (the fish eggs). 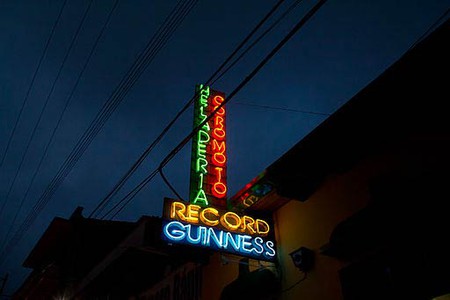 Choose a Scoop at Heladería Coromoto

Further pushing the limits of taste on Merida’s gastronomic scene is the Guinness-World-Record holding ice cream shop Coromoto. This place has more flavors than any other ice cream shop in the world. It took the title after offering more than 860 varieties, from spaghetti to cheese to salmon-flavored scoops.

Pabellon Criollo is Venezuela’s national dish, a plate of shredded beef, beans, rice and plantains. But along Venezuela’s Caribbean coast and during the Catholic fast of Lent, the dish takes on strange and exotic new ingredients. On the island of Margarita, in the Venezuelan Caribbean, the beef is interchangeable with cazon, a two-meter-long school shark. This shark is also popular on the island as a filling in fried corn dumplings called empanadas.

During lent, you can also find the beef in your Pabellon swapped for capybara, also known in Venezuela as chigüire, the largest rodent in the world. The animal is about the size of a warthog and looks like a guinea pig. Many Catholics are forbidden from eating meat over lent, and with the exception of fish, insist capybara is a fair substitute as the flavor is more akin to salted fish. In light of this, in the 18th century, local clergy from the central Venezuelan city of San Fernando de Apure even petitioned the Vatican to dub the mammal a fish. It is a popular Easter dish in many parts of Venezuela as well. 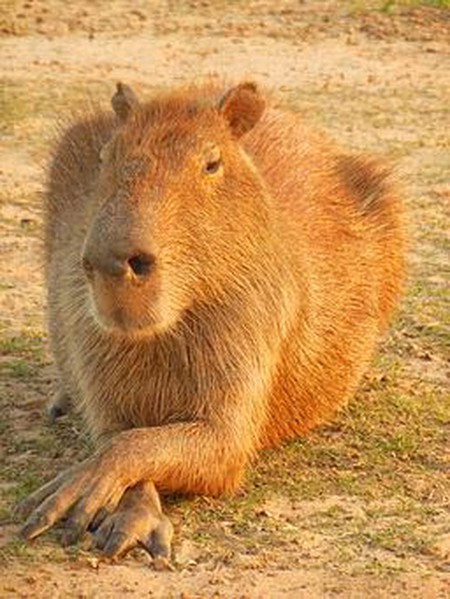 In what is, perhaps, one of the spiciest sauces to come out of an ant’s rear end, Catara hot sauce made in the Venezuelan Amazon is famous for packing a hot punch. Made from chili pepper, yucca, tamarind and the poison that comes out of the tail of the bachaco (leafcutter) ant, the sauce is also considered an aphrodisiac. This adds real credence to the adage that there’s no pain, no gain.

See and Taste the Goliath Birdeater

Perhaps Catara is best served atop the world’s largest spider, also found in the Venezuelan Amazon. It’s called the goliath birdeater, a tarantula that can reach the size of a dinner plate and which tackles its pray with venomous fangs. Native Piaroa peoples in Venezuela’s Amazonas State hunt and roast the spiders over fire until the critters make popping noises from the air escaping their joints. When finished, the tarantulas are seasoned and have the flavor of crabmeat.