Jaime Gili: Utopia Has Its Own Edge

Influenced by Venezuela’s heritage of abstract painting, Jaime Gili creates from a sharply South American perspective, adapting this modern visual language to a contemporary context. Gili maintains the Utopian vision for art held by his predecessors, producing paintings that are part study, part tribute and part belief in the social possibility of art as Federico Rosa discovers. 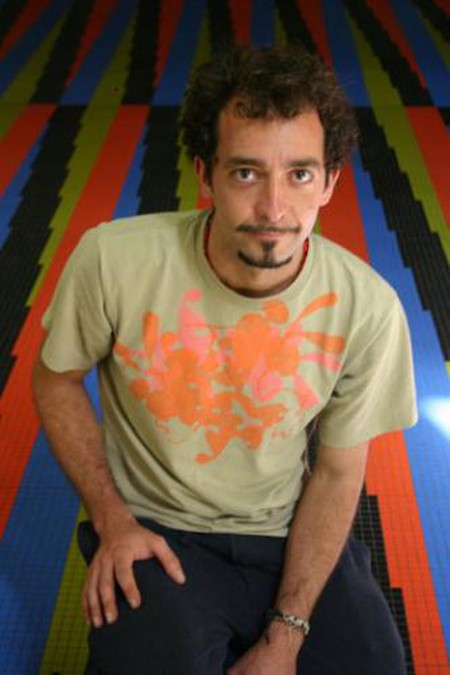 Born in Venezuela in 1972, London-based artist Jaime Gili combines the sobriety of geometric abstraction with exciting, dynamic forms, marking the surface of his canvases with razor-sharp shards of explosive color. His paintings hearken to Venezuelan modernist trends that occurred at a time when the country was undergoing an unprecedented oil-boom that bolstered its economy in miraculous ways. These artists often tended towards abstraction, likely following in the tradition begun in the 20th century, which established abstraction as the most sophisticated language to which the arts could aspire, often synonymous with progress and enlightenment. In this sense, Gili paints what has traditionally been regarded as a language of progress and reconfigures it for an era where those goals and ideals have ultimately failed to achieve what they promised. This reflects the particular case of Venezuela, where in spite of large oil reserves, political turmoil and distressing social inequality have prevented it from developing into a fully industrialised, modern society; goals that at the inception of modernism seemed like a dream within arm’s reach.

Upon completion of an array of studies that include a Master of Arts at the Royal College of Art in London, and a PhD at the Escuela Nacional de Bellas Artes in Barcelona, Gili settled in the busy, cosmopolitan capital of England. Here his work has garnered comparison to the various modernist currents of early 20th century abstraction, such as the Vorticists, the Futurists, the Russian Constructivists, and Optical Art. These idealist movements all similarly aimed to display the dynamism of modern life through form and color, upholding the inherently naïve belief that the Industrial Age experienced by Europe and North America was the beginning of a new Golden Era in the history of mankind. Modernists rejected figuration, and especially the faithful depiction of landscapes and nudes. This was replaced by the employment of geometric forms, which were deemed more appropriate for their basis on scientific certainties. However instead of ushering in a new age of enlightenment, the Modernist paradigm deteriorated into two world wars characterized by mechanized genocide, global colonialism, and the emergence of totalitarian states. 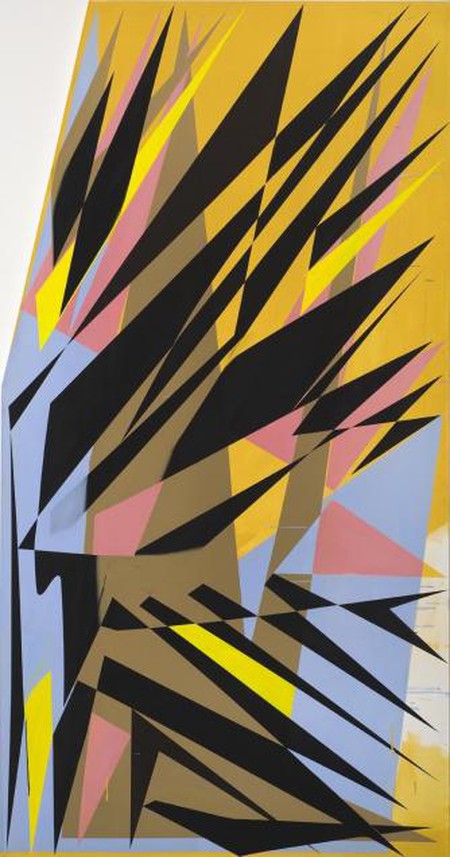 Gili plays on these contradictions with regards to the Modernist ideal. Repetition, pattern and mechanization in Gili’s work function as a meditation on the dilemma of artistic ‘style’ as a fundamental determinant of the value of an artwork, and the basic assumption that it may bring about positive social change. The decision to embrace a style as self-referential commentary is a fundamentally postmodern aspect of his work, and gives his paintings a sense of irony and detachment. Gili nonetheless embraces this style as part investigation, part homage, and part belief in the possibilities that remain within art as a social institution.

In his painting Trikalinou (2006), it becomes evident that modernist abstraction, quintessentially a 20th century phenomenon, is the main source of Gili’s discourse. Here the artist’s patterns rely on visual sensations and perceptions of space. Abstraction for Gili is also a signifier of national identity, as he openly references Venezuelan art icons such as Carlos Cruz Diez and Alejandro Otero, both abstract painters. Trikalinou consists of straight edges and geometric shapes and eliminates traces of the artist’s brushwork. Convoluted patterns seem to repel and attract at the same time. Gili’s visual acuity is evident, as he is able to render an obfuscating overload of shapes into an engaging design.

Temporality is also an important aspect of Gili’s paintings. The artist often places his paintings against each other as supports or props them against the wall instead of hanging them, apparently conscious of the fact that these are not permanent objects within the architecture. The fact that drips and other ‘imperfections’ are sometimes evident in Gili’s work, suggests a conscious recognition of his works as objects, subject to universal laws. This is exemplified in his exhibition Las Tres Calaveras, which included a monumental triptych of the same name placed as if left there by gravitational chance. 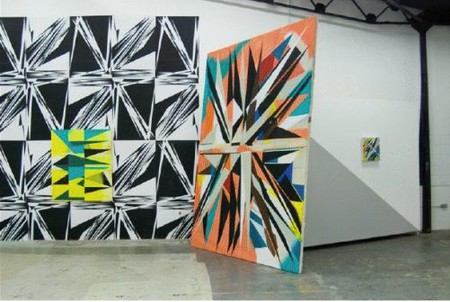 Through these explorations, Gili quickly saw the need to expand outside the boundaries of his canvases and to activate the space around as much as within his paintings. This brought another dimension to his work as he began to engage in a more intimate relationship with architecture. In 2009, Gili was commissioned to design a composition that would be painted onto the structure of the Bloomberg SPACE in London. The result is a thorough, pictorial frenzy of color and sharp edges that appear to explode and collapse into one another.

In 2009 Gili won a competition in South Portland to design what may be the largest painting on earth. For the project his designs will be painted onto several large oil tanks that cover an area so vast (over 25,000 square meters) that they can be seen prominently by air and satellite. Since his paintings will become part of a large industrial landmark holding such a globally controversial fuel, perhaps Gili aspires to return abstraction to its place in a complex world, and in a sense, redeem it by adhering to positive projects for the protection of our environment.

Gili is well recognized for his homage to Venezuelan abstraction of the 1950’s and 60’s, and to the ramifications of art as a social undertaking. In addition, his involvement in large, commissioned art projects has made him one of South America’s pre-eminent abstract artists. Charged with utopian ideals, Gili keeps this style as fresh and vibrant as it had been at its inception, by simplifying its language to color, repetition, and geometric forms. 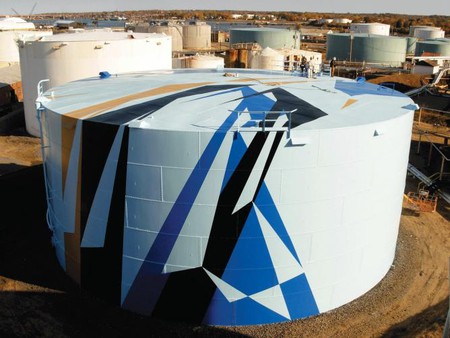