Montevideo Carnival: What to Know About the World’s Longest Party 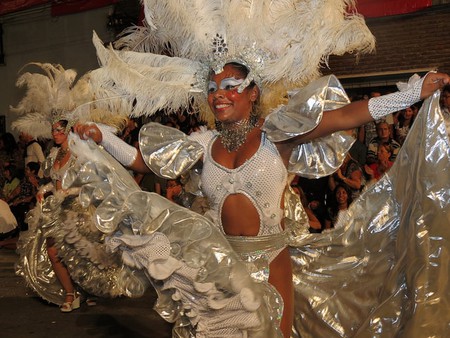 Though lesser known, Carnival in Uruguay is actually longer than the world famous one in Brazil and arguably more fun for all the same reasons and more. Almost every country in Latin America has their own Carnival, but it is rarely considered more culturally important than in Uruguay, where neighborhoods all over the country band together to celebrate one of the most significant events of their collective history. Here’s everything you need to know about the world’s longest Carnival.

Its origin dates back to ancient Europe

There are some similarities between Carnival and other harvest festivals around the world, and some attribute Carnival’s origins to the cultural tradition of celebrating and paying homage to the rising of Saturn back in ancient Greece. Others relate it to a festival that celebrates Bacchus, the Roman god of wine and revelry, which rang in the New Year for ancient Rome. Here we get a possible origin to its name as the priests leading the procession would frequently be pushing a boat on wheels, like a float, which they called ‘carrus navalis,’ or ‘car navalis‘ for short. 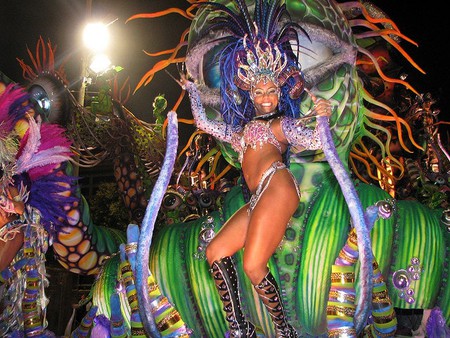 What is it celebrated?

Carnival evolved slowly over the years and became a celebration of many beliefs and traditions from the various cultures of those who immigrated to the country. Carnival celebrates the abolition of slavery in Uruguay and at the same time is heavily related to global harvest celebrations as well as social, individual, and collective freedom. It is also somewhat entangled with Christian celebrations such as Christmas and Holy Week.

Nearly four months before the main festivities and parades, the Uruguayan Carnival is already beginning to make its voice heard after its silent hibernation. It starts with a week of spectacles and performances, some of which feature renowned musicians. What makes this week-long series of shows even more unique are the classic satirists and comedy stage shows that parody the way of the world and all of us in it.

To be recognized as the longest Carnival in the world is a feat worthy of acclaim. You’d expect it to quiet down after a while, or for some people to get quite annoyed by the whole affair, wanting nothing more than to be done with it and return the streets to their regular peace and quiet. But in reality, by some recent estimates, roughly 90 percent of the entire country participates to some extent, which is frankly astonishing when you consider the elderly and infants. 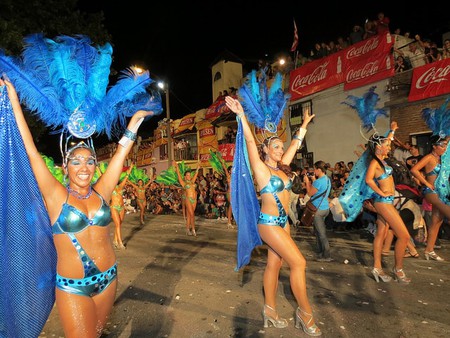 It has some wacky traditions

In addition to the classic shows and spectacles, Carnival has some quirky traditions. During this time of celebration people throw water, food, pieces of paper (called papelitos), and even perfume at one another. Everyone participates, especially young children. There are also floats, balloons, masks, and streamers of every color waving in the wind.

Candombe and its history

Candombe originates from the culture of slaves during the colonial period, before Uruguay was even a country. Around the time known today as Carnival, slaves would march around the city walls with chains on their feet, banging drums to the rhythms of their homeland. It was the only time of the year that they were allowed to express their culture, so once slavery was abolished this tradition became incredibly popular. Candombe is a street performance featuring bands of drummers and dancers that practice all year round with ever-increasing fervor. At the back of the troupe is the group of drummers called cuerda de tambores, who walk in a square formation playing different rhythms. 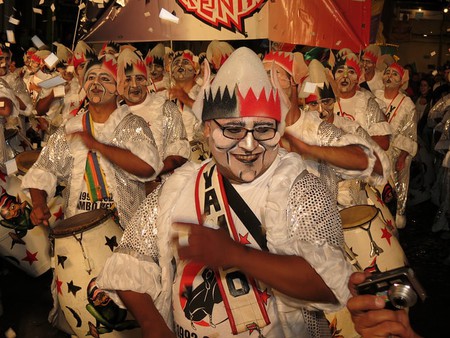 Within the cuerda de tambores, there are classifications regarding drum size which reflect the four records of human voice. The smallest is chico, which has the shortest diameter, the thinnest skin, and mimics the soprano. Next up is repique, which reflects the contralto. The second largest is piano, standing for the baritone/tenor. Finally, the deepest but no longer used is bombo, which corresponds to the bass.

Preceding the cuerda de tambores are performers in the roles of special characters that date back to Candombe’s beginnings. Among them, the most prominent are “The Old Woman” and “The Old Man,” who dance together with a fan and cane, and a baton-spinning “Chimney Sweep Boy.” This procession is announced in unparalleled flair by dancers and flag bearers in colorful costumes, that stop traffic as they pass. Nowadays Candombe is a highly competitive event, especially between the emblematic neighborhoods of Barrio Sur and Palermo. 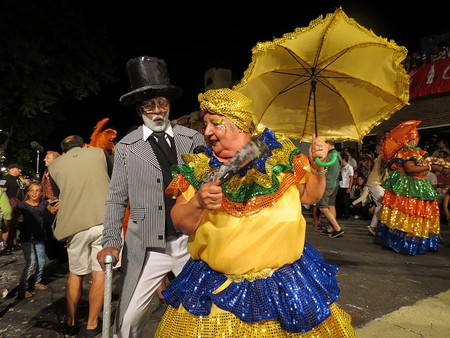 Murga is a romantic music genre that actually dates back to feudal times, but has evolved tremendously over the years. It’s a unique form of choir singing, involving 14 to 17 people dressed in costume. Originally, lyrics narrated the course of the previous year or involved popular themes like love stories. However, during the Uruguayan dictatorship, some Murga groups were particularly popular in forming a notable opposition force through satirical lyrics. This tradition became iconic and is continued today, with several shows that you cannot miss over the course of Carnival. 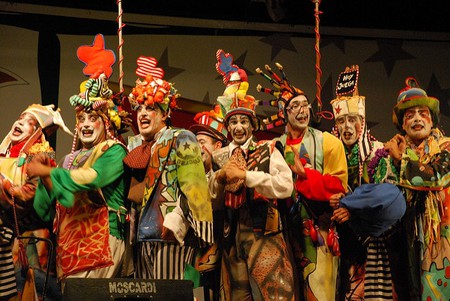 Carnival wouldn’t be Carnival without some satire, as the entire celebration is a homage to ‘not taking yourself too seriously.’ Because of this, some of the most popular performances involve parodistas. These short comedies, which originally lasted less than five minutes, have evolved to hour-long parodies of plays, books, and films. Different theatre groups organize and compete with each show they put on and for years the two fiercest rival groups have been the ‘Negros Melódicos‘ and ‘Figaros Armónicos.‘ 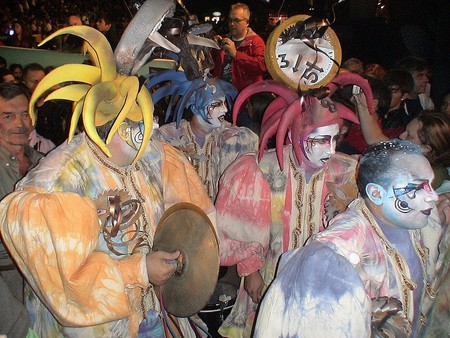