The Best Art and Cultural Hotels in Montevideo, Uruguay 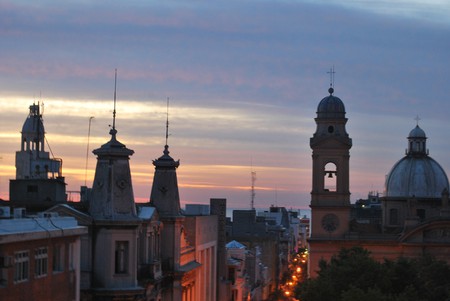 Stay beside the Uruguayan capital’s Río de la Plata to soak up the riverside identity of this South American city, or rest up alongside La Rambla – the longest sidewalk in the world.

While many travelers are drawn to the bright lights of nearby Buenos Aires, on the west bank of the River Plate, Montevideo holds just as many cultural trump cards, albeit slightly closer to its chest. The city and many of its hotels – particularly in the Ciudad Vieja (Old Town) – boast notable architecture, nearby historical squares and numerous art galleries, museums and markets on the doorstep. 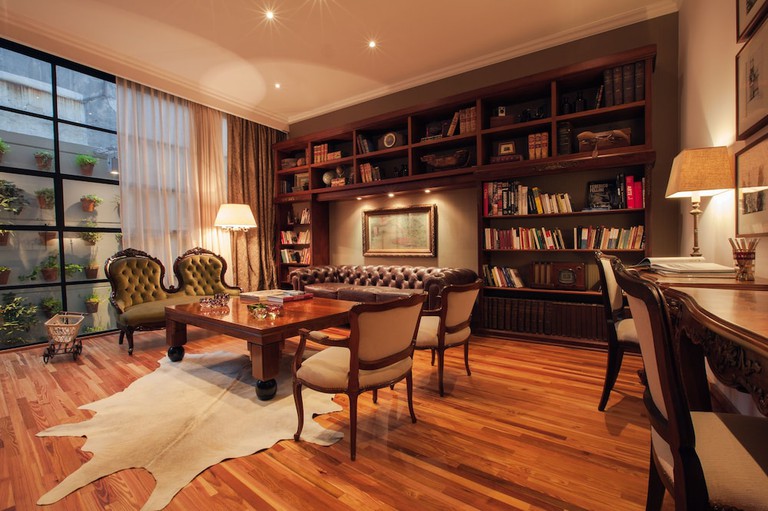 Courtesy of Alma Historica Boutique Hotel / Expedia
View Rooms
This gem of a hotel, found two blocks from the Old Town’s centerpiece Plaza Zabala, is a history lesson in Uruguayan characters. Rooms are inspired by local heroines and heroes: for example, Don Pedro, who played in the Uruguayan football team that won the first World Cup in 1930; or feminist Doña Trinidad, the country’s first theatre actress. A nice touch is the library, whose design harks back to bygone days in Montevideo mansions.
More info 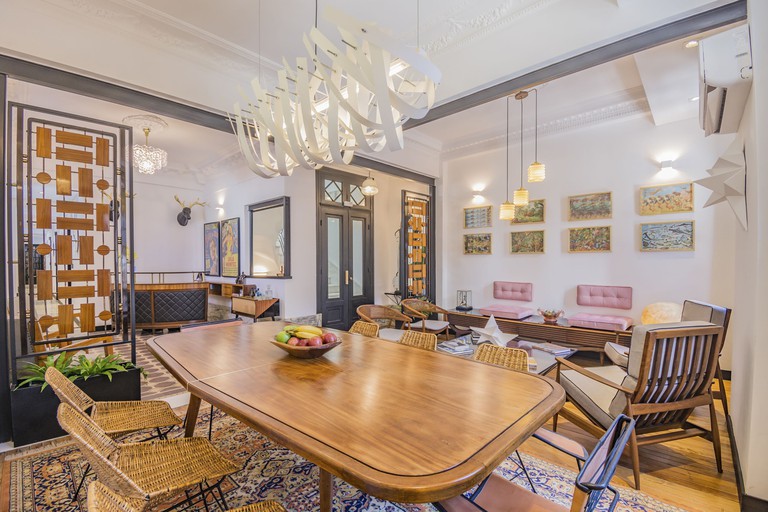 Courtesy of Fauna Montevideo / Expedia
View Rooms
Tucked away on the first floor of a beautifully restored century-old building, Fauna is an unexpected piece of architectural heritage found in the Ciudad Vieja. Just a couple of blocks from La Rambla and the Mercado del Puerto, its owners hand selected mid-century furnishings and restored Art Déco artefacts, dipping into their own collections to furnish this eclectic five-room property. Original features include ceramic floor tiles, Carrara marble stairways and stained-glass windows.
More info 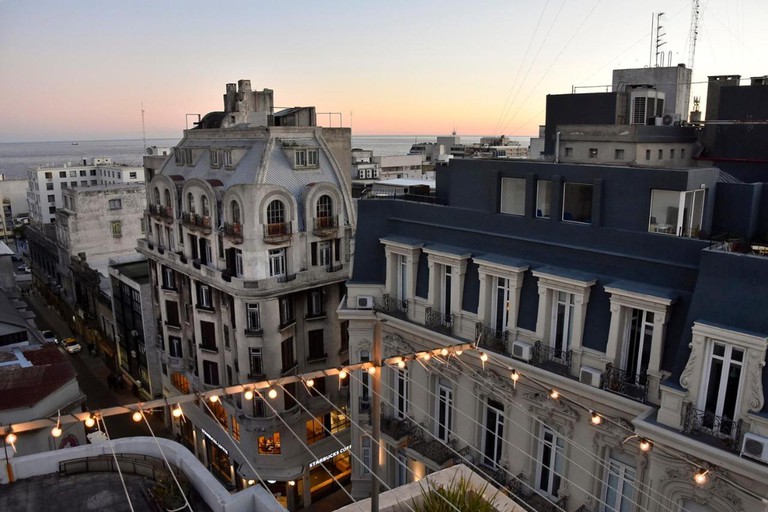 Courtesy of Hotel Palacio / Booking.com
View Rooms
Go back in time to the Art Nouveau era with a stay at the Ciudad Vieja’s Hotel Palacio, constructed by that epoch’s star architect, Leopoldo Tosi. The property is a solid example of the period – the wrought-iron lift, pure Art Nouveau. After undergoing extensive refurbishment in the 1980s, many original features were rescued, such as ceramic floor tiles, bronze fittings and wooden floorboards.
More info 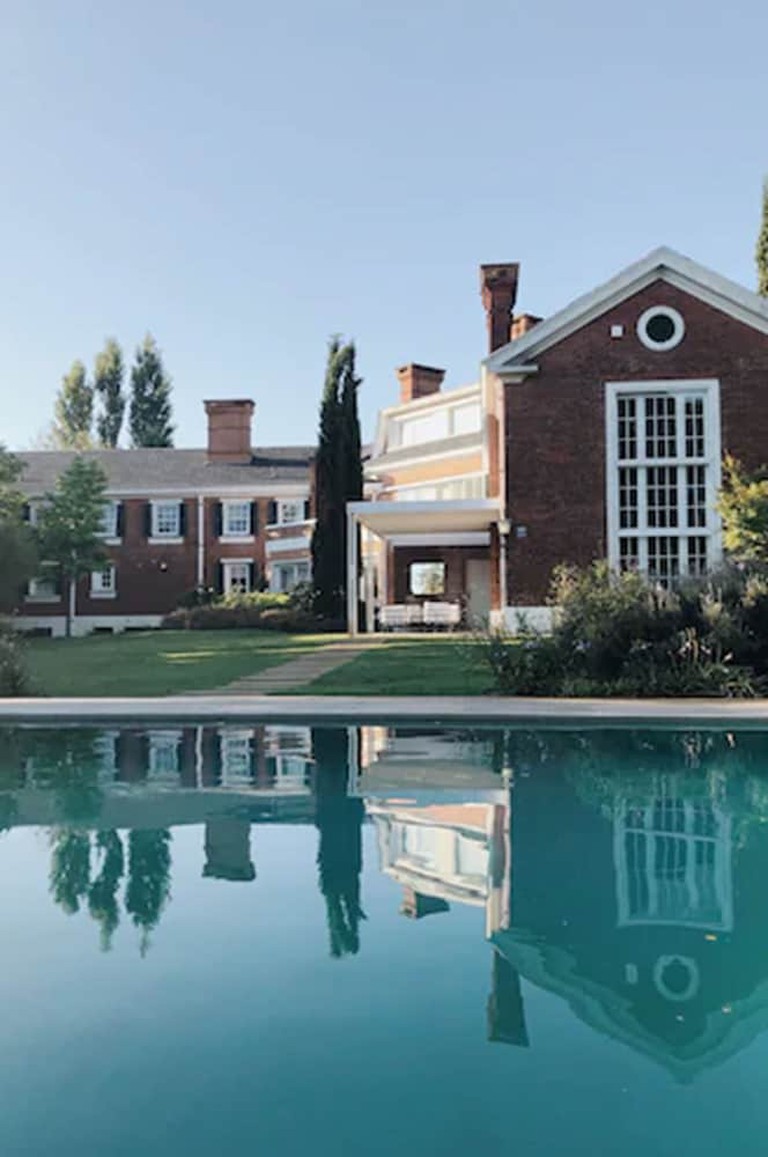 Courtesy of Le Bibló Hotel Boutique / Expedia
View Rooms
This former presidential mansion, in the upscale neighbourhood of Carrasco, is set just two blocks from the area’s sandy beach. Its diverse and unique history is still evident today: its name nods to the fact there’s an exact replica of the wooden-panelled library of Uruguay’s legislative palace at the hotel. The elegant rooms draw from a neutral palette, many looking out over the immaculate English garden, where there’s also a swimming pool and a restaurant that spills out onto terraces, especially at breakfast.
More info 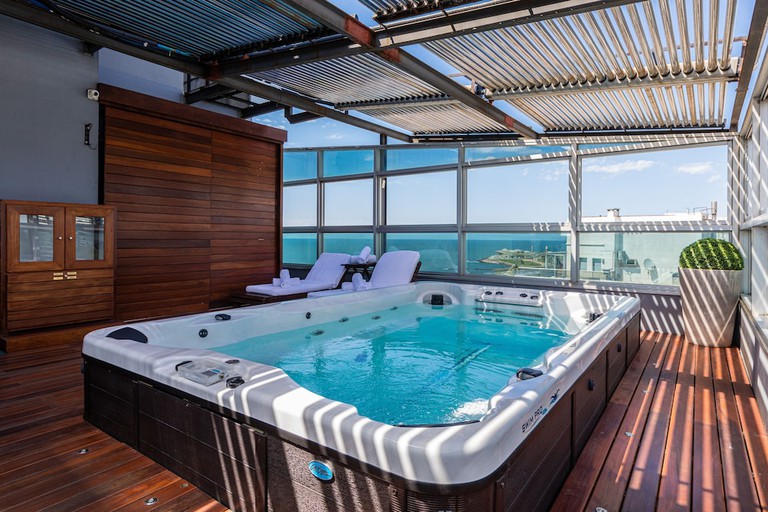 Courtesy of Cala Di Volpe Boutique Hotel / Expedia
View Rooms
In the fancy peninsula neighborhood of Punta Carretas, on the shores of the Río de la Plata, Cala Di Volpe Boutique Hotel puts you in reach of many riverside attractions. It’s located on the Rambla Gandhi: a section of the sprawling La Rambla, the longest continuous sidewalk in the world. A short walk takes you to Punta Brava’s lighthouse, jetty and marina, while golfers will relish a few rounds at the nearby Club de Golf del Uruguay, which (you guessed it) also overlooks the river. Just 10 blocks away, are the golden sands of Playa de los Pocitos beach. Book a corner suite for the best River Plate vistas.
More info 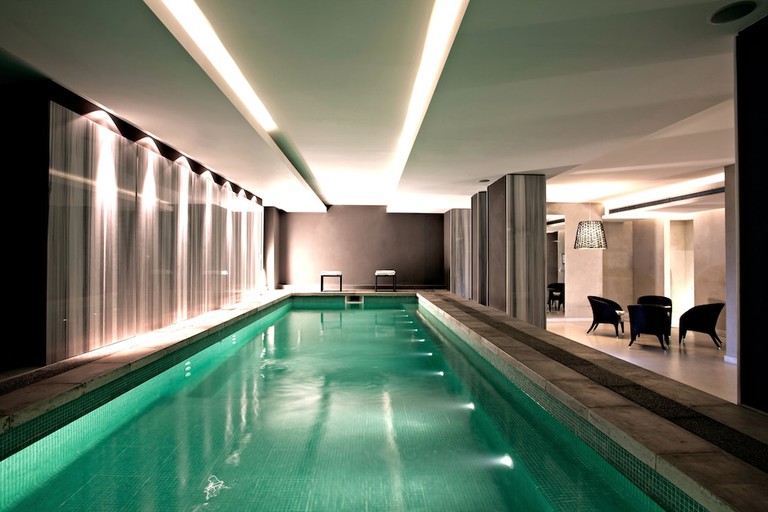 This 1920s architectural beauty is found in Montevideo’s Barrio de Las Artes – an area ripe with cultural offerings, centered around Soriano Street, where you can tick off sights such as the Sala Verdi and Teatro Solís. More left-field lures are also in reach at museums dedicated to gaucho culture in the Palacio Heber Jackson and carnival traditions in the Ciudad Vieja. Feel like staying put? The hotel itself rotates art exhibits showcasing works by local and international artists. 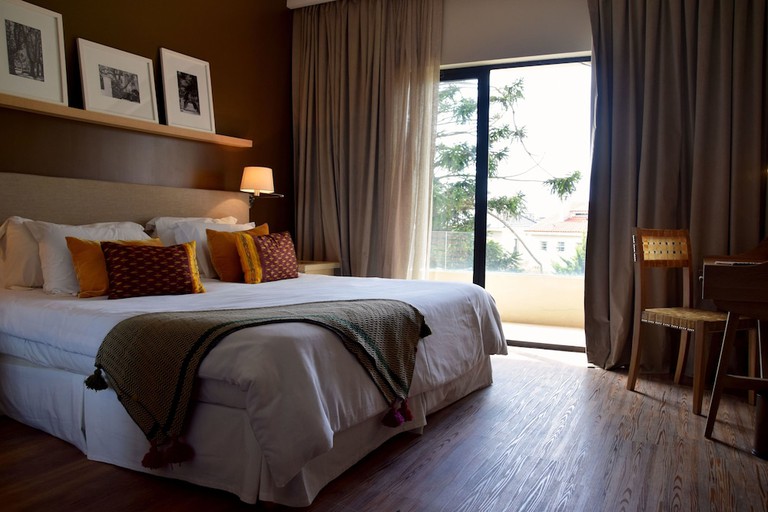 Courtesy of Cottage Hotel / Expedia
View Rooms
Located in the upmarket Montevideo district of Carrasco, 20 minutes’ drive from the city centre, bucolically-named Cottage Hotel is a delightful property set alongside the River Plate that dates back to the 1940s. Its tea house is also a blast from a bygone era, where you can enjoy an afternoon pick-me-up with leaves selected by a local tea sommelier.
More info 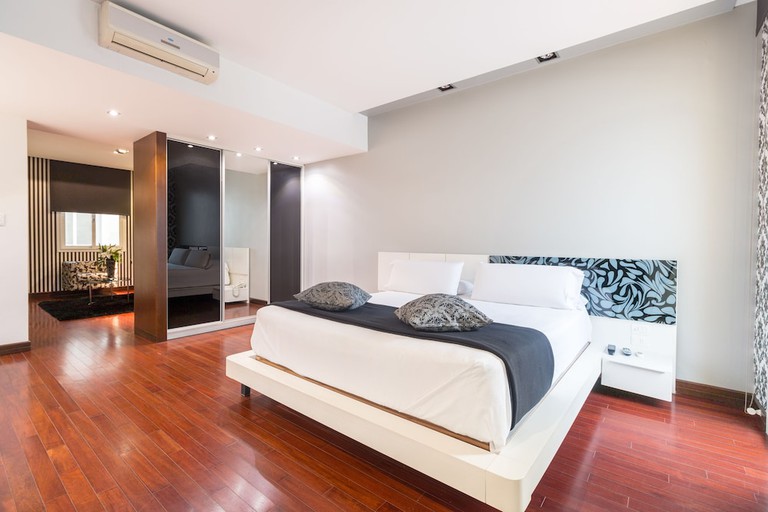 Courtesy of Don Boutique Hotel / Expedia
View Rooms
Tucked within Montevideo’s historic Ciudad Vieja, the 1938-built Don Boutique Hotel takes great pride in its architecture and Art Déco façade. Head to the rooftop bar, cocktail in hand, to take in the city’s unbeatable skyline filled with an array of structural styles. Right opposite the Mercado del Puerto – a former market hall that was crafted in England, then shipped to Uruguay and now hosts a slew of celebrated restaurants, including Don’s legendary sister establishment El Palenque steakhouse.
More info

Courtesy of Axsur Design Hotel / Expedia
View Rooms
With an unbeatable Ciudad Vieja location, Axsur Design Hotel rubs shoulders with some of the most emblematic architectural sights in Montevideo. A stone’s throw from the Mercado del Puerto, it’s also a short walk from other cultural icons such as La Plaza Matriz – the oldest square in town – and of course La Rambla’s palm-lined walkway. Indeed, many of the hotel’s contemporary designed rooms have direct views of the Río de la Plata, the world’s widest estuary, that gives the city its rich riverside identity.
More info

This is an updated rewrite of an article originally by Andrew Kingsford-Smith.