Explore A Unique Cuisine With The Taste Of Suriname

‘Surinamese people might speak Dutch, but they don’t eat Dutch’, writes Diana Dubois in The Taste of Suriname. Rather, this unique cuisine sees influences from four continents, and its historical waves of immigrants. From Amerindian to Lebanese influences, this book is an indispensable guide to food in this small South American country. 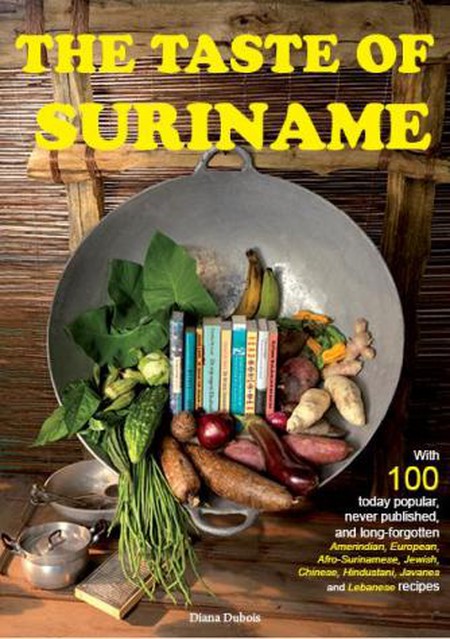 Long before Spanish explorers first ‘discovered’ Suriname in 1499, the Arawak and the Warao people settled in present-day Suriname around 1000 BC. Other Amerindian tribes, the Caribs, Akurio, Trio and Wayana, would also leave a lasting culinary imprint on modern Surinamese cuisine. The richness of the forested land provided abundant ingredients, many of which feature heavily in Surinamese cuisine. In particular, these include cassava, sweet potato, maize, beans, pineapple, peanuts, peppers as well as seafoods and meats native to the area. Amerindian-Surinamese favorites include cassava bread (khali or baka-kesaba), cassava cakes (lolo casaba or casava dukun) as well as spicy fish soup (pepre watra or adjupo).

From the 16th century through 1652, Suriname saw the influx of European explores and traders, from Spain, Great Britain, France and The Netherlands, as well as waves of Jewish settlers who immigrated to Suriname. For 15 years, between 1652 and 1667, Suriname was a British colony; Dutch forces wrested Suriname from the British in 1667, and it remained under Dutch rule until 1954. This era of colonization brought settlers from Europe to the Surinamese coast; during this time, too, slaves from Africa were brought to the country. These immigrants from across Europe and Africa brought a rich amalgamation of flavors and cooking techniques to Suriname. These contributions included home brick ovens and vegetable preservation from the Jewish community and salted meats and fish as well as okra and breadfruit from Europe. Surinamese dishes influenced by European and Jewish settlers include chicken pasty (kippenpastei), ginger bear (gemberbier), rice and chicken oven stew (popido estella) and sponge cake (ingris buru) as well as plantain and bananas. 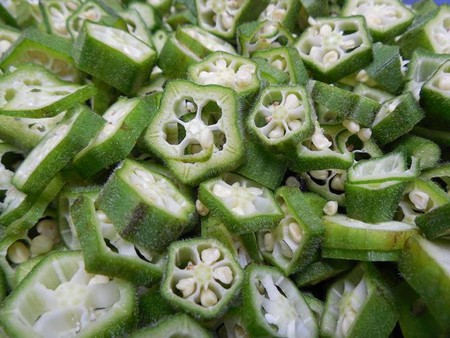 The culinary culture of Suriname has been indelibly shaped by the cuisine of West Africa; West African slaves were first brought from Brazil to Suriname by Portuguese and Jewish traders and settlers. The present-day Afro-Surinamese population is primarily made up of Creoles and Maroons. Peanut butter, rice, cinnamon as well as cornmeal and plantains and other root vegetables native to Suriname are used heavily in Afro-Surinamese cuisine, which reflects the cooking techniques of West Africa. Afro-Surinamese dishes include banana meal porridge with pork, cassava balls with codfish (bakkeljauwballetjes), all-in-one dish with codfish (her’heri) as well as cornmeal cakes and plantain dumplings (tom-tom), both of which are traditional Surinamese dishes that date back to the slavery era that ended with abolition in 1863.

Chinese migrant laborers first came to Suriname around the 1850s just 10 years prior to the formal abolition of slavery. These Chinese workers, many of whom came from southern China, brought their native Hakka and Cantonese cuisine to the Americas. Over time, as these Chinese migrant laborers completed their work contracts, many of them intermarried with Creole women, resulting in a rich blend of Chinese-Creole cuisine, where particular Chinese vegetables and ingredients such as Chinese cabbage, bitter melon and Chinese sausage are combined with local flavours like bojo and pom. Surinamese dishes that reflect the Chinese influence include prawn rolls (kit kist twa hee), roasted pork (char siu), salted eggs (ham than) and Chinese spiced chicken (tja kai). 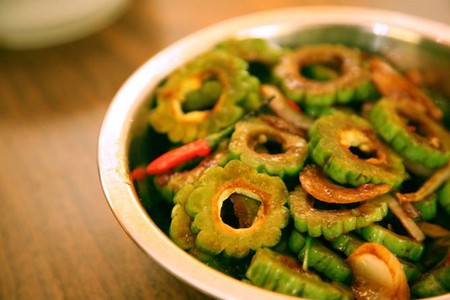 The largest ethnic community in Suriname, many of the country’s Indian population immigrated to Suriname as part of a joint labour agreement with Great Britain whereby laborers came to Suriname on five-year work contracts. Many of these initial immigrants stayed on at the end of their contracts, and this has led to the rich intermingling of Indian and Surinamese cuisines and flavors. As many of the Indian migrants came from the states of Uttar Pradesh, Bihar as well as from British Guiana, Surinam’s Hindustani cuisine reflects the influences of North Indian food, featuring dishes such as roti, spicy mango chutney, chicken masala (kerrie kip), and breadfruit chips (broodvruchtchips).

The Dutch who colonized Suriname also had colonial outposts in the Dutch East Indies; the Dutch colonies brought over Javanese laborers to Suriname from 1890 onward, many of whom remain clustered in and around the capital city of Paramaribo. The third-largest group after the Afro-Surinamese and Hindustani, the Javanese migrants from southeast Asia brought with them distinct casual restaurants, called warungs, as well as ingredients such as lemon grass and trassi, a pungent but delicious fermented shrimp paste. The influence of Javanese cuisine on Surinamese food is evident in dishes such as noodles with chicken (bami met kip), sour-sop syrup, rice cakes, fried bananas (pisang goreng) and fried cassava (teloh). 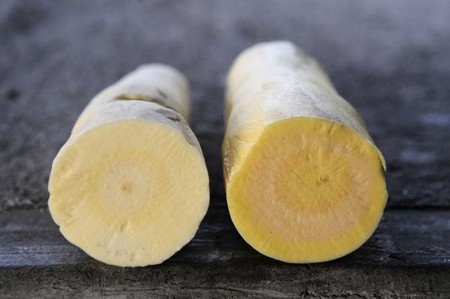 Perhaps the most surprising of the major ethnic cuisines found in Suriname is that of Lebanon, many of whom are Maronites, a small Lebanese subset. These Lebanese immigrants came to Suriname as merchants and traders, setting up a vibrant textile production and trade that continues to this day. Lebanese-influenced Surinamese dishes are tabbouleh, okra stew, stuffed cabbage rolls, fried spicy meatballs and small meat pastries. 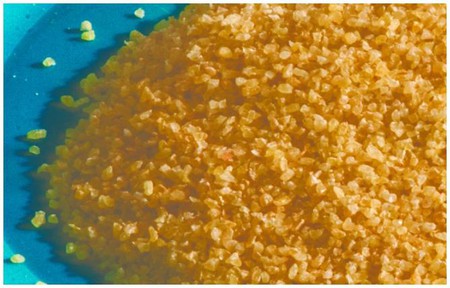 © Uitgeberij Dubois
Give us feedback