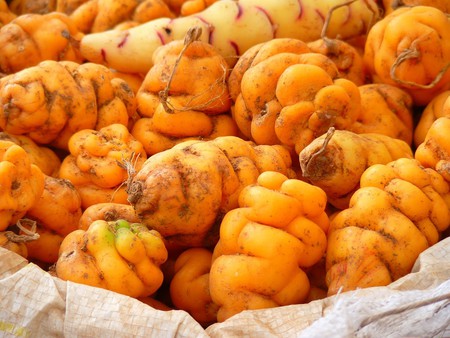 Arequipa is known for its beautiful landscape. It has a stunning historical center, one of the most awe-inspiring canyons in the world, and countless volcanoes to be hiked, such as El Misti, the volcano that looms over the city. What is less well known about the city, though, is its status as a Peruvian food powerhouse. Here is why Arequipa is the true innovator in the world of Peruvian cuisine.

Lima gets all of the attention and accolades. It is recognized as the bastion of Peruvian food and is a must-visit destination for all foodies in South America. While that is all well and good, most Peruvians are actually more familiar with food from Arequipa than food from Lima. Lima may do Peruvian food well, but it isn’t where the classic Peruvian dishes call home; that home is Arequipa, the city that gave birth to many of the Peruvian classics that Lima now tries to claim as its own. 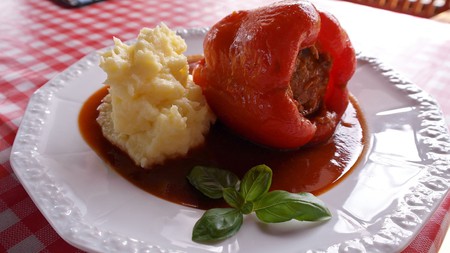 The most iconic food to come out of Arequipa is without a doubt the rocoto relleno. It consists of a spicy pepper stuffed with cheese, vegetables, and meat. The rocoto relleno has made its way to Cusco, where it has its different variations, and to Lima, where you will find a version exactly like Arequipa’s. In no other city, however, is the dish as beloved as it is in Arequipa. In the markets and on the streets you’ll find this delicious stuffed pepper, often served with the Peruvian version of the potato gratin. The dish is as much a part of the city as the white Plaza de Armas. 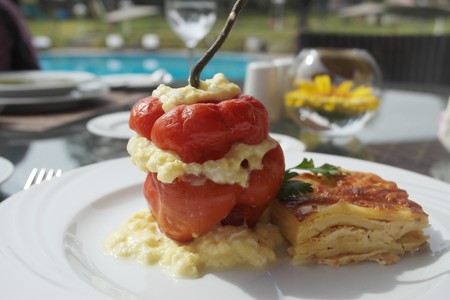 It doesn’t just stop with rocoto relleno; the list goes on. There’s the solterito cheese salad, and the occopa, which is a sauce that is smothered over eggs and potatoes, another dish Lima has taken as its own and which is featured on almost every menú del dia. Another famous dish that calls Arequipa home is the delicious shellfish stew cupe de camarones.

The city of Arequipa is well known for its picanterías, little traditional restaurants that serve up homestyle cooking. They are recognized for their authenticity, taste, and reasonable prices. These spots are not advertised, so you have to seek them out yourself. These restaurants still do things the old way, for example, by cooking their meals over wood fires. You can’t leave the city without going to one and you are guaranteed to leave feeling satisfied. If you need any more convincing, picanterías are officially honored by Peru’s congress as part of the country’s cultural heritage. 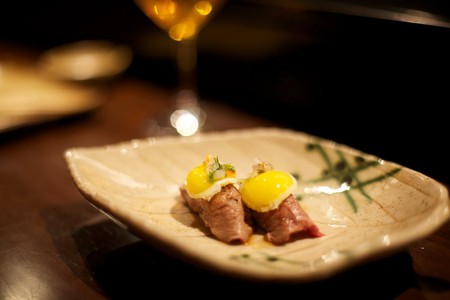 While there is plenty in Arequipa that looks back at the past in terms of traditional food, the city is also a great source of food innovations. Restaurants like Las Gringas, a hip pizza place that serves craft beers, are uniting the past with the present in very interesting ways. Their pizza menu offers a purple corn pizza, applying the country’s use of purple corn to the new arenas of pizza. This is just one example of the new fusions that are taking place in Arequipa and making their way to Lima.

If that’s given you an appetite, take a look at these traditional dishes that are worth traveling to Peru for.