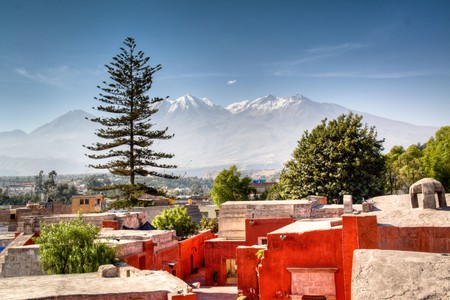 Affectionately known as the Ciudad Blanca (White City), Arequipa is famed for being almost entirely carved out of white volcanic sillar stone. But its beautiful architecture isn’t the only draw. Boasting its own gastronomical and cultural scene, as well as plenty of outdoor adventures amid canyons and volcanoes, Arequipa is bound to be a highlight of your trip through southern Peru.

It’s got its own food scene going on

Arequipa may only be one tenth of the size of Peru’s capital, but that doesn’t stop it from giving Lima a run for its money when it comes to food. While you will find Peruvian classics like lomo saltado (beef stir-fry) and ají de gallina (chicken stew), the White City is most famous for its Picanterías: no-frills, hole-in-the-wall restaurants serving hearty, home-cooked comida arequipeña (Arequipan cuisine). If you do nothing else here, be sure to schedule in a lunch at La Nueva Palomino for your fill of the city’s best rocoto relleno (stuffed peppers), chupe de camaron (shrimp chowder), and Sunday adobo. 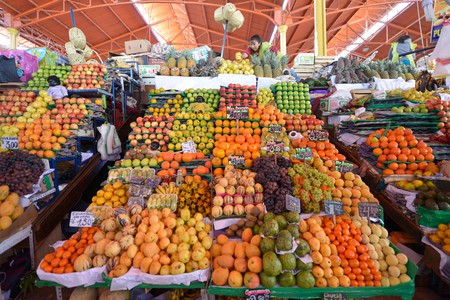 Compared to the very chilly Cusco and Lake Titicaca, Arequipa feels tropical. Situated at a lower elevation and blessed with plenty of days of sunshine, the city stays at a very pleasant 20C to 23C (65F to 75F) year-round. Having said that, in the evenings it does drop to around 9C to 10C (45F to 50F), so you’ll still need a jacket.

Be careful with taxis

For the most part, Arequipa is a very safe city. However, there have been cases where tourists have been scammed or robbed after hailing a taxi from the street, particularly late at night or early morning. If you need a ride, ask your hotel or Airbnb host to send you a number of a trusted taxi company.

At around 6pm, there’s only one place you want to be in Arequipa: a rooftop bar. Many hotels and hostels, as well as bars and restaurants around the main square, have lively rooftops from which to watch the fading sun turn the White City golden. This, along with the pink-and-orange-hued Misti volcano backdrop, makes for one of the most beautiful sunsets in Peru. 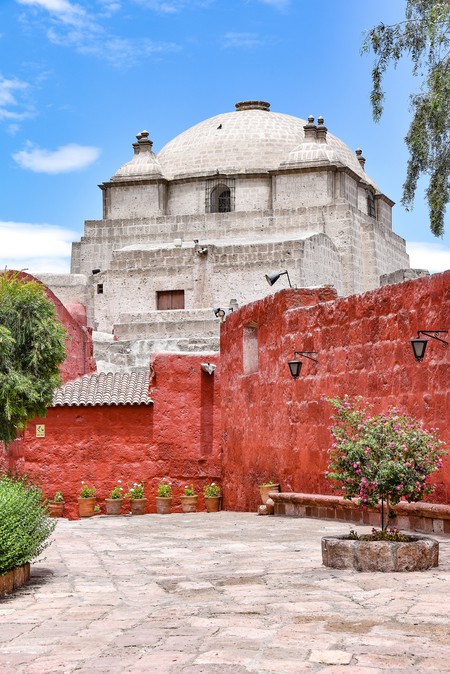 Known as the Inca Ice Maiden, Juanita – a frozen 500-year-old mummy – is considered one of the world’s greatest discoveries. Found in 1995 atop the nearby Mount Ampato, the perfectly-preserved 12-year-old girl (her hair, teeth and skin still intact) is thought to have been a sacrifice to the gods sometime between 1450 and 1480. Today, Juanita, as well as the many artifacts that were found with her body, is on display at Arequipa Andean Sanctuaries Museum. 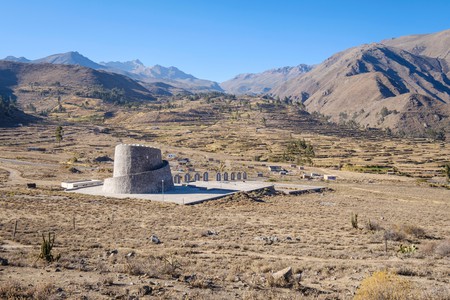 Colca Canyon is perhaps the best-known hiking destination near Arequipa. However, there is an even bigger outdoor adventure awaiting nearby: climbing to the top of El Misti Volcano. With a snow-capped summit of 19,101 feet (5,822 meters), this is no easy feat, but those up for the challenge will be rewarded with some of the best views in the region. If a hike that involves crampons, helmets and harnesses doesn’t sound like your thing, opt for the equally stunning Chachani volcano or Cotahuasi Canyon trek instead. 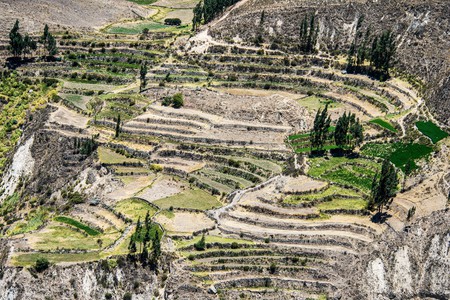 You’ll need longer than you think

With much of the focus on Colca Canyon, many visitors only use Arequipa as an overnight base. However, Colca Canyon aside, Arequipa is worth a visit in its own right. With tons of fantastic restaurants, bars and cafés, as well as several must-see attractions like Santa Catalina Monastery, Juanita and the Basilica Cathedral, you can easily fill several days of fun here.