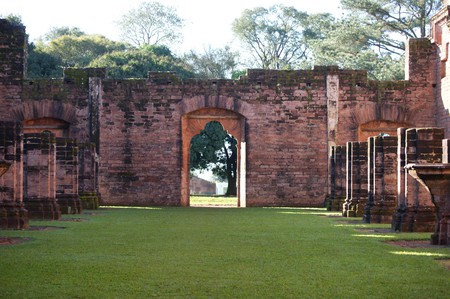 Paraguay doesn’t have too many bucket-list worthy attractions, but there is one destination that—at least for the history buffs among us—simply cannot be missed. We take a look at Paraguay’s Trinidad and Tavarangue ruins to learn about their history and the sites that remain today.

The Jesuits are members of a devout religious congregation known as the Society of Jesus which emerged in Spain back in the early 16th century. About 100 years later, they descended on South America in droves with the sole intention of evangelizing the native population. Due to cultural differences, they didn’t get along with the Spanish conquistadores and consequently chose to live in their own self-contained colonies, known as reductions, for the autonomy they afforded. 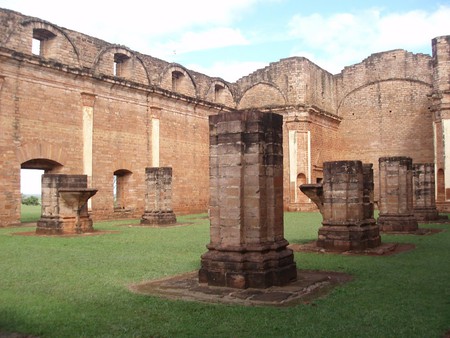 In Paraguay, the Jesuits focused their evangelical pursuits on the native Guaraní people, proclaiming that only the “sword of the word” should be used to convert the natives. On the whole, this diplomatic approach was widely successfully, particularly due to the fact that the Jesuits could offer a far superior standard of living than the Spanish conquistadores. Rather than enslave and brutalize the natives, the Jesuits developed a Guaraní writing system and aided their disciples in adapting to a sedentary rather than nomadic societal structure.

Before long, Jesuit reductions began popping up throughout modern-day Argentina, Paraguay, Bolivia, and Brazil, many of which can still be visited today. Most would agree, however, that Paraguay’s Trinidad de Paraná and Jesús de Tavarangue are the best Jesuit ruins to visit in South America. 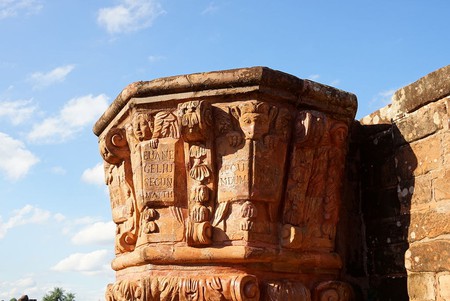 Located on two separate lots some 7.5 miles (12 kilometers) apart and 75 minutes from the popular beach town of Encarnación, they are among the most accessible sites on the continent. Better yet, their relatively recent constructions in the late 17th and early 18th centuries means the sites have fared the test of time pretty well and are some of the best-preserved ruins today.

Travelers are advised to visit both sites as they are included on the same ticket and each is entirely worthwhile. Trinidad is the bigger of the two and is particularly famous for its towering temple which was the most grandiose the Jesuits ever built. Inside, a massive monolithic altar takes center stage.

Among both sites are a series of remarkably well-preserved churches, schools, workshops, and houses. Each site also features a central plaza that was used for ceremonial occasions such as Mass and weddings. Many of the structures contain meticulously conserved carvings and engravings which can still be admired today. 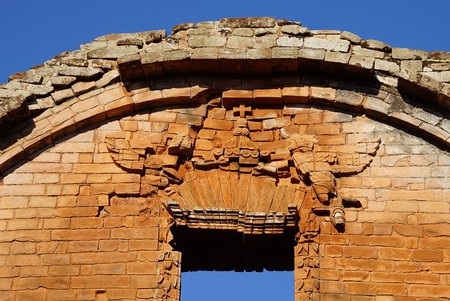 Life in the Jesuit reductions came to an abrupt end when the Spanish King expelled the sect from all Spanish territories in 1767, forcing the buildings to be abandoned and eventually begin to decay. Those who tried to stay were subsequently massacred by marauding indigenous tribes who came to loot whatever gold might remain. To add insult to injury, the raiders decapitated most of the religious statues out of spite.

Although a far cry from their original form, Trinidad and Tavarangue remain relatively intact and are the best-preserved example of the architectural wonders of this fascinating religious sect. In 1993 the two sites received UNESCO recognition, ensuring their preservation for many years to come. 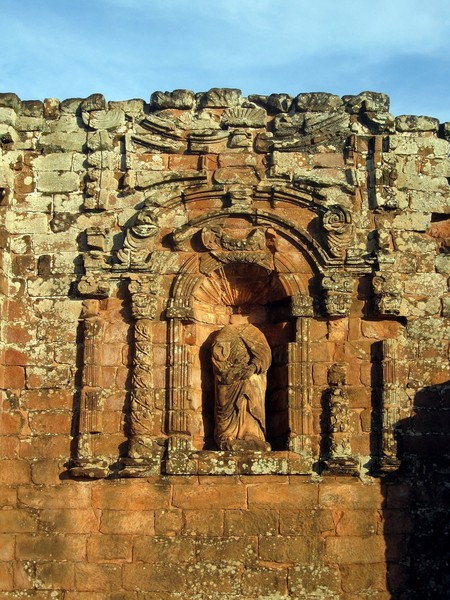