How to Spend 48 Hours in Paraguay 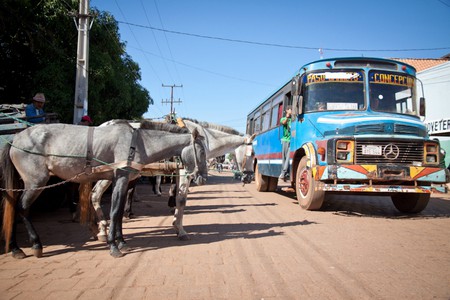 Bordered by Bolivia, Argentina and Brazil, under-explored Paraguay is a jewel at the heart of South America, boasting five national parks and one of the least visited UNESCO World Heritage sites on the planet, the Trinidad Jesuit ruins. Coming in at just under the size of California, this country is far too much to explore in a weekend. But if you only have 48 hours to spare, here’s how you should spend your time.

If you’re coming from Argentina

Spend your first day being a culture vulture in Asunción. On the outskirts of the city is its best museum, Museo del Barro, packed with indigenous art and artifacts that span the country’s turbulent history. Downtown there’s the striking Palacio de los López – the city’s government seat – and the humbling monument to the fallen, Panteón Nacional de los Héroes. Grab an inexpensive bite at local institution Bolsi and spend an evening sharing the national beverage tereré (cold-brewed yerba mate, a bitter caffeinated tea) on the city’s riverside boulevard, La Costanera. 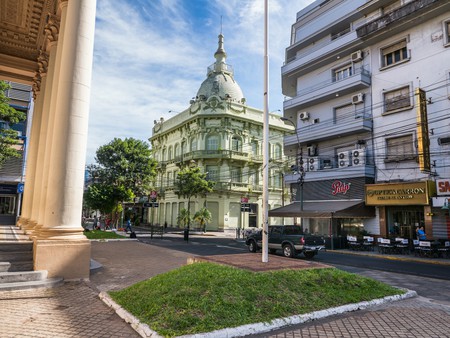 On day two, start early and head over to mini-break hotspot San Bernardino, just an hour’s drive east of Asunción. This Geman settlement, situated on the shores of Lake Ypacaraí, is a haven for sunseekers. Before the sun gets too hot, pitch an umbrella on the sandy beach or head out onto the water in a pedal boat or wave runner. In the afternoon, set out on a walking tour of the town’s picture-perfect colonial mansions and grab a table at one of the lively bars, like Bar La Doña just off main thoroughfare Avenida Guillerno Naumann, packed with ultra-friendly city folk in the summer months. 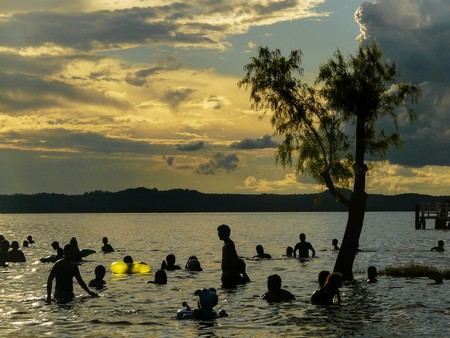 When crossing the border from the east, Iguazú Falls should be the first stop on your list. This spectacular set of waterfalls is one of the most breathtaking in the world, prompting Eleanor Roosevelt to exclaim “poor Niagara!” The most dramatic photograph-worthy spot is named Devil’s Throat and is made up 14 falls that drop over 100 metres (330 feet) into the frothy river below, often framed by a bright rainbow when the sun shines. Spring and autumn are the best times to visit, when the water can fall at a rate of up to 12 million liters per second. 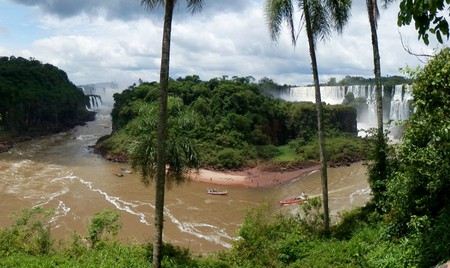 Continue your adventure into the great outdoors on the following day with a trip to Mbaracayú Biological Sanctuary, about two hours north by car. The Moises Bertoni Foundation is the region’s tree keeper, protecting the nature reserve from deforestation. It offers lodging and tours to curious travelers. Canoe up the reserve’s wetlands with a guide to spot native coatí, tufted capuchin monkeys and over 400 species of tropical birds. An ancient tribe – the Ache, who were once cannibals – still live on the banks. 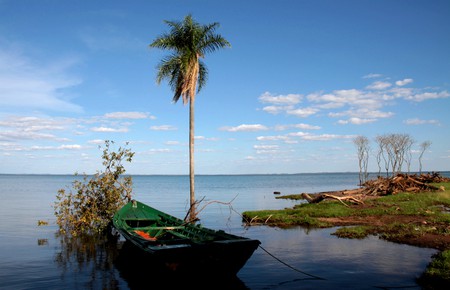 If you’re arriving from the north, stick to the upper part of the country, where the Chaco wilderness sprawls out for hundreds of miles. It’s a sparsely populated tangle of desert and sandpaper-dry forest, inhabited in bursts by the native Guaraní people. Start out at Mennonite stronghold Filadelfia – the largest town for 250 miles.

This time-warp town – first established in the 1930s by Russian Mennonites escaping the Stalinist regime – is worth a visit for its unexpectedness alone. It still fosters the unusual German dialect Plattdeutsch, boutique local businesses peddling ice cream and ceramics and is the last stop for supplies before you head into the wild. Pop into the Jakob Unger Museum for a snapshot of the town’s Russian heritage and stuffed examples of the Chaco’s wildlife. Before the sun sets, wander around the town to spot colorful hummingbirds and butterflies in locals’ manicured gardens. 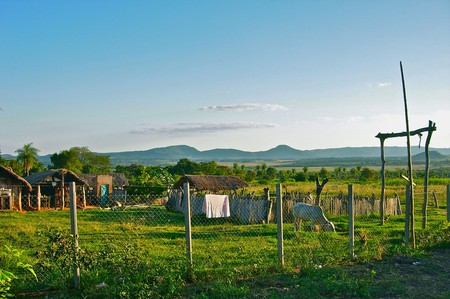 On the second day, ask around in Filadelfia for a guided tour of the Middle Chaco from the word-of-mouth renowned Hans Fast to spot vultures, caymans and giant anteaters – and even elusive jaguars if you’re lucky. This part of the wilderness is dotted with fragrant palo santo trees and is where you’re most likely to spot big mammals. Fancy sleeping under the stars? There are plenty of places to camp in the nature reserves around Madrejón and Cerro León. 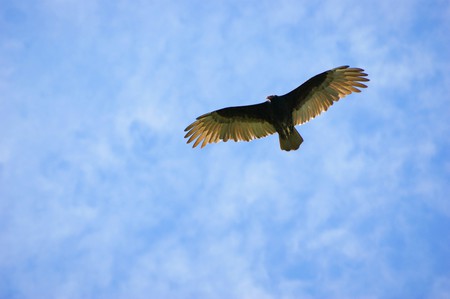 A vulture overhead in the Chaco | © Aranha / Pixabay
Give us feedback