Encarnacion: What to Know About the City that Disappeared Under the Dam 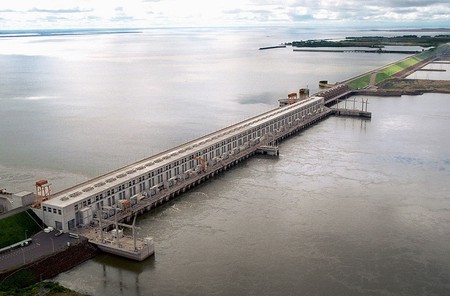 Few travelers find themselves in Encarnacion. Fewer still would be aware that much of this Paraguayan lakeside beach resort lies under the murky waters of the mighty Paraná River, the result of a hydroelectric megaproject that had dire consequences for the very inhabitants it had intended to serve.

Known as the Yacyretá Dam, the hydro project was first conceived as far back as the 1920s. Feasibility studies were finally undertaken in the 50s and it wasn’t until 1983 that construction began, a joint effort between Paraguay and neighboring Argentina who had spent years arguing over the details of how to divide generated electricity and investment costs. 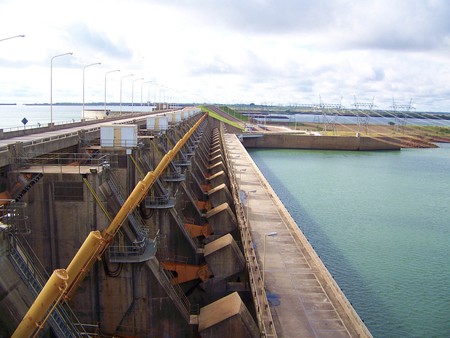 By the time construction began, everyone was well aware that rising water levels would flood a significant portion of Encarnacion, most notably an area referred to as zona baja (lower zone). Drastic relocation plans were undertaken while entire infrastructure networks such as roads, power lines, and sewerage channels had to be redrawn.

Such was Paraguay’s demand for cheap electricity, they were prepared to inundate a huge slice of one of their most beloved towns.

Whether it was due to corruption, technical incompetence, or political meddling is unclear, but the Yacyretá Dam didn’t quite go to plan. Upon completion of the project, water levels around Encarnacion rose some seven meters less than expected, leaving large swathes of the zona baja semi-exposed to decay amid the stagnant mosquito-infested pools that remained.

Rather than submerging beneath the river, a desolate wasteland of rubble, tarmac, and crumbling buildings were left behind for all to see. It soon became the hangout of local destitutes and drug addicts, a haven for the underclass where most locals wouldn’t dare venture.

Due to lower than expected water levels, the hydroelectric generators had only been running at 60% capacity. Keen to capitalize on this wasted potential, the Argentine government eventually invested huge sums to further flood the river and increase electrical output. 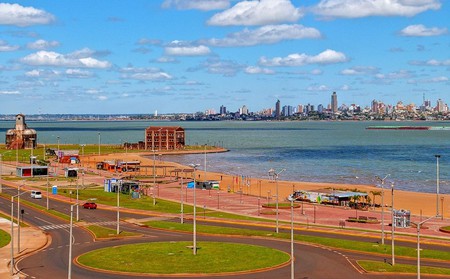 In 2011, they succeeded in raising the water level those extra seven meters, submerging an additional 1,650 sq km of land in the process. This called for further relocation, rehabilitation, and infrastructure repairs in Encarnacion, a huge financial burden for a modest city in a little known developing country.

In all, some 40,000 people have been displaced in Encarnacion over the years, with economic implications seemingly impossible to quantify. A 1990 census on relocation costs was found to have been manipulated, meaning many who had to leave were given criminally low compensation.

Furthermore, it was not just the people of Encarnacion who were affected, with the delicate regional ecosystem also being put under tremendous strain. A huge section of land had to be flooded, causing thousands of animals to die and entire species to go extinct. Despite extensive rehabilitation efforts, the environmental impact has undoubtedly been severe.

All this begs the question: Just how sustainable or “clean” is hydroelectric power? Granted, it doesn’t spew carbon into the atmosphere or require the burning of limited fossil fuels. Nevertheless, as we have seen in the case of Encarnacion, the impact of large-scale inundation on both humans and the environment is difficult to ignore.

Encarnacion | © Paula Rey/Flickr
Give us feedback