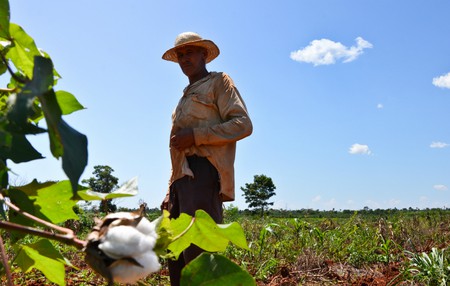 Paraguay has one of the most homogenous populations in South America. In the great settlement of the continent in the 16th century by the Spanish, Paraguay’s Guaraní had their lands taken and their identity shaken. But among the ashes of religious missions and colonization, the country’s indigenous people clung on to their heritage, which lives on today in their language and customs.

The name Guaraní was given to Paraguay’s indigenous people by the Spanish Jesuit missionaries who flooded the country in the 1530s – as long as they agreed to convert to Christianity. Those who didn’t were called Cayua, or “those from the jungle.” Before their contact with the Europeans, Paraguayan tribes simply called themselves abá, meaning people. 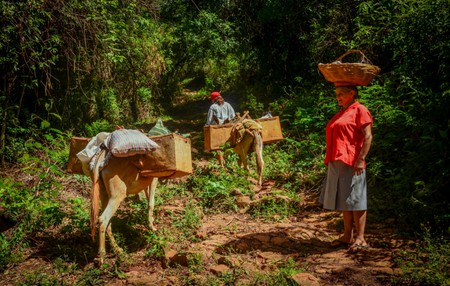 Early Guaraní people made the forests of eastern Paraguay their home, farming the lands and living in tribal villages of around 15 families. According to some historians, the Guaraní were highly territorial, fought many wars and even sacrificed their enemies after battle. It’s thought that they headed inland towards the Río de la Plata in the 1300s, though communities like the Apapocuva were discovered living on the northeast border with Brazil as late as the 1990s.

Many Guaraní customs were obscured by Spanish colonization in the 16th century, though some intriguing clues have survived. They believed in a divine creator and destroyer called Ñamandú, who ruled over a pantheon of gods, including Tupã, creator of light, Yaci, ruler of night, and Aña, river dweller. Their legends told of elf-like creatures who lived in the forest and of humans that could transform into animals or plants, while Iguazú Falls was a sacred place, thought to represent the sound of war. 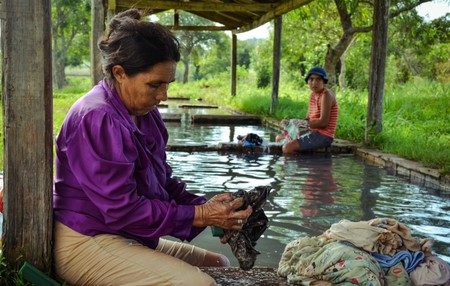 After the Spanish took over in the mid-1500s, many southern Guaraní tribes were brought into their Jesuit settlements, educated in Catholicism, reading and writing and put to work. Others had their lands confiscated and were taken as slaves to Brazil. By the early 18th century the population had dwindled to just a few hundred thousand, taking another hit by the 1760s thanks to several outbreaks of smallpox. After the expulsion of the Jesuits and the decline of the missions into the early 19th century, the Guaraní established themselves as merchants, writers and soldiers, moving away from tribal life but never relinquishing their language and their heritage.

The Guaraní language comes from a branch of the Tupian linguistic group. Dialects varied up and down the country, as tribes spread out along the riverbanks. Now, Guaraní is spoken by 95 percent of the population and is thought to be more widespread and deeply understood than Spanish. In fact, some English words – jaguar, tapioca and toucan – all have their roots in Guaraní. 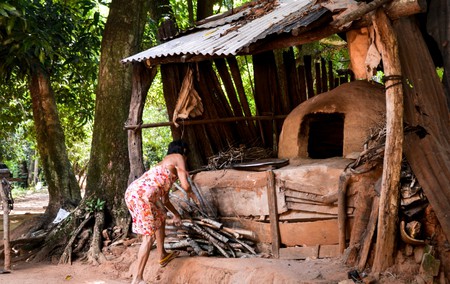 Today, Paraguay’s Guaraní population numbers around five million. Their heritage is revered, expressed in music, food and customs. Embroidery and lace-making have endured, as has Paraguayan polka, played on the traditional harp. Dishes like chipá, a cake-like patty made from corn, mandioca, cheese and eggs, are found on menus all over the country. Deeply proud and fiercely patriotic, Paraguay is a country where history can be seen in action every day.