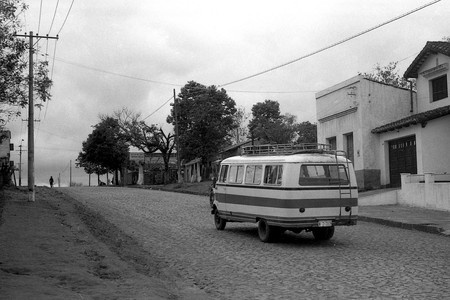 Paraguay is often left off the list when it comes to backpacking around South America. With little to go off from guide books, and information about its hidden gems scarce, it has ended up as uncharted territory, even on this well-trodden continent. For those in the know, though, it’s a place rich with unusual wildlife, natural wonders and colonial metropolises. Read on for our guide to the best secret spots Paraguay is hiding.

Paraguay’s “Pearl of the South” is perhaps the country’s most enticing city, with its quaint riverwalk and popular urban beaches. It’s a place where worlds collide: colonial mansions line the streets, flanked by locals selling nuts and oranges to passersby. For a dose of culture, head to the decorative cathedral and watch the sun set among the locals from San José beach. 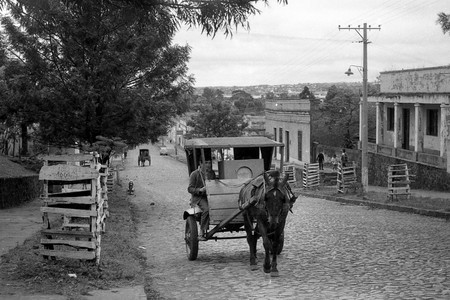 Oddly reminiscent of Australia’s Ayers Rock, Cerro Cora National Park celebrates the magnificent sandstone structures that still stand in the vast grasslands. Dramatic and remote, this nature reserve is home to several indigenous Paï Tavytera tribes and plenty of armoured armadillos. For incredible panoramic views, head to the top of Cerro Muralia (or Wall Hill) and don’t miss the 5,000-year-old petroglyphs carved into the hill caves around the park.

This off-the-beaten-track town is tucked into the rocky cliffs just south of Paraguay’s capital, Asunción. In the 17th century it was a mission settlement, established by Spanish Franciscans to “civilize” the indigenous Guaraní people. High on a hill above the city, a simple stone church still stands as a reminder of the Spaniards’ colonisation. In the town itself lies El Templo de San Buenaventura – its interior a breathtaking example of Franciscan baroque art.

Pouring into the great Paraná river is the epic waterfall Saltos del Monday, just outside seedy Ciudad del Este. Paraguay’s miniature answer to Iguazú, this cascade offers something that the great falls doesn’t: solitude. Wander the nature trails carved into the surrounding forest and stick around until dusk, when the setting sun casts rainbows across the mist. 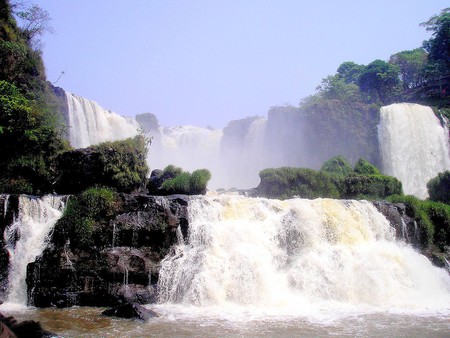 The last bolthole of civilization before the wilderness of the Gran Chaco, Filadelfia is a wholly unexpected little town at the heart of Paraguay. Settled by Soviet Union Mennonites in the early 20th century, it’s still German-speaking and boasts dairy as its main industry. There’s a quaint ice cream store in the center and some delightfully old-world hotels with a dash of European charm. Plan a trip into the wild from here – the surrounding plains are home to jaguars, pumas and the Chaco peccary.

This exotic national park in Paraguay’s southern corner is the last bastion of the Atlantic Forest. Heavily protected, it’s home to swinging capuchin and howler monkeys, as well as an abandoned iron foundry that once belched out munitions for the Triple Alliance War and a series of plunging waterfalls. Look out for hundreds of brightly colored butterflies hovering around the park’s babbling brooks.

Wedged between sprawling Asunción and Lake Ypacaraí, Areguá is a breath of fresh air outside of the city. Snaked with cobblestone streets and dotted with pillared colonial buildings, it’s a lakeside town to rival any on the Mediterranean coast. Heralded for its sumptuous strawberries and imaginative artisan crafts, it’s a popular getaway destination for city dwellers in the summer months, with fishing, boating and water sports on the lake and a myriad of up-and-coming restaurants that stay open until the wee hours. 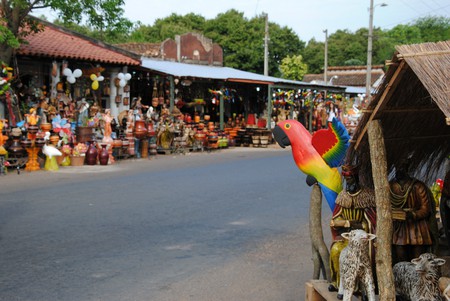 If you’re keen to uncover some of Paraguay’s hidden wildlife, head to Mbaracayú Reserve near the border with Brazil. This sub-tropical forest is a natural refuge for over 400 species of birds, as well as alligators and capybara. Strike out into this remote park and take a guided cruise through the snaking tributaries to spot tribal settlements along the riverbanks.

Sitting just outside Areguá is one of Paraguay’s most intriguing natural wonders, Cerro Kôi – a unique geological formation that’s made up of red octagonal stones. It resembles a giant sandy honeycomb and is believed to have been formed by the shift of volcanic rock thousands of years ago. There are only two other examples on Earth, in Canada and South Africa. Visitors stop by for the impressive views of the surrounding countryside and bracing walks across the Cordillera de Ybytypanemá range. 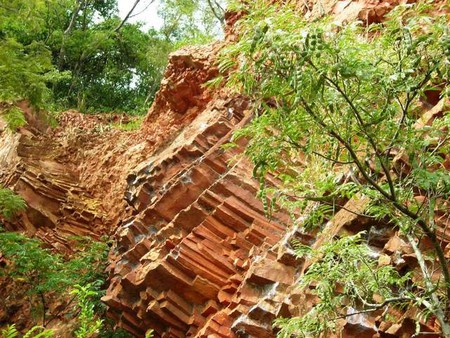 Paraguay’s celebrated UNESCO World Heritage Site is one of the least visited in the world. The haunting ruins of a Jesuit mission that sought to convert the Guaraní tribes in the 17th century now punctuate the skyline south of Encarnación. Trinidad was once a self-sufficient city, with a church, a school, and a settlement for the local indigenous people. Ask at the visitor’s desk for a guide to the ruins as information is a little scarce, and be sure to stay until after dark to see the whole mission illuminated under the stars. 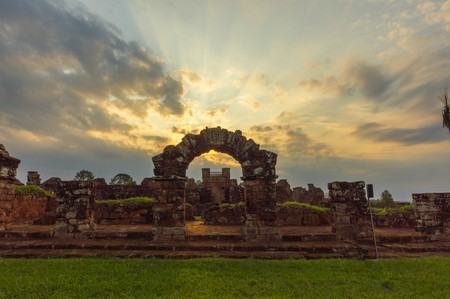 This unassuming city south of the capital is the spiritual home of ñandutí – a distinctive tribal art form that sees lace woven in circles to form geometric and zoomorphic patterns in striking colors. Itauguá offers a glimpse into Paraguay’s turbulent past, with its pastel colonial churches, dilapidated railway and intriguing Museo San Rafael that exhibits crafts and artifacts from the 17th century.

This working farm outside of Concepción is a haven for those looking for a real slice of rural Paraguay. Run by German expat Peter Gartner, it’s home to a tapir, a howler monkey, caimans, pacu and a family of toucans. The farm organizes excursions and activities for visitors, like bird watching and kayaking, and offers comfortable accommodation and tasty homemade meals for backpackers.

One of Paraguay’s most important historic and cultural towns, Villarrica is a striking example of colonial grandeur in the south of the country. It’s well-loved for its Carnaval Guaireño and Festival de la Raza, celebrating traditional music and dance, as well as its red sandstone church and cathedral. With Lake Ykuá Pytã and Manuel Ortíz Guerrero Park on the doorstep, it offers the perfect blend of culture vulturing and outdoor adventures. 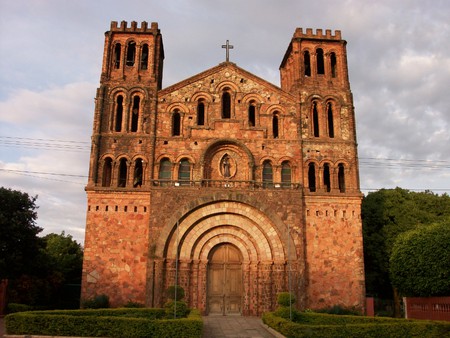 Immense and crushingly hot, Paraguay’s Chaco is a wide, desert-like swathe of land peppered with lagoons and palm groves. Around 600 species of birds, anteaters and deer call it their home, sharing the arid land near Bolivia with big mammals like ocelots and pumas. Visit in the summer months to camp out under the stars, or stick around for the Transchaco Rally, held every autumn.

Hugging the banks of the Río Paraguay, Concepción is the perfect launchpad for a river cruise through the wild Gran Chaco, or a two-day trip to Asunción. It had a golden age in the early 20th century, before it was hit hard by the Civil War of the 1940s. Today it’s a sleepy, vintage-looking town, dotted with pastel colonial façades, rotisserie chicken eateries and about as authentic a market as you’ll find in South America. Spend a night at the charmingly old-school Hotel Victoria for a taste of Paraguayan hospitality. 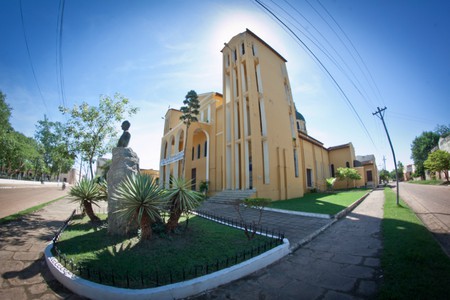