A Guide to Hiking the Quilotoa Loop, Ecuador 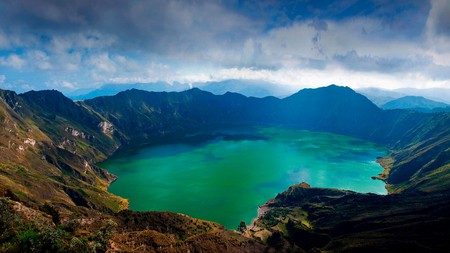 The Quilotoa Loop makes for an incredible hiking experience across a magnitude of rivers, craters and valleys | © Room / Alamy Stock Photo

The Quilotoa Loop is one of Ecuador’s most spectacular multi-day hiking routes – traversing rivers, valleys, volcanic craters and remote Andean villages. The full 200km (124mi) circuit starts and ends in Latacunga – the capital city of the Cotopaxi Province, just 100km (62mi) south of Quito on the Pan-American Highway.

Are you looking for a hike to join in Ecuador? With Culture Trip, you’ll have the opportunity to do so on our exclusive eight-day Ecuador adventure, led by our Local Insider.

A popular hiking section covers a 36km (22.4mi) stretch between the villages of Sigchos and Quilotoa, passing through Isinlivi and Chugchilán. The Quilotoa Lagoon – an emerald green crater lake that formed after the last eruption of the Quilotoa volcano in 1280 – is arguably the highlight of the Quilotoa Loop. Beyond the many awe-inspiring landscapes, you’ll also gain a fascinating insight into the indigenous cultures of the region.

It’s possible to complete the entire route in a couple of days – at a push – though most hikers take between three to five days. Completing it is a hugely rewarding experience, but to make the most of it, thorough preparation is essential. Here’s what you should know before hiking the Quilotoa Loop in Ecuador. 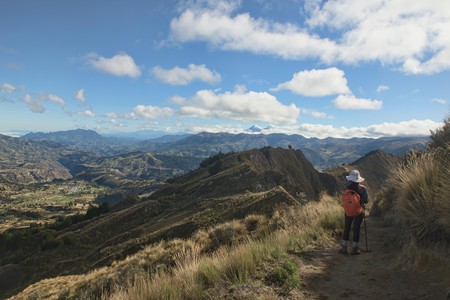 How to Get to the Quilotoa Loop

From the Quitumbe terminal in Quito, public buses run regularly to Latacunga. The journey costs between $2-$3 (£1.46-£2.18) and takes around an hour and a half’s drive. Once you’re in Latacunga, catch a bus to Sigchos, which takes around three hours and costs $2 (£1.46).

Another option is the Wanderbus – a hop-on-hop-off service that allows you to customize your own route across Ecuador, with the freedom to change it as you go. It’s ideal for exploring the area around Quilotoa for a day or two, but given it only drops off and picks up in Quilotoa village, it’s not convenient if you want to hike the entire route. Passes start at $89 (£64.76) – significantly more expensive than public transport, but with far greater comfort, flexibility and several activities included.

Where to Start on the Quilotoa Loop

Most hikers begin the Quilotoa Loop in Sigchos, heading south toward Quilotoa via Isinlivi and Chugchilán – and there are several benefits to doing it this way round. Firstly, Sigchos sits at 2,850m (9,350ft) altitude, so starting there enables you to gradually acclimatize throughout the hike, building up to Quilotoa, at over 3,900m (12,795ft) altitude. Either way, it’s essential to spend a few days acclimatizing in Quito or Latacunga before you begin hiking.

Setting off from Sigchos also means you have the Quilotoa Lagoon to look forward to at the end of the hike – you can kayak across if you fancy. Meanwhile, Quilotoa offers the best choice of accommodation out of any of the villages on the trail. 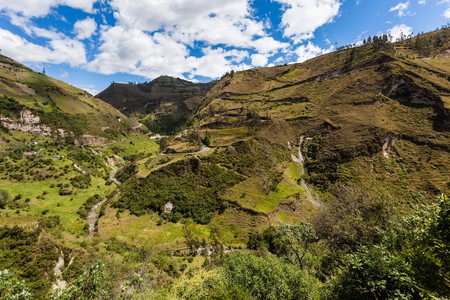 The Highway to Sigchos, up and down the slopes of the Toachi River Canyon in Quilotoa, Ecuador | © Patricio Hidalgo / Alamy Stock Photo

It’s worth noting that hiking from Sigchos to Quilotoa involves significantly more steep ascents than the opposite way round – particularly the final stretch between Chugchilán and Quilotoa – so for a less strenuous hike with plenty of downhill sections, consider starting at Quilotoa and finishing in Sigchos.

If you don’t fancy hiking the entire route, follow the trail around the rim of the Quilotoa crater, which takes between four and six hours to complete – or head to the Mirador Shalala viewing point for the ultimate photo opportunity overlooking the lake.

When to Go to the Quilotoa Loop

Given that Ecuador sits on the equator, it doesn’t experience four distinct seasons with major changes in temperature. Instead, it has a rainy season from October to May and a dry season from June to September – the latter being the optimal window to hike the Quilotoa Loop. Weather conditions vary drastically by altitude and can change rapidly in the mountains.

In Sigchos and Isinlivi – both below 3,000m (9,842ft) altitude – daytime temperatures tend to hover around 15-20ºC, with September usually the warmest month. Meanwhile, in Chugchilán and Quilotoa – both well over 3,000m (9,842ft) altitude – temperatures regularly drop below 10ºC, with February and March usually the coolest months. High winds can make it feel significantly colder than it actually is and it’s not uncommon for the temperature to drop below freezing after dusk, at higher elevations on the Quilotoa Loop.

Generally, the weather tends to be clearest early in the morning, while clouds tend to roll in throughout the afternoon – so it pays to set off as early as you can after sunrise, usually around 6am. Always make sure you arrive at your overnight base before sunset which is typically around 6pm.

What to Bring to the Quilotoa Loop

Given the distance you’ll be covering across varied terrain, wearing suitable hiking boots is imperative – and using poles is a sensible idea, too. Prepare yourself for all weather conditions by bringing a waterproof jacket, gloves, a warm hat and plenty of layers.

The air is thinner at such high altitudes, so even if it doesn’t feel especially warm, suncream is a must to avoid getting burned. Make sure to bring plenty of drinking water – or a high-quality water filter bottle – snacks, insect repellent, toilet paper and a comfortable backpack to store everything in. You won’t come across any ATMs on the Quilotoa Loop and many hostels don’t take card payments, so calculate how much cash you’ll need before you go and bring a little extra just in case.

Source a paper map if you can – hostels often have them – and download the Maps.me app, which works offline. If you lose your bearings at any point, know that you’re never that far from the nearest village – and you’ll likely pass fellow hikers or locals who’ll be able to help. Look out for red and yellow markings on rocks and trees, which show you’re on the right track.

Where to Stay Near the Quilotoa Loop 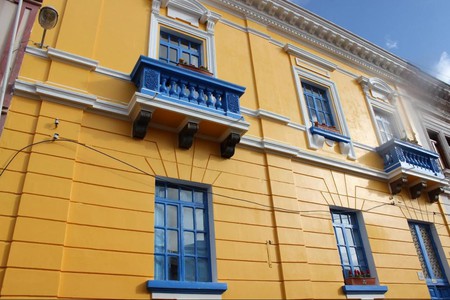 If you plan on staying a night in Latacunga before embarking on your hike, Hostal Café Tiana makes an excellent base. It offers homely accommodation – with the option of private rooms or a bed in a dormitory – along with luggage storage – at just $1 (£0.73) per bag per day – and plenty of maps and useful information about the Quilotoa Loop. It’s also a great place to meet other travelers.

On the Quilotoa Loop itself, options in Sigchos are limited as most hikers use it merely as a starting off point. The Starlight Inn is the sole guesthouse in the village itself, while Hostería San José de Sigchos – 3.2km (2mi) south – is a great spot featuring an indoor pool, sauna and hot tub.

In Isinlivi, LluLlu Llama Mountain Lodge and Hostal Taita Cristóbal – both known for their friendly ambiance and hearty home-cooked meals – are favorites among hikers. And in Chugchilán, Hostal Cloud Forest and the Black Sheep Inn Ecolodge are the standout choices. Quilotoa, meanwhile, has several cozy places to stay, including Hosteria Chukirawa, Hosteria Alpaka and Runa Wasi. 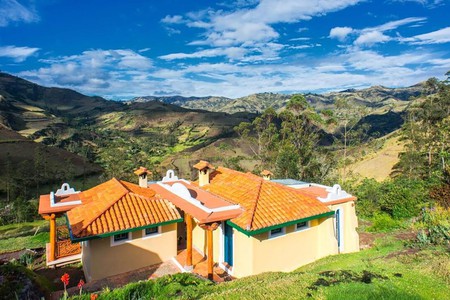 A homestay set in the mountains of Ecuador | Courtesy of LluLlu Llama Mountain Lodge / Booking.com

Prices vary slightly between places and fluctuate throughout the year but, in general, expect to pay around $20-30 (£14.55-£21.83) per night for accommodation – which often includes a delicious dinner and fulfilling breakfast.