In Bogota, a number of exciting artists displayed their work at SKLN, a nomadic project that intended to bring a new horizon to Latin American art; this ‘nomadic exhibition format’ has been gaining momentum and popularity for decades. Arie Amaya-Akkermans explores the nature of SKLN, the changing contextualisation of art works, and the future of the art gallery as we know it. 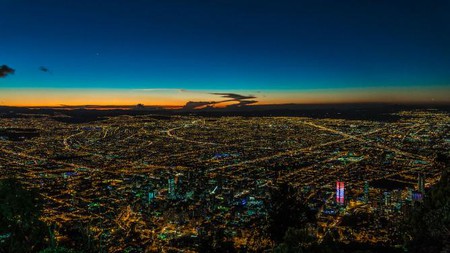 The gallery format is in for an update, and this is hardly news. Since the 1980s, a number of projects emerged, particularly in the United States, claiming a nomadic nature and traveling between different public sites and private venues with tropes of artists and translating works from one context to another. This strategy, though now a commonplace in certain circles (particularly installation and performance), has not merged with the gallery system in a particularly successful way. This perhaps gives a number of clues about the nature of art in the specificity of the white cube, bringing to mind a story about a prestigious art dealer and expert in New York, who, when asked about her thoughts on the so-called Instagram galleries, responded with the question ‘what on earth is Instagram’?

However, the radical shift in the art market through the last decade has also brought shifted tendencies in the gallery’s relationship to its own space, particularly in relation to the rise of dozens, if not hundreds, of new and satellite art fairs worldwide. Some savvy dealers have opted for maximising their brand exposure at the expense of locality, working from their offices and showing their pieces mostly in art fairs and in the format of off-site projects. This format has come under harsh criticism by many, but it is important to remember that some world-class galleries such as Rodeo (Istanbul) began in this format, or that seasoned dealers like Suzanne Egeran (Istanbul) and Nicole Klagsbrun (New York) closed down their prestigious galleries, turning recently to the nomadic format. 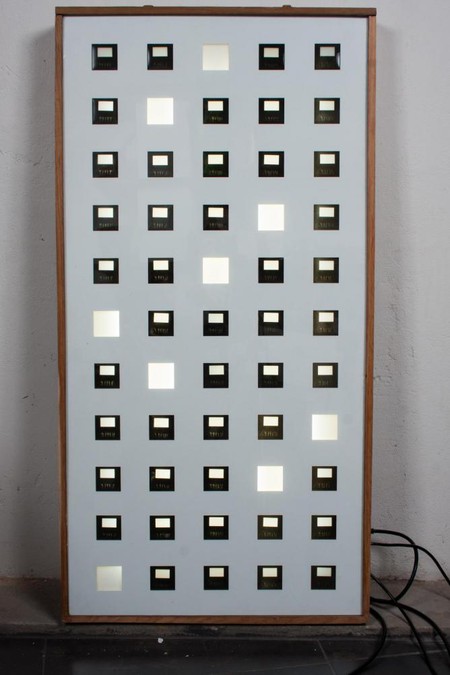 In Bogota, one of the emerging cities in global art, a nomadic project opened its doors – or rather its wings – in October 2013, roughly coinciding with the 9th edition of ArtBo, Colombia’s international art fair. SKLN, the brainchild of three young but experienced dealers was based on two things: an itinerant project committed to bring a new horizon to Latin American art, and a roaster of regional artists across generations and formats. The project had its inaugural exhibition Umbral at a lush loft in the Continental Suites, a recently renovated hotel in the historical downtown, now being transformed into a new financial and commercial hub. Part of their curatorial approach towards site-specific projects involves the use of locations in transformation or locations that are about to be transformed, stressing the itinerant nature of their vision. 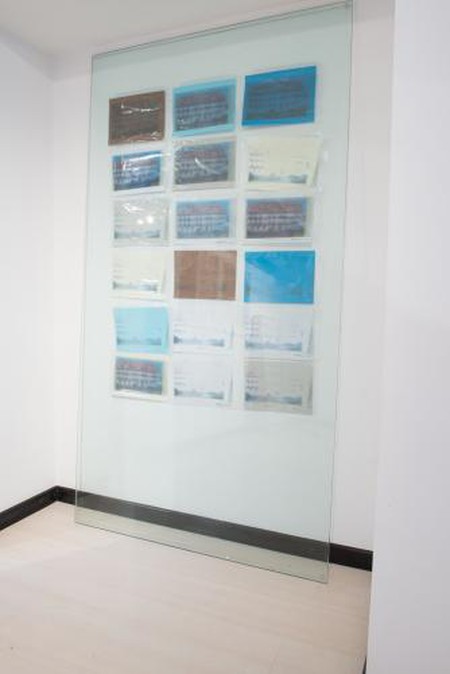 There was not a specific curatorial practice deployed in this show, but their intention was to present – in a space both public and intimate – a rather impressive selection from their portfolio, dominated by contemporary painting but also including video, installation, sculpture and mixed media. While the selection was diverse and open-ended, Umbral was characterised by a solid aesthetic balance between different compositional styles and approaches. The exhibition presented works by Antonio Castles, Byron Reza, Claudia Robles, Francisco Camacho, Gabriel Silva, Ivan Castiblanco, Liliana Gonzalez, Luis Orozco, Nestor Andres Peña, Raul Marroquin, Robert Otto Epstein, Rodrigo Echeverri y Venuz White.

The nomadic and transnational nature of the project was accentuated by the presence of some international artists alongside Colombian practitioners that are either bi-national or have been exhibited overseas, blending their practices in with global concerns, post-colonial aesthetics and modified forms of consciousness which are often lacking in local galleries. The art scene in Bogota, for all its ambitions and positive reviews, is often trapped between the residual effect of modernist art and rushing too fast into the art fairs circle, leaving a singular empty space of historical and conceptual transition that often translates into a lack of unity between concept and execution. Umbral, on the other hand, was fresh but sober, appealing to a diversity of audiences and unambiguously located in contemporary discourse.

The most arresting piece in the exhibition was the large diptych Terra Incognita, by Gabriel Silva, a versatile and widely exhibited Colombian painter, working across oil, acrylic and installation. His landscapes, abandoned and dystopian, bordering on science fiction, are grounded on a shadow world of archetypes and primal forms, apparently disjointed but coming together as introspections. Antonio Castles, a very young local artist, was present with the mysterious work ‘Contra la Maquoina’, an installation-like light box of negatives, deploying the analog resources of traditional film and photography, as a critical reading of mass culture. Blurring the boundaries between painting, photography and performative installation, the young artist profiles as a cutting-edge practitioner. 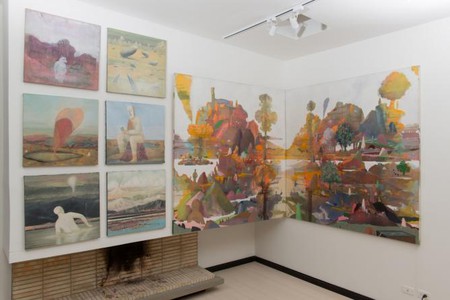 It was surprising to find in the exhibition work by Raul Marroquin, a Colombian artist based in the Netherlands, who has pioneered in European video art since the 1960s. The work of Sair Garcia, one of those rare painting-based artists exploring political reality through a definite aesthetics of subtle realism, was also present in the exhibition with the mesmerising work ‘Realidades Paralelas’, a stunning large painting. The exhibition was complemented by video screenings by a number of leading video practitioners. The project’s curatorial practice, largely informed by critical theory, is not a closed curatorial framework or even a reading but a soft parsing of contemporary consciousness through a number of works that reveal themselves simultaneously as global, contemporary and local.

SKLN’s itinerant platform, however, was reinforced by their participation in a number of art fairs, including Bogota’s younger fair Odeon, Miami’s Scope during Art Basel Miami Beach and then more recently, the newly inaugurated Art Cartagena. Showing different corners and aspects of their portfolio in these venues, continuously expanding, they emerge as a critical force in Colombian art and with the potential of becoming one of the region’s leading dealers and curators. They have also incorporated into their portfolio the work of Adriana Ciudad, a Peruvian-German artist recently transplanted to Bogota, and who, living between Bogota, Lima and Berlin, embodies well the mission of SKLN in her practice, stretching across painting, installation and sculpture, reading different cultures. 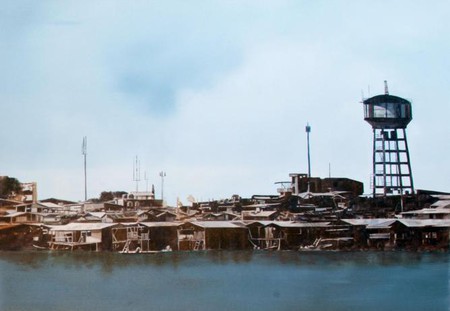 The team of SKLN brings together an assemblage of expertise and local knowledge. Fernando Barrera and Lina Castañeda both studied at the Universidad de los Andes, Bogota’s top liberal arts college, and went on to pursue different careers in art and curating. Fernando is an artist and philosopher with experience in curating and previously involved with private collections; Lina, on the other hand, has been active in the local arts scene since 2008 as former director of Christopher Pascall Gallery. Madrid-born Caridad Botella accumulated extensive experience in the auction house sector and as former director of Witzenhausen Gallery in Amsterdam/New York. She contributes regularly to international art publications. The three of them act as founders and directors of the project.

Expanding their operations at present, looking into art fairs in Mexico and Peru and brainstorming their upcoming site-specific shows, SKLN is a project and a format to watch, and whose trajectory in the art fair circle might quickly propel them to more international waters, where the expectation for high-quality Latin American art remains consistent but critical. It might set the trend for a fresh transnational and nomadic approach for Latin American art which, though in the make, has been constantly marred by repetition and poor curatorial choices. With ARCO Madrid slightly over a month away and many regional galleries present, it will be interesting to keep track of SKLN’s direction and the process of established artists working closely with young emerging dealers with curatorial backgrounds.