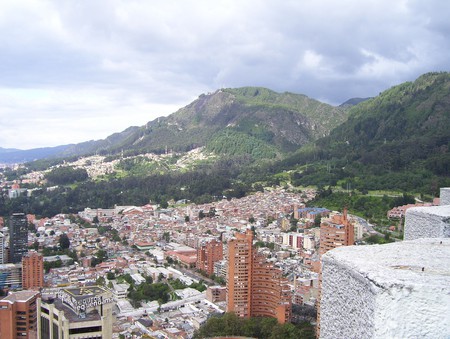 Nicknamed the Athens of South America for its numerous universities and libraries, Colombia’s capital is also home to a plethora of art galleries and museums exhibiting Colombian and international art. Next to the traditional contemporary galleries, many curators strive to distinguish themselves from other cultural activities or particular specializations. Here we take a look at Bogotá’s best contemporary art galleries.

Thierry Harribey, a Frenchman passionate about art, decided to restore his old, colonial home, converting it into a small, independent art gallery. A few months later, in February 2012, Neebex opened its doors. Located in the city’s historical neighborhood of La Candelaria and surrounded by four universities, a library, and many museums, Neebex has developed an academic, cultural and touristic atmosphere. The gallery proudly hosts all types of artistic works from videos to performances and puts a special emphasis on promoting young talented Colombian artists still unknown to the general public. The collective, thematic exhibitions invariably show the exciting side to Colombia’s new art. 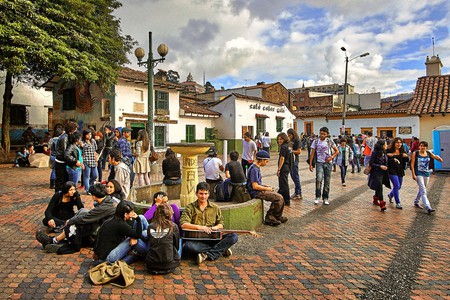 Located in a commercial area, Cero Galería features visual, plastic, multimedia, and architectural arts, but specializes in video art. According to its director, Leonor Uribe Joseph, the gallery is also a platform for managing and conceiving socio-cultural projects, often through collaborations with public and private organizations. Cero Galería was inaugurated in October 2007 and focused its first exhibitions on video art, such as the II Inter-American Biennial of Video Art of 2006-2007, which consisted of works selected in the competition organized by the Cultural Centre of the Inter-American Development Bank. In April 2013, the gallery organized an exhibition called La Generación Emergente, gathering eight young artists from Bogotá and Medellin who were prominent in the contemporary art scene but had not yet won any prizes.

Galería Baobab opened in 2002 with the aim of supporting well-established artists, but also exhibiting and selling the work of emerging, young Colombian practitioners. Without any particular specialization or limiting preference, Baobab welcomes all types of visual art. It intends to play a role on the national as well as the international stage, which is why it has participated in important international fairs, such as the MIA (Miami International Art Fair) in Miami, the first edition of the Art Naples fair in 2011, and the Next Art Fair in Chicago in 2010. Galería Baobab is located in a small, isolated street, nicknamed la calle de los anticuarios for the numerous antique shops that dominate it. 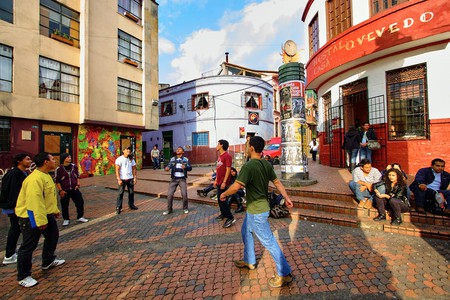 Part hairdressing salon, part gallery, La Peluquería defines itself as a social space for emerging art and artistic hairstyling. In 2008, Melissa Pérez and Maritza Alvarez bought an old house in La Candelaria and refurbished it to create a unique atmosphere: an empty gold frame hanging on a wall decorated with a large black and white drawing, a cow skin chair in the middle of the room, and other vintage decorative items, such as a big, flashy red Coca Cola fridge. This self-confessed ‘alternative space’ is now home to the Peluqueras asesinas, nine women bound by a vision of hairstyling as an artistic practice. They organize free haircuts once a week and regularly hold cultural events to reach out and spread the word about their art.

LaLocalidad is an alternative space, where art exhibitions are complemented by cultural, social, and artistic activities. The building’s minimalist, industrial design provides a contrast to the diversity and originality of the activities that take place within. The complex is a centre for socio-cultural practice and personal well-being, featuring Step Ahead, a fitness studio offering yoga courses, the Blue Moon Chocolate selling handcrafted chocolates, SHAKE IT, a bar serving milkshakes and freshly ground Colombian coffee, an 800m² room for exhibitions, and a floor for artistic workshops with Ángela Aristizabal and Danilo Rojas. It showcases art media and hosts a great variety of events, such as film screenings, official book and music album launches, or conferences related to art and culture. 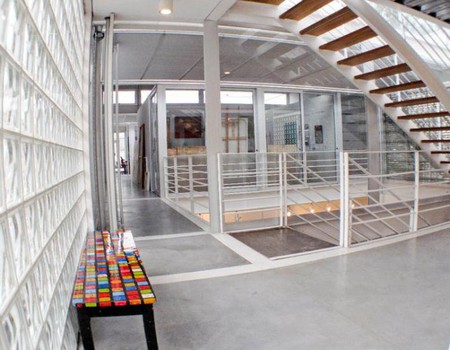 Located on the first floor of the Museo de Arte del Banco de la República, El Parqueadero was initially meant to serve as the museum’s car park. However, with its experimental design being the perfect backdrop to stimulating artistic creativity, the floor was converted into something completely different and innovative: a unique cultural venue. In addition to a space for exhibitions, El Parqueadero also defines itself as a laboratory for workshops and artistic productions. Relying on the public’s participation, active collaboration, and knowledge-sharing, this cultural center is home not only to numerous projects and artistic gatherings but also to a library where books and publications may be freely consulted.

AlcorrienteARTE is a gallery located in Quinta Camacho, a neighborhood famous for its English style. The gallery regularly hosts exhibitions but also conferences related to art, music, dance, and theater. Monthly events are organised to favour the encounters between artists and the general public, and more particularly with collectors. Through its programme, AlcorrienteARTE aims to support and promote all types of talent, from young emerging practitioners whose work has never been exhibited to more experienced artists. Past exhibitions have included thematic shows on memory and architectural drawing, or mixed media artist Marcos Roda’s exhibition Scrambled Times. ALcorrienteARTE also gives part of the funds it raises to social works in order to contribute to the development of the city. 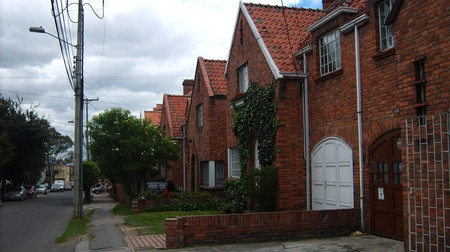 Galería MÜ is the first gallery in Colombia entirely dedicated to fine art photography. According to Andrew Ütt, co-director of the gallery, photography has a rich history in Colombia. Galería MÜ aims to contribute to this heritage through its artistic presentation of photography while showcasing Colombians’ beliefs. Wishing to share their passion, Andrew Ütt and Carolina Montejo – the other co-director – organize workshops on the history of photography, while Francisco Cruz Florez, a Colombian photographer, has conducted studio classes on basic techniques of the art form. The shop attached to the gallery specializes in photography books and prints.

Due to space restrictions, Galería El Garaje only focuses on photography, drawings, and paintings. Dedicated to promoting exclusively young talent, Galería El Garaje has a set of strict rules regarding each artist that it represents. They must either be a student, enrolled in an art school and in their final year of university, or a young professional artist. Since its opening in 2004, the gallery has functioned as a springboard for young artists wishing to start a career in the field. Constantly looking for new talent, Enrique Soto, the director, visits universities to meet students, selecting artists with two criteria in mind: quality, and the method of production.