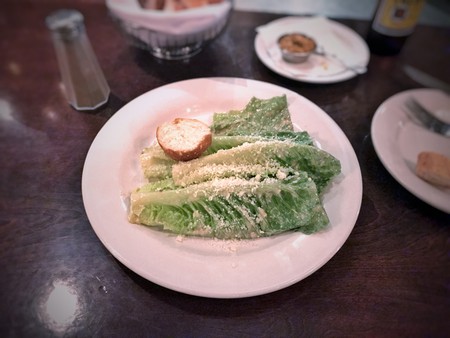 The much-loved Caesar salad: it’s on every supermarket shelf, served at thousands of restaurants, and its sauce is sold by the bucket load across the globe. Most know and love the dish, but few have heard about its unlikely origin. Read on to find out how the world’s favourite salad came to be born in Tijuana, Mexico.

It’s the early 1920s and the height of the prohibition era. Hollywood stars, businessmen and the filthy rich are travelling over the US-Mexico border for wild parties, gambling, cheap booze and a thriving red light district. At the time, Caesar Cardini was a restauranteur in San Diego, but with every winery, brewery, liquor store and bar forced to close down, unrestricted, wild and star-studded Tijuana was suddenly highly appealing to him. In 1923, he opened up what today is one of Mexico’s most famous eateries: Caesar’s Restaurant Bar . 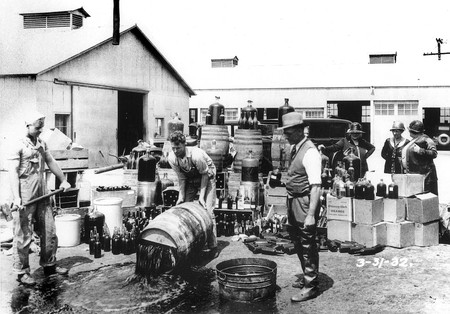 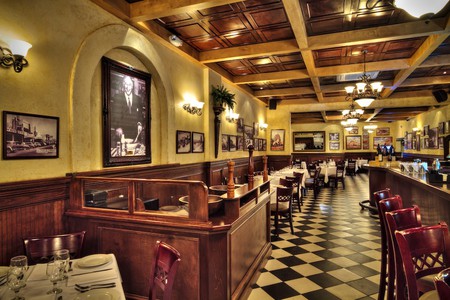 How? A complete accident. It was the busiest holiday weekend they had ever seen, and, earlier than expected, the restaurant ran out of every dish on the menu. When some customers came knocking, Caesar didn’t want to turn them away. Instead, he whipped up a salad at their table made from leftover cos lettuce (which, up until the 1950s, was a popular ingredient for French soups such as Créme Choisy and Créme de Laitue) and all the other ingredients he had left: olive oil, crushed garlic, salt and pepper, lemon juice, parmesan cheese, Worcestershire sauce, raw egg and a single crouton. The Caesar salad was born.

With its elegant, dark-wood decor, black and white tiled floor, sepia photos of Hollywood stars decorating the walls, and waiters in waistcoats zooming past with huge serving trays, Caesar’s restaurant today looks and feels like it would have done almost 90 years ago. And the best part? Although the Caesar salad has come a long way since then (restaurants and supermarkets now add anchovies, grilled chicken, mustard and mayonnaise), Caesar’s Restaurant remains true to its founder’s recipe. The famous salad is prepared, expertly tossed and served at your table using only the 10 magic ingredients that Caesar himself was said to have used on July 4th, 1924. 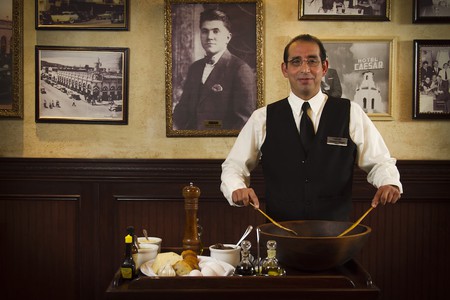