Meet the Colombian Group Preserving Their Forgotten Language Through Hip-Hop 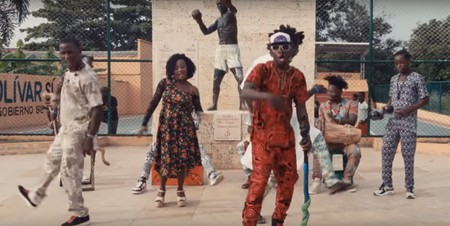 Meet Kombilesa Mi, a hip-hop group from the small Colombian Caribbean village of San Basilio de Palenque. Palenque was the first free slave settlement of the Americas, and the traditional language of the village, Palenquero, is a truly unique language, one that is only spoken by around half of Palenque’s residents. Kombilesa Mi rap in a mixture of Spanish and Palenquero, and are dedicated to safeguarding their language and preserving the unique culture of San Basilio de Palenque.

Palenquero is a Spanish-based creole language spoken only in Colombia. It is also the only Spanish-based creole language in the whole of Latin America and is only spoken by roughly 3,000 people, who come from an ethnic group of around 7,500. It was influenced by the Kikongo language of Angola and Congo, where many of the escaped slaves who made up the original population of Palenque came from, as well as by Portuguese, which was the language of the traders who first brought African slaves to South America. 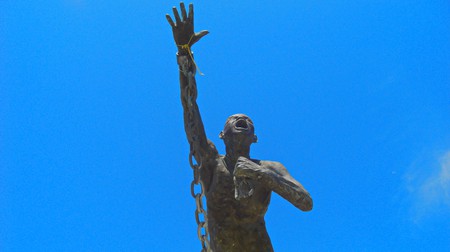 The statue of Benkos Bioho in Palenque | © Chyah / Wikicommons

San Basilio de Palenque is the village where Palenquero is spoken, and even here, fewer than half of the town’s residents still speak the language. The village has been named as one of the Masterpieces of the Oral and Intangible Heritage of Humanity by UNESCO because of Palenquero and the village’s unique traditions, which sprang from a mixture of Colombian and African cultural influences. Palenque is located a couple of hours south of Cartagena, in the foothills of the Montes de Maria mountains.

So where does a young hip-hop group enter the equation? Kombilesa Mi was formed in 2011 in Palenque, and is made up of a loose collective of musicians, singers,] and rappers. Their original goals were to use rap music to express their unique culture and also to safeguard their largely forgotten language. There are no computer-generated beats on a Kombilesa Mi track: all of the music is played and recorded live, and is played on traditional musical instruments from the region, especially the tambor alegre drum and marimbula.

Kombilesa Mi also dress and style themselves in the unique fashion of San Basilio de Palenque: a colourful mixture of bright fabrics, eye-catching patterns and hairstyles inspired by their African heritage. Their members are often seen sporting complicated hair braids, a nod to their enslaved ancestors, who used hair-braiding to create maps to help guide them and their fellow slaves to freedom. No part of Kombilesa Mi’s image and identity is manufactured or false; it is all closely connected and influenced by their culture, their town and their ancestors.

The group have one other truly unique selling point: their raps are performed in a mixture of Spanish and Palenquero, and they effortlessly fuse the two languages, to the point where they almost seem like part of the same tongue. This is perhaps no accident, as the group are extremely dedicated to preserving their precious language, and making sure it is conserved by their generation and the generations to come. Their name means ‘my friends’ in Palenquero. Through a genre of music that appeals to younger generations and allows them to fuse modern styles with traditional music and instrumentation, Kombilesa Mi are able to expand their appeal beyond a folk-music audience and connect with a broader range of listeners.

A Kombilesa Mi gig is like a mixture of a typical hip-hop event and something deeper and more educational. They regularly introduce their songs with brief Palenquero lessons, aimed at helping the audience to understand not only the words and grammar of their language, but also its deep importance to their life and culture. In this way, through their amazing music, unique style and admirable commitment to their culture and heritage, Kombilesa Mi are using hip-hop to keep their unique language alive so that it can be cherished by future generations.