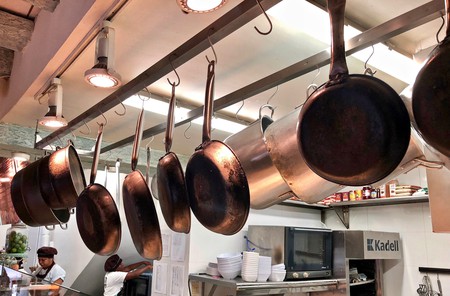 Pots and pans in a kitchen in Cartagena | © F Delventhal / Flickr

A dish usually prepared for special occasions such as New Year’s Eve, posta negra Cartagenera – cuts of seared sirloin steak covered in a rich, sweet sauce made from Coca-Cola and Worcestershire sauce – is one of Colombia’s most celebrated Caribbean dishes. Although it has humble beginnings, posta negra has captured the imagination of top chefs from across the country, and is even beginning to attract attention from further afield. Read on to find out the fascinating history behind this mouthwatering dish, and why it’s one to watch.

Filled with valuable indigenous treasures, and a major trade route for Spanish colonial powers from as early as 1533, Cartagena was in those days considered the most important city in the New World. It was, as the Spanish dubbed it, ‘Las llaves de las Indias‘ (the key to the Indies). This unprecedented coming together of three very distinct cultures – Cartagena’s indigenous groups, the Spanish conquistadors and the African slaves they brought with them – quickly turned Cartagena, once a sleepy town with just 200 inhabitants, into a melting pot of different traditions and cultures. 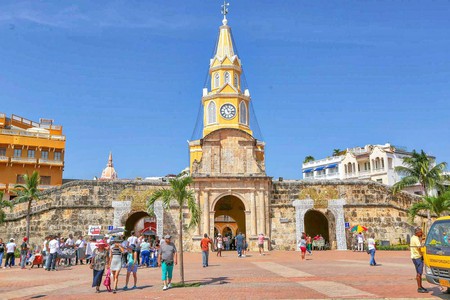 The impact on food, of course, was huge. Each cultural group brought their own ingredients and cooking techniques to the table. The Spanish, for example, attempted to prepare dishes from home using local ingredients. Sancocho, another Colombian staple, is a perfect example of this: by swapping chickpeas, turnips and carrots for corn, yuca and plantain, the conquistadors had themselves a makeshift copy of the popular stew from Madrid, cocido madrileño. 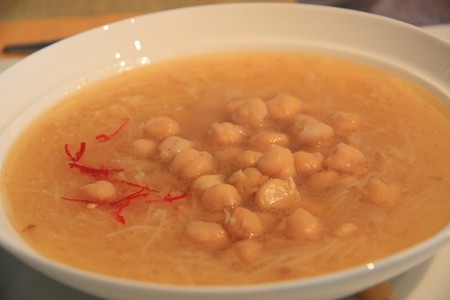 The indigenous people, on the other hand, gifted Colombia with maize dough, which today forms the base of many popular street-food dishes such as the ever-popular arepas, tamales and elotes. Finally, the Africans introduced an array of exotic fruits, vegetables and pulses such as bananas and plantain, okra, yams and black-eyed beans, bringing a much-needed colourful, sweet burst to Colombia’s food scene. 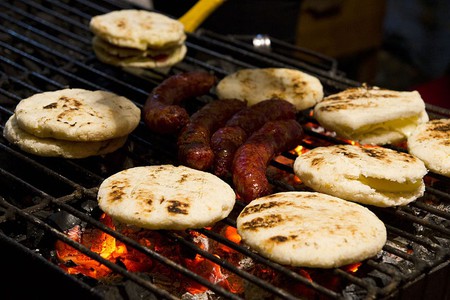 It was this blend of culture, ingredients and culinary traditions that led to the birth of Cartagena’s star dish, posta negra. In just one mouthful, you’ll find an explosion of sweet, spicy, rich, fruity, salty and bitter flavours.

So how is the dish made? First, the meat is marinated for a minimum of eight hours in herbs, onions and garlic, then seared in a pan along with its fat and a little butter and finally served with the pièce de résistance, an exquisite, multi-sensory sauce made from a base of brown sugar or cinnamon, a glass of Coca-Cola (for that extra dark, rich sweetness) and Worcestershire sauce, along with a side serving of coconut rice, patacones (fried plantain) and a slice of avocado.

The wide variety of ingredients and cooking techniques used in posta negra, including marinading, frying, slow-cooking and boiling, is a representation and an everyday reminder of Cartagena’s rich cultural history. In just one dish, flavours from Africa, Spain, the Caribbean and even the US and the UK come together in what, at first glance, looks like a simple plate. And with hundreds of new variations of the dish being created nowadays, it is still growing, adapting and receiving more recognition by the day. The fame of posta negra cartagenera, it seems, has only just begun.