Gabriel Garcia Marquez (1927-2014), or ‘Gabo’ in the hearts and minds of Latin American people, is unquestionably one of the most acclaimed and beloved writers of all time. His style, a curious blend of fact and fiction, has made him one of the main exponents of ‘magic realism’, a genre not dissimilar from Kapuściński’s ‘magic journalism’. We explore the Colombian author’s best-known books while contemplating the overwhelming influence of his attachment to journalism, which he called ‘his true profession’. 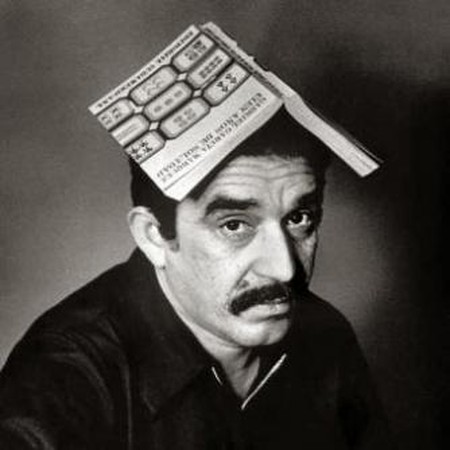 Garcia Marquez enjoyed the reputation of being a writer before he actually started writing. He made his debut with what he defined as ‘totally intellectual short stories’, written before he had ‘found the link between literature and life’. That find, experiences in his early 20’s during a trip back to this native village of Aracataca, inspired him to write his first book, titled Leaf Storm (La Hojarasca). It was then that his calling to become a writer made itself apparent with full force. He realized ‘that the only thing left for me to do was to try to be the best writer in the world’. He had a long wait ahead of him, however: it took seven years for the Leaf Storm to be published in 1955. Since then, this prolific author has published more than 40 books, including his memoirs Living to Tell the Tale (2002). 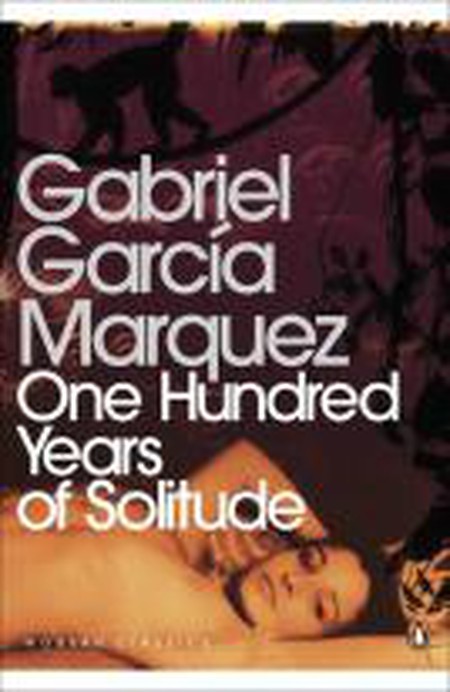 One Hundred Years of Solitude

Garcia Marquez’s most popular book remains, without a doubt, One Hundred Years of Solitude (Cien Años de Soledad)published in 1967, which sold over 30 million copies worldwide. The book follows the fictional story of several generations of the Buendia family, whose almost surreal lives evolve in and revolve around Macondo, a village created upon the realities of rural Latin America. The tone of the story is captivating and Gabriel Garcia Marquez uses ‘the way my grandmother used to tell her stories. She told things that sounded supernatural and fantastic, but she told them with complete naturalness. When I finally discovered the tone I had to use, I sat down for eighteen months and worked every day.’ One Hundred Years of Solitude marks nonetheless a shift in the author’s writing process, as its immense success brought him the meta-responsibility of no longer knowing for ‘whom of the millions of readers I am writing for; this upsets and inhibits me. It’s like a million eyes are looking at you and you don’t really know what they think’. 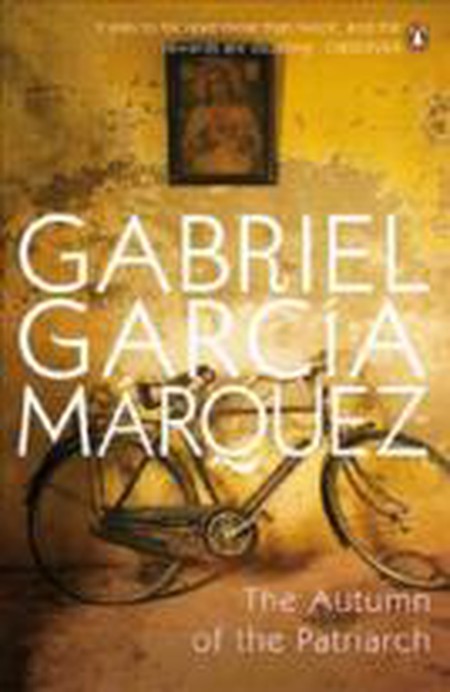 The Autumn of the Patriarch

Published in 1975, The Autumn of the Patriarch (El Otoño del Patriarca) is, as the author points out, a ‘historical book’ in which he conjures up his journalistic tendencies, as ‘to find probabilities out of real facts is the work of the journalist and the novelist, and it is also the work of the prophet’. The story follows, although not chronologically, the life and immense solitude of an eternal general, inspired by Latin American and Caribbean dictators, and particularly by Venezuelan Juan Vicente Gomez. The author acknowledged the genesis of the book in the image of a ‘very old man in a very luxurious palace into which cows come and eat the curtains’ which he came across in a bookshop in Rome: ‘I saw this photograph, and it was just perfect. I just saw that was how it was going to be’. 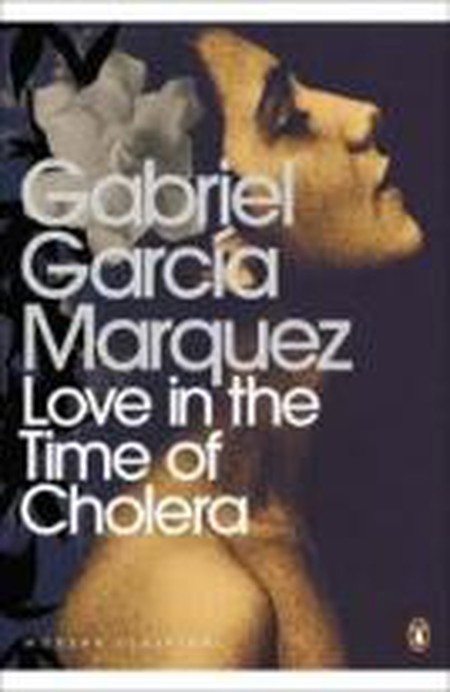 Love in the Time of Cholera

Published in 1985, Love in the Time of Cholera (El Amor en los Tiempos del Cólera)is an epic and unconventional romance that extends over decades before its characters, Fermina Daza and Florentino Ariza, actually find their happy ending. Their story is partially inspired by the author’s parents’ love affair, which faced fierce opposition from Garcia Marquez’s maternal grandparents. Because, or even despite this, their love served as inspiration to their son, but only until a certain point: ‘as soon as they were married, they were no longer interesting as literary figures’. Gabriel Garcia Marquez wrote Love in the Time of Cholera during his stay in Cartagena, a city on the Caribbean coast of Colombia, which he described as ‘the best year of my life, the most mature’, as it was then that ‘I learned how to live, how I wanted to live and how I have liked to live’. 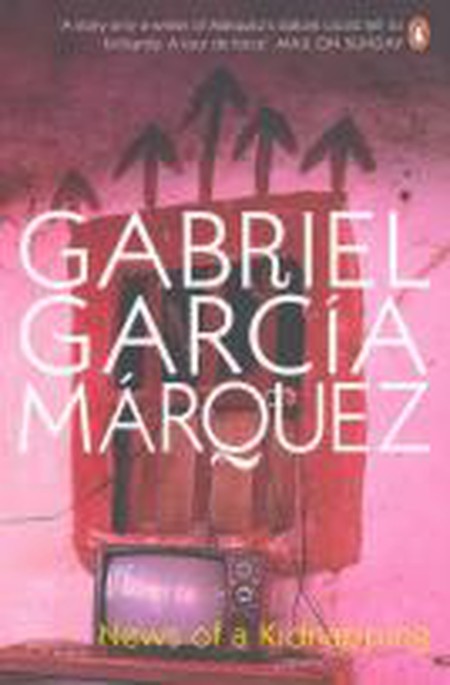 News of a Kidnapping

This non-fiction novel brings again to the surface the author’s journalistic experience and mindset. A chronicle of Colombia’s troubled and violent social realities, News of a Kidnapping (Noticia de un Secuestro, 1996) follows the real-life events surrounding the kidnapping of high-level Colombian figures by drug lord Pablo Escobar in the early 1990s. Based on interviews with those who survived the kidnappings and their relatives, the book stands out as a valuable journalistic and literary piece that brings to its readers the full spectrum of human emotions: fear, love, hate, courage, frustration, faith, despair and, in the end, hope. 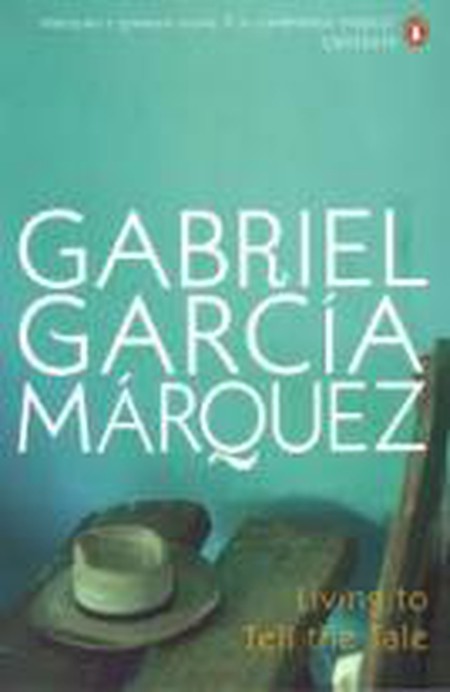 Living to Tell the Tale

The writer’s declining health from the late 1990s found him writing his memoirs, a process during which he reduced ‘relations with my friends to a minimum, disconnected the telephone, cancelled the trips and all sorts of current and future plans’. Designed as a trilogy, the first volume of Living to Tell the Tale (Vivir para Contarla) was published in 2002, narrating in the purest journalistic style his early life up until the point when future wife accepted his marriage proposal. A much-anticipated book, Living to Tell the Tale took three years of writing and thorough research, with the author interviewing many relatives and friends in the process. The narrative follows the deep emotional relation with his childhood village, the close connection with his grandfather, his struggles as a young journalist while documenting at the same time Colombian realities from the first half of the 20th century. Central to the book remains his journey towards becoming a writer: ‘But I also believe, without the slightest doubt, that in that moment I was already a beginning writer who only needed to learn to write’.

Gabriel Garcia Marquez’s journey as a writer cannot be separated from ‘his true profession’ as a journalist. In this role, Gabriel Garcia Marquez took part in some of the most tumultuous moments of his generation: the 1958 coup d’état in Venezuela, the trials of Cuban dictator Fulgencio Batista regime during the first years of Fidel Castro’s regime, or the interception of a code during the Bay of Pigs Invasion. His profession unequivocally impacted his work as a writer, the author recalling in an interview that ‘fiction has helped my journalism because it has given it literary value. Journalism has helped my fiction because it has kept me in a close relationship with reality’.

A journalist in love with his profession and one of the most popular Latin American writers, Gabriel Garcia Marquez was also the first Colombian to win the Nobel Prize for Literature. He accepted it in the name of the world he called home: ‘I have the impression that in giving me the prize they have taken into account the literature of the sub-continent and have awarded me as a way of awarding all of this literature’.