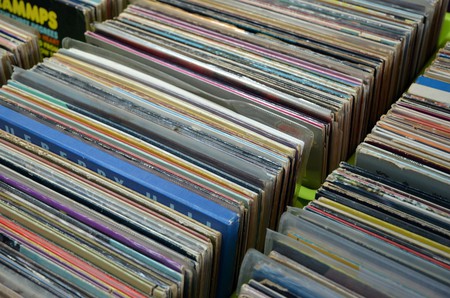 Colombian music is up there with the most diverse and exciting in the world – with a wealth of unique genres and innovative artists, music lovers can always find something to amaze them. However, Colombian music isn’t just limited to forgotten artists from the ’60s and ’70s – there are many exciting and innovative new artists emerging from the country’s musical melting pot and, along with them, some excellent independent record labels. Here’s our pick of Colombia’s coolest labels.

More than 20 years since its inception, the pioneering Palenque Records continues to amaze with the quality and diversity of its releases. Its founder Lucas Silva has been at the forefront of the resurgence of Afro-Colombian music, releasing both groundbreaking compilations of classic champeta and cumbia music, as well as overseeing new recordings from legendary Colombian artists such as El Sexteto Tabala, Los Alegres Ambulancias and Son Palenque. Palenque Records was almost single-handedly behind the renaissance of the ‘King of Psychedelic Champeta,’ Abelardo Carbonó, and they’re still going strong, releasing excellent new music from Son Palenque only this month.

Llorona Records is far more than just a record label – with their own in-house, state-of-the-art recording studio, they call themselves “a platform for the creation of projects connected to music.” As well as releasing work by some of the most innovative musicians in the country, they also work alongside a variety of foundations and projects aiming to preserve traditional music, strengthen the independent music industry in Colombia and develop cultural infrastructure. They also put out absolutely killer records – Sun a shine by Elkin Robinson, Asi tocan los indios and Dub de Gaita by Los Gaiteros de San Jacinto being particular highlights.

Polen Records has been home to some of the most famous names in modern Colombian music, both at home and abroad. Bomba Estereo, ChocQuibTown, Pernett, Cero39, Mitu, Mucho Indio, Systema Solar – all of these diverse artists have released music on Polen, and the label continues to be at the forefront of exciting new Colombian music, recently releasing El Leopardo, a pulsating collaboration between Dani Boom and Chongo de Colombia. This electrifying meeting between techno and the “mysterious desire of the jungle” suggests that there’s plenty more to come from Polen Records in the future. 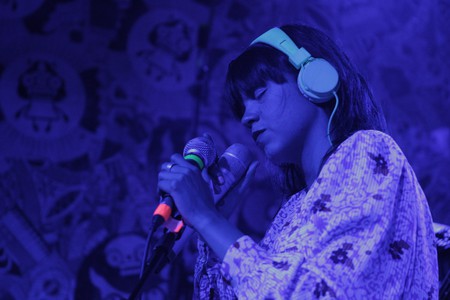 The new kids on the block, Big In Japan have only released one EP to date. However, the EP in question – Mis Tierras Calientes, “5 tracks of tropical goodness” by Colombian duo Cero39 – has marked them out as ones to watch. With a goal to “shed light on incredible talent and flourishing, but underrepresented, musical cultures,” Big In Japan is not focusing solely on Colombian releases in the future but – with their co-founder based in Bogotá – there’s definitely more exciting Colombian music to come. Their next release is already confirmed and sure to be exciting to connoisseurs of alternative Colombian sounds: new material from Colombian electronic music legend Dani Boom.

Another new and exciting label, Sello In-Correcto was born in 2016, alongside a magazine of the same name. In just a short time, they have already created a significant buzz in the Colombian alternative music scene, with a roster of artists including La Tromba Bacalao, La Sonora Mazuren, Santiago Navas, Jardín Láser, and Yopo. They already have a handful of EPs to their name – including La Tromba Bacalao’s El ritual pandémico, Arrullo de corto aliento by Jardín Láser and Problemática by Santiago Navas – and upcoming work from the electrifying cumbia collective La Sonora Mazuren surely marks them out for great things.

Translating as “Hot Cookies” – exactly what they aim to provide – Galletas Calientes Records was founded back in 2004 by Mathias “DJ Galletas Calientes” Lederer and Federico “Krak In Dub” Trujillo. They started the label originally to release their own music – a fusion of Latin rhythms and French songs – but after Mathias settled in Colombia and began exploring modern and traditional Colombian music, it took a different turn. Galletas Calientes have since released incredible music by Systema Solar, Carmelo Torres and Sunka, among others, and their innovative compilations – Palenque Records AfroColombia Remix Vol. 1 and Demencia Tropical: Alien Sounds from the Tropics – have marked them out as one of the most exciting independent record labels in the country.

Sonidos Enraizados is the label for traditional Colombian folkloric music – whether it’s traditional woodwind music from Cauca, marimba from the Pacific, bullerengue or gaita from the Caribbean coast, you can bet that Sonidos Enraizados has either released it or has plans to in the future! Part of the magic of the modern Colombian underground music scene is its reverence and connection to the ancestral sounds of Colombia, so this label is far from being seen as passe or old-fashioned by tastemakers in the country. Their enviable roster includes Paíto y los Gaiteros de Punta Brava and Carmelo Torres.