Colombia's 8 Most Underrated Festivals and Celebrations 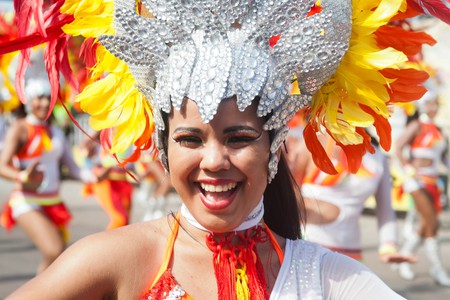 Colombia is a country with a wealth of festivals, holidays, and celebrations: there are festivals here dedicated to music, religion, food, drink, and some even more strange and bizarre topics! Everyone has heard of the iconic Barranquilla Carnival and Medellin’s Flower Festival, but there are some festivals that very few people are familiar with, so here are Colombia’s most underrated festivals and celebrations.

Probably the weirdest festival on this list – every Easter weekend the locals in the small Caribbean coastal town of San Antero dress up a bunch of donkeys in extravagant costumes and parade them through the streets, culminating in an actual donkey King and Queen being crowned. Supposedly the festival has its origins in the original Easter celebrations when a donkey would carry a Judas Iscariot effigy to a bonfire. Eventually, everyone stopped worrying about punishing Jesus’ betrayer and just decided to focus on dressing up the donkeys instead! It’s a 5-day festival, and besides the donkey parade, there’s lots of live music, drinking, and general merriment to enjoy.

The chilly, southern Andean city of Pasto is not one which sits high on the list of many Colombia travellers, but it is home to one of the country’s most culturally unique festivals: the Carnaval de Negros y Blancos, or Blacks and Whites’ Carnival. Celebrated every year on January 2-7, the festival has been declared a ‘Masterpiece of the Oral and Intangible Heritage of Humanity’ by UNESCO. On two different days, participants paint their faces either white or black and parade through the streets surrounded by giant floats created by local artisans. The Pasto Blacks and Whites’ Carnival is surreal and strange fun! 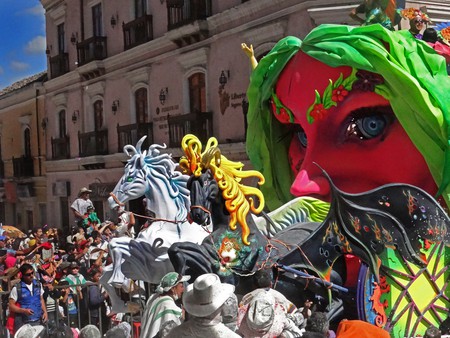 One of Colombia’s most wild and raucous festivals takes place annually in the riverine capital of Choco department, Quibdo. This small, isolated Pacific jungle city is far from the tourist radar, but San Pacho Festival is as good a reason as any to take the long bus journey from Medellin. First of all, it’s a 32 – yes, 32! – day celebration, running between early September and October. It’s also another UNESCO-recognised festival: it was named as an “Intangible Cultural Heritage” site. The festival commemorates the town saint, St. Francis of Assisi, but has fused these Catholic traditions with the African traditions of the region’s largely Afro-Colombia populace. 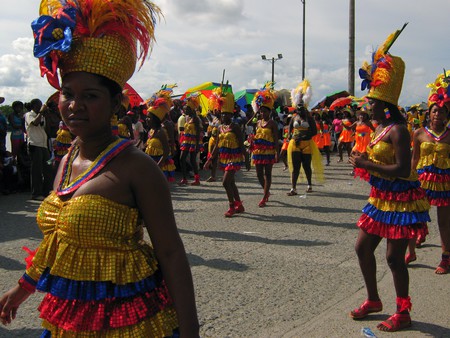 Since 1987, the people of Leticia in Amazonas department have celebrated indigenous cultural traditions during the International Festival of Amazonian Popular Music. It is also known as El Pirarucú de Oro Festival, or the Golden Pirarucú festival (the Pirarucú is the largest species of freshwater fish in the world, and is an important symbol of Amazon indigenous cultures), and is held every November. It is the most important celebration of traditional Amazonian music and gathers people from Colombia, Peru, and Brazil together in sharing these ancient customs.

The Carnival of the Devil

Colombians often declare the Carnaval de Riosucio, or Carnival of the Devil as it is colloquially known, as the best festival in the country. It takes place on January 2-10, every two years on odd numbered years (meaning the next one is scheduled for 2019). The roots of the festival come from a conflict between the local indigenous population and Spanish settlers in the 18th-century – the town of Riosucio was created in 1819 as a compromise, when the two populations agreed to share the land and coexist. The Devil in this context is actually not an evil figure, rather a symbol of unification, and the festival itself places a strong emphasis on costumes and dancing. 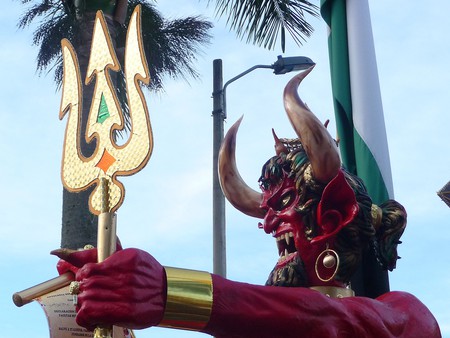 The devil arrives in Riosucio | © tatalhos/Flickr

The tiny, laid-back riverside town of Mompox has a reputation for being peaceful and relaxed, and it is for most of the year. However, for a weekend in mid-October every year, the little town comes alive to the sounds of jazz music, as both national and international musicians flock to Mompox to show off their musical talents on the banks of the Magdalena River.

Raucous, riotous, and uniquely Colombian, the Jeep parade – or Yipao – is held every year in the towns of Armenia and Calarca in Quindio, the heart of the Colombian coffee region. A celebration of the iconic Jeep Willys which have been an essential element of life in the Coffee Region since they were first imported from the USA in the mid-1940s – the festival features parades of jeeps, stacked high with traditional items and coffee sacks, as well as a more intense section, when drivers perform daredevil stunts in their jeeps while driving on only their back-wheels! 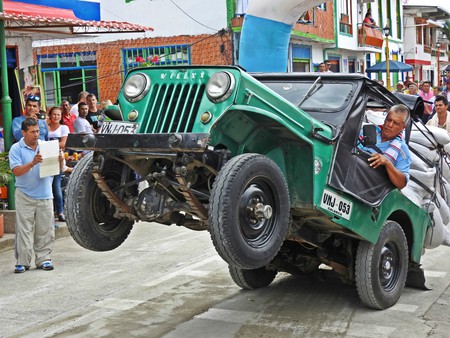 This thoroughly fun and off-the-beaten-track celebration of Afro-Colombian music, culture, and identity takes place every October in the tiny village of San Basilio de Palenque, which was also the first ever freed slave settlement in the Americas. Billed as a celebration of tambores – a drumming style typical of the region – and cultural expressions of Palenque, the festival is a few days of amazing live music, dancing, food, and fun. There are also drum workshops, lessons in traditional hair-braiding, and the unique Palenque language.