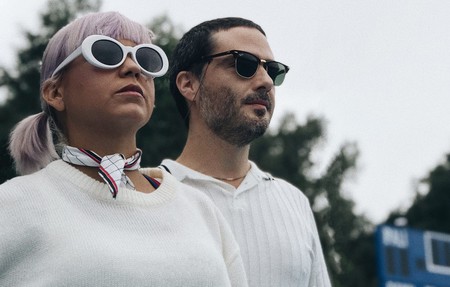 Colombian electropop act Bomba Estéreo talk to Culture Trip ahead of their headlining gig in London.

Bomba Estéreo’s music is deeply rooted in Colombian culture. The five-piece, which was formed by Simón Mejía in the capital Bogotá, incorporate the country’s folk music and traditional instruments into their exuberant electropop. It’s fun, raucous and energetic.

Their 2015 song ‘Soy Yo’, which means ‘I’m Me’ in English, became a viral hit and an unofficial anthem for the Latin community in the US. The track, a celebration of self-love and individuality with a strong anti-bullying message, was part of a campaign urging them to vote during the presidential elections.

Their music even tempted Will Smith out of semi-retirement from rapping – he made his comeback after 10 years on the remix of their track ‘Fiesta’. The band recently joined Arcade Fire on their world tour after frontman Win Butler saw them perform years ago and was so impressed he got in touch.

Bomba Estéreo’s last album Ayo, released in 2017, was composed in the Sierra Nevada mountains in Colombia where the band took part in a spiritual ceremony with the Kogi people that live there. The band are heavily influenced by genres that originated from the Colombian Caribbean region, including cumbia, champeta and bullerengue.

Never has the meeting of folkloric and futuristic sounded so impressive.

We talk to the band ahead of their London show at XOYO on Monday, 16 July.

Simón Mejía (SM): Our music is very Colombian. Colombia is a country that loves to dance but at the same time it’s a very tragic country. We like to dance and we cry. I’m not saying our music is tragic but the lyrics are very deep so it makes you dance, feel and think about profound things like love and happiness. When you listen to our music, it makes you feel very happy but also feel deep emotions.

CT: What influences your music?

SM: The main influence is Colombian folk music called cumbia. It’s music that was created centuries ago by the Indian and African diaspora. The African music that came via the Caribbean like champeta is also another influence. We mix Colombian Caribbean with electronics, a bit of hip-hop, and that’s the Bomba Estéreo sound.

CT: Why do you think Latin music is so popular at the moment?

SM: Latin music has always been very popular over here. It’s easy to dance to and everyone wants to dance. Also the internet has helped. ‘Mi Gente’ and ‘Despacito’ have had millions of views on YouTube. It’s a mix between the dance phenomenon and internet phenomenon. People want to listen to fresh new things.

CT: What part does spirituality play in your music?

SM: Colombia is a very indigenous country. We’re very connected to that. It’s mainly about taking care of nature and Mother Earth. That’s something that can be found in music. We’re going through a really difficult stage in the world and music has to be a way of making people aware we have to make some changes.

CT: Any plans for new music?

SM: We’re planning to make a new album next year and release it in 2020. Before that we’re going to be releasing some singles.

CT: Where in Colombia would you recommend for a music fan?

SM: It’s so diverse. We have tonnes of music. As an entry, a nice place for nature is the Caribbean coast. One way to start is through Carnival. Latin America has the tradition of Carnival from New Orleans circling through the coast to Barranquilla and then to Rio in Brazil. You’ll see all Caribbean music in one place. It’s a very beautiful place.

CT: Your song ‘Flower Power’ is about female empowerment. How did that come about?

SM: It was inspired by this whole situation that has been happening for many years but is now more visible. Women saying that we need to stop this and it’s not normal. This male energy has been dominating. Women are starting to say things and express all this shit that is happening in the world. Li (Saumet, vocalist) talks about that from her heart about what’s happening here in Colombia. Women cannot be silent. They have to speak and they have to stop the mistreatment they’ve suffered.

CT: What is your album Ayo about?

SM: It’s about being disconnected and getting connected again with the Earth’s energy. It’s a very organic and indigenous album.

CT: What was it like working with Will Smith?

SM: It was crazy! All the things that happened to us have happened very organically. He called the record label to say, “Hey, I’m Will Smith. I loved that Bomba Estéreo track (‘Fiesta’). I want to sing on it.” When they told me I thought it was a joke. This just randomly happened so we said, “OK, let’s do it.” Working on the video was like being in a Hollywood movie. He was really nice to us and many people came to know the band through him. It was amazing. We were very thankful. He loves Colombia. He keeps coming every year for concerts or to see friends.

For tickets to their gig, visit the Live Nation website here.