Everything You Wanted to Know About Champeta 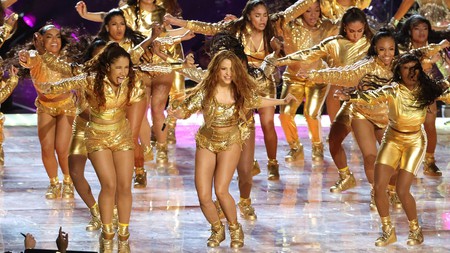 During the 2020 Super Bowl, viewers were dazzled with a halftime show that placed Latin rhythms front and center, with pop stars Jennifer Lopez and Shakira performing as headliners. Many of Shakira’s backup dancers hailed from her hometown of Barranquilla, Colombia, and their choreography borrowed moves from a popular Afro-Colombian dance style called champeta.

Champeta is characterized by three sequential parts that include an introduction, a chorus and a repetitive element called el Despeluque, which loosely translates as “messed-up hair” and is intended to cajole listeners into breaking out their best dance moves. Songs are usually sung in Spanish or Palenquero, a Spanish-based Creole language that is spoken in San Basilio de Palenque, Colombia. The associated champeta dance moves require performers to stay light on their toes with bent knees as they complete fancy footwork and hip swivels.

Champeta is more than just a series of dance moves, though. Hailing from the Caribbean coast of Colombia, in particular Cartagena, San Basilio de Palenque and Barranquilla, champeta emerged as a cultural movement in the 1970s and has been steadily growing in popularity ever since. Understanding the etymology of champeta provides insight into the significance of its reclamation and reinvention as a musical phenomenon.

A history of champeta

Before it became a dance and musical genre, champeta referred to a short, curved knife that was used throughout the Caribbean coast of Colombia as a kitchen instrument, in manual labour and in some instances as a weapon. In the 1920s, the word was used as a social identifier and the related “champetudo” was a derogatory term used to describe low-income Afro-Colombians who lived in the outlying areas of Cartagena, including San Basilio de Palenque, the first free black town in the Americas.

Originally known as “creole therapy,” champeta culture began to spread along Colombia’s Caribbean coast in the early 1970s when West African sailors who docked in Cartagena and Barranquilla left behind the records of Afrobeat pioneers such as Nigeria’s Fela Kuti and Prince Nico Mbarga, Cameroon’s Louisiana Tilda and the Ivory Coast’s Ernesto Djédjé.

Costeños, as residents of Colombia’s Caribbean coast are often called, could not get enough of these rhythms, and it wasn’t long before producers copied the vinyl records to the point that they could no longer be used, forcing the locals to create their own. Colombian musicians blended the imported African beats with Antillian dancehall, Haitian méringue and Afro-Colombian and Indigenous influences to inspire the music that eventually morphed into champeta. Popular songs were remixed for Spanish audiences, such as Fela Kuti’s 1972 track Shakara, which became Shakalao.

Bogotá native Lucas Silva founded his champeta-focused Palenque Records label in 1996, allowing artists such as Abelardo Carbonó, Wganda Kenya and Justo Valdez to rise as innovators of the genre. Palenque Records continues to represent some of the country’s most popular Afro-Colombian bands.

The burgeoning champeta sound soon spread among Caribbean communities via decked-out loudspeaker systems known as picos. Played throughout the streets of Cartagena and nearby barrios, picos allowed access to the new music for those who could either not afford or were not permitted entry into popular nightclubs.

At its core, champeta champions the resilience and pride of the Afro-Colombian cultures responsible for its creation. Because of its relation to the term “champetudo” and association with lower social status, many Colombian politicians and the social elite categorize champeta as “thug music,” claiming it encourages violence and results in teenage pregnancies. Just five years ago, Colombian politicians attempted to enforce a ban on champeta for its supposed bad influences, but just like previous campaigns against cumbia and mapale, this attempted censorship only served to stoke the fires of champeta’s spreading popularity.

Despite political pressure, champeta continued sweeping the nation, appearing in chart-topping songs, including La Voladora by El Sayayin, as well as in radio and TV commercials. In 2016, Cartagena’s government acknowledged its significance and officially recognized champeta as “the music of the [Caribbean] region.”

One of the most celebrated places to experience champeta in Cartagena is Bazurto Social Club. For those who want to hone their moves before stepping onto the dance floor, Bazurto offers lessons Wednesdays to Saturdays at 10.30pm before the club gets packed. The classes are free with an entrance fee of COP10,000 (about US$2.50). Located in the Old City, Crazy Salsa School also offers champeta classes as well as classes for other dance styles.

Those who want to experience the authentic Costeña culture need look no further than champeta. Whether the goal is to learn the steps or simply appreciate its rhythms, this unique music and dance trend offers an intimate look into the innovative and tenacious spirit that defines the region.