A Walking Tour of Mompox's Most Precious Colonial Sights 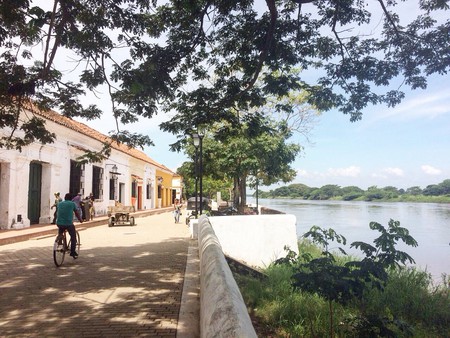 First up on your walking tour is Mompox’s most striking and second-oldest colonial building: the Santa Bárbara church. With its bright yellow facade, intricate white detailing, and unusual bell tower balcony, 400-year-old Santa Barabara steals the heart of every passerby. For 2,000 pesos (less than $1USD), you can climb to the top of the bell tower for beautiful views of the river and surrounding countryside too. 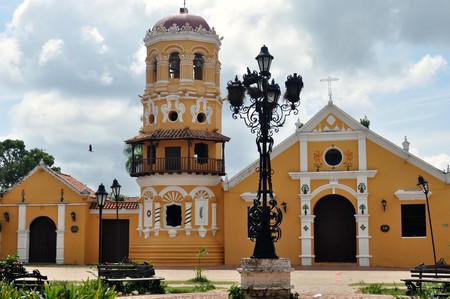 A spot not to miss on your colonial walking tour is Mompox’s most pristine public space: the Municipal Cemetary. Around a central chapel, a wall of whitewashed graves are stacked high (sometimes up to six) atop each other to create an impressive wall of elaborately decorated tombs. The shady park at the entrance of the cemetery is a popular gathering point for locals – join them! 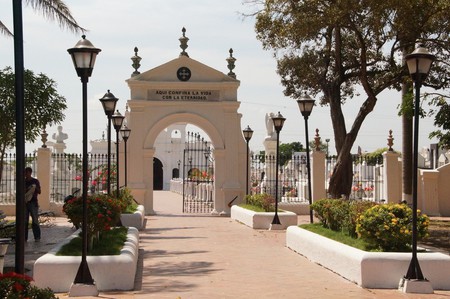 Not to be confused with the nearby Hotel Portal de la Marquesa (although this hotel is also worth a peek, as the architecture is just as stunning), Los Portales de la Marquesa refers to four famous adjacent houses that decorate the river’s edge. These colourful colonial houses are some of the oldest and most picturesque homes that you’ll see in Mompox. Each one has been carefully preserved – including beautiful brightly coloured pillars and grand windows – to ensure they look as they did almost 200 years ago. 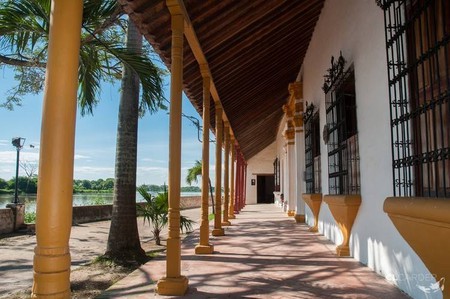 Just a few minutes walk from Portales de la Marquesa sits Mompox’s most famous monument. Piedra de Bolivar recorded the comings and goings of Simon Bolivar during Latin America’s fight against Spanish rule. In 1812, it was here that Bolivar disembarked to recruit 400 Momposino troops to help free Venezuela. It was only two years earlier that Mompox had been the first town in Colombia to announce its independence from Colonial rule. But we’ll get onto that in a second. 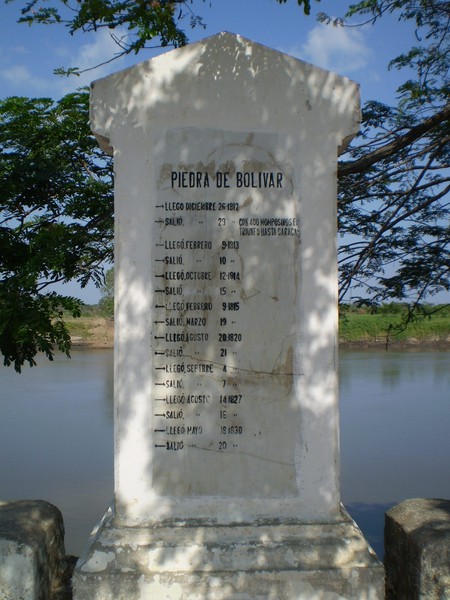 Keeping with the theme of revolution, it was in the Plaza De La Libertad that, on the 6th of August 1810, Mompox’s independence from Spain was announced to the cheers of thousands of Momposinos. In the centre, you’ll see the town’s Statue of Liberty with Simon Bolivar’s famous words: “If I owe my life to Caracas, then to Mompox I owe my glory.” With its shady benches and beautiful surrounding colonial buildings, this is a great spot to stop a while too. 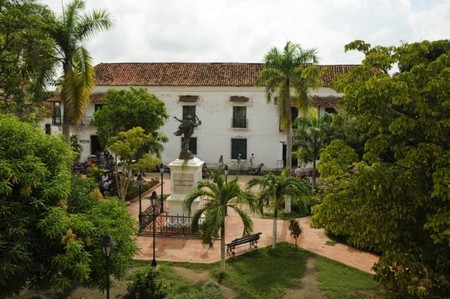 Next up is Mompox’s most prestigious education centre. Having been built in 1804 by colonial powers, Colegio Nacional Pinillos resembles more of a grand palace than a school. With its palm-fringed courtyard and beautiful golden archways, this is Mompox’s colonial architecture at its finest. Make sure you ask the locals about the important figures who once studied, taught at and visited this location. 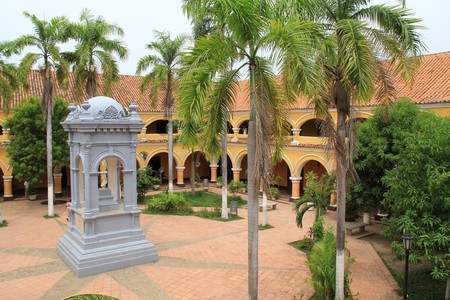 This church may look a little understated, but, out of the six churches in Mompox, Iglesia de San Francisco is the oldest – and, therefore, full of history. Dating from 1580, this petite church is instantly recognisable by its deep red facade and white detailing. Inside, you’ll find the walls adorned with stunning religious art and a colourful wooden altarpiece. If you do want to peek inside its doors, though, you’ll have to wait for evening mass. 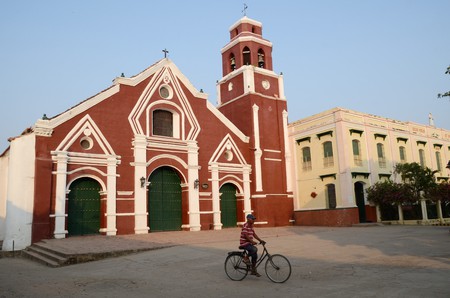